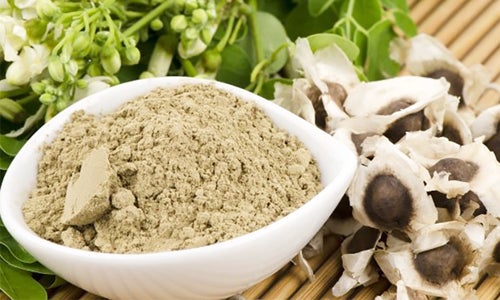 By some estimates, the state of American health looks pretty grim. And much of it is directly tied to poor diets.

Based on current trends, one in three American adults—about 146 million people—will be suffering from type 2 diabetes by 2050, according to estimates by the Centers for Disease Control and Prevention (CDC). That year, say researchers at Harvard University, 42 percent of Americans will be obese, up from the current figure of 35 percent.

What has more protein than yogurt, more calcium than milk, more B vitamins than peanuts, more potassium than bananas and more vitamin A than carrots? Moringa.

The U.S. Department of Agriculture (USDA) reports that in 2000, partially because of a surge in meat consumption, the average American ate almost 20 percent more calories than he did in 1983.

The problem isn’t only that we’re eating too much, but that we’re eating a lot of bad stuff: According to the CDC, more than 11 percent of the American diet comes from fast food. Could the gloomy 2050 predictions be averted? A hopeful sign is the growing interest in healthy diets and in particular, superfoods. New research by Mintel, a market research firm, has found that between 2011 and 2015, the number of new food and drink products to hit the marketplace containing the terms “superfood,” “superfruit” or “supergrain” increased more than 200 percent worldwide. Just a cursory glance at your local Whole Foods will give you a sense of how ubiquitous the word has become to sell various foods and drinks.

And while the term superfood has been used aggressively as a marketing tactic, it’s a real concept. The Oxford Dictionary defines a superfood as “a nutrient-rich food considered to be especially beneficial for health and well-being.” But that doesn’t mean superfoods should be treated as panaceas. While Cancer Research UK points out that superfoods are often marketed as having the power to prevent or even cure various diseases and ailments, it warns that consumers “shouldn’t rely on so-called ‘superfoods’ to reduce the risk of cancer. They cannot substitute for a generally healthy and balanced diet.” But that doesn’t mean they can’t be a part of a healthy and balanced diet.

Interested in making the most of what you eat? Try including these five “superfoods” in your diet. (And as with any change in diet, check with your doctor before trying anything new). 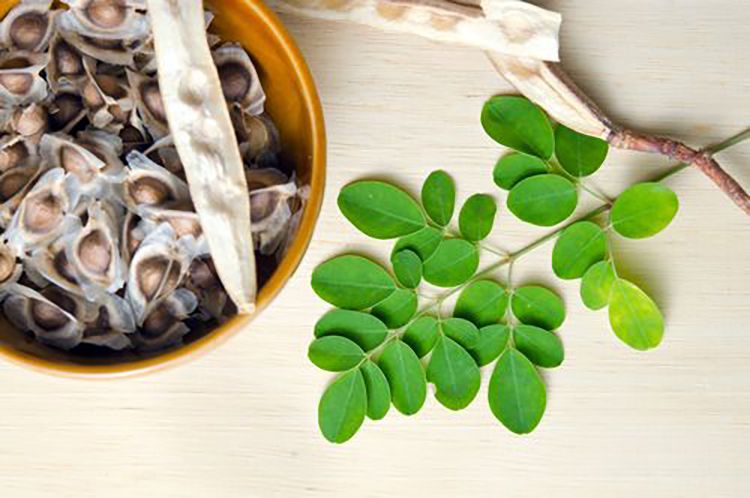 What has more protein than yogurt, more calcium than milk, more B vitamins than peanuts, more potassium than bananas and more vitamin A than carrots? Moringa.

People in Africa and Asia have long known the health properties of moringa, a tree whose seed pods taste like a sweeter version of green beans and whose leaves have a peppery flavor. “In India, we call moringa the drumstick tree, for its long, drumstick-like seed pods,” wrote Maanvi Singh on NPR.org. “It’s easy to come by in Mumbai, where I grew up. My mother would use the young, tender pods to make this amazing lentil stew called sambhar.”

Packed with protein and phytochemicals (compounds that may reduce the risk of chronic disease), moringa also has all eight essential amino acids. And while there’s also compelling evidence that moringa can help diabetes and function as an anti-carcinogen, Singh points out that the current research is preliminary.

Still, the plant punches way above its weight in nutrients. “Milligram for milligram, it outperforms many of the classic sources of vitamins and minerals by multiples, such as 25 times the amount of iron as spinach or seven times the amount of vitamin C as oranges,” wrote Jonathon Engles, a food writer and eco-gardener who first discovered it in Guatemala, where it is being used to fight malnutrition.

If you can’t find moringa locally, buy it online, but be sure to look for the responsibly sourced, fair-trade variety. But the best option is simply to grow your own. If you live in USDA Hardiness Zones 9, 10 or 11, you can easily grow moringa trees. And next time you go camping, you might want to bring some dried moringa seeds with you: Just a few crushed up seeds can purify a bottle of contaminated water. 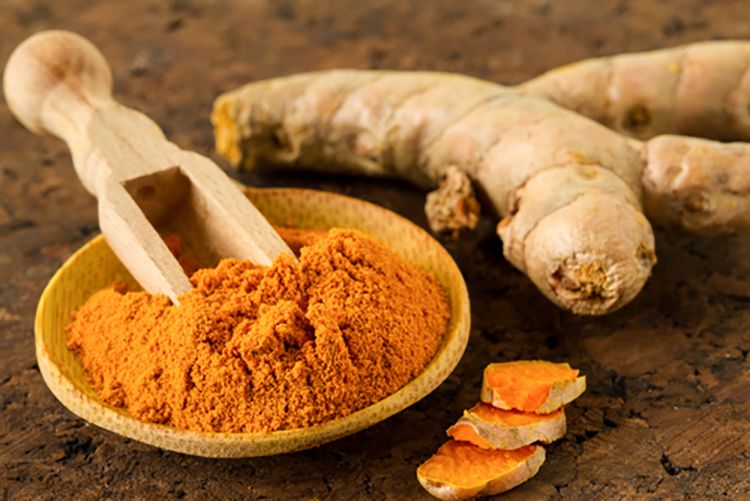 Google searches for turmeric have surged by 300 percent over the last five years, according to the company’s 2016 Food Trends Report. In fact, turmeric latte (aka “Golden milk), a drink made of juiced turmeric root and nut milk that is fast becoming a cultish, healthy alternative to coffee, may be 2016’s drink of choice, notes Saba Imtiaz of the Guardian. She adds, “Turmeric lattes are now being sold at cafes from Sydney to San Francisco and the drink is gaining fans in the UK.”

A member of the ginger family whose root is widely used as an ingredient in medicines, turmeric is a superfood that has many health properties. Since ancient times, turmeric has been used to fight inflammation, a power given to it by the compound curcumin, which has been found to inhibit several molecules that play a role in inflammation in human clinical trials.

It has also been used to treat a wide number of ailments, including arthritis, heartburn, ulcerative colitis, diarrhea, high cholesterol, headaches, bronchitis, fibromyalgia and depression. Curcumin may also help fight cancer, as its antioxidants may help prevent free radicals from damaging cellular DNA.

The fact that its wide-ranging health properties may be used as a potential treatment for a number of afflictions common to older people means that turmeric isn’t just a hipster fad. “Turmeric has potential as an ingredient in supplements and functional food and drink products, particularly within products aimed at the growing senior population,” said Stephanie Mattucci, a global food science analyst at Mintel.

A 2012 study backs up her view. Researchers described three patients with Alzheimer’s disease whose behavioral symptoms were “improved remarkably” after consuming 764 milligrams of turmeric for 12 weeks. The researchers concluded that turmeric is “effective and safe” for the treatment of the behavioral and psychological symptoms of dementia in Alzheimer’s disease patients.

“After bubbling under the surface for many years, with those of us immersed in the world of curcumin saying ‘any minute now,’ it finally broke into the mainstream in a big way two years ago,” wrote Shaheen Majeed in Natural Products Insider in December. “We believe it was propelled by an overwhelming growth in the body of science on its safety and efficacy.”

Generating more than $20 million in revenue in 2014, curcumin is the top-ranking natural herbal supplement. (As a dietary supplement, curcumin extracts are generally preferred, since in its raw state, turmeric has low bioavailability).

Here’s an easy recipe to get your turmeric on: Iced turmeric latte. 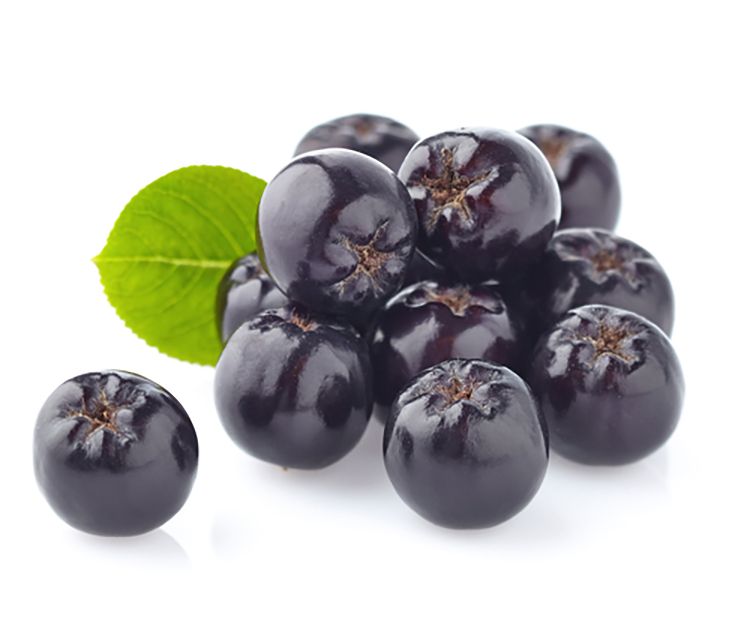 Native to the Great Lakes region and northeastern U.S., aronia (aka chokeberry) have been used in many food products, from jam, salsa and syrup to ice cream, beer and wine. But this dark, sour berry that has long been prized by Native Americans as a miracle fruit has emerged as a potent superfood.

The primary reason is its high anthocyanin content. A class of more than 600 naturally occurring plant pigments, anthocyanins, a type of phytochemical, confer a dark red or purple color to many fruits and vegetables, such as purple berries, red grapes, eggplant and purple corn. There is a growing body of evidence of anthocyanins’ wide-ranging health benefits.

“Based upon many cell-line studies, animal models and human clinical trials, it has been suggested that anthocyanins possess anti-inflammatory and anti-carcinogenic activity, cardiovascular disease prevention, obesity control and diabetes alleviation properties, all of which are more or less associated with their potent antioxidant property,” according to a 2010 Ohio State University study.

While anthocyanins are present in all those purple fruits and vegetables, none contain nearly as much as aronia. According to USDA figures, aronia has 2,147 milligrams of anthocyanin per 100 grams of berry. That outperforms the second-place elderberry (1,993 mg), as well as eggplant (750 mg), blackberries (353 mg), Concord grapes (192 mg) and red cabbage (113 mg).

If you live in USDA Hardiness Zone 3, you can grow your own and eat them right off the bush. But they’re also perfect in smoothies. Here’s a video on how to make one: 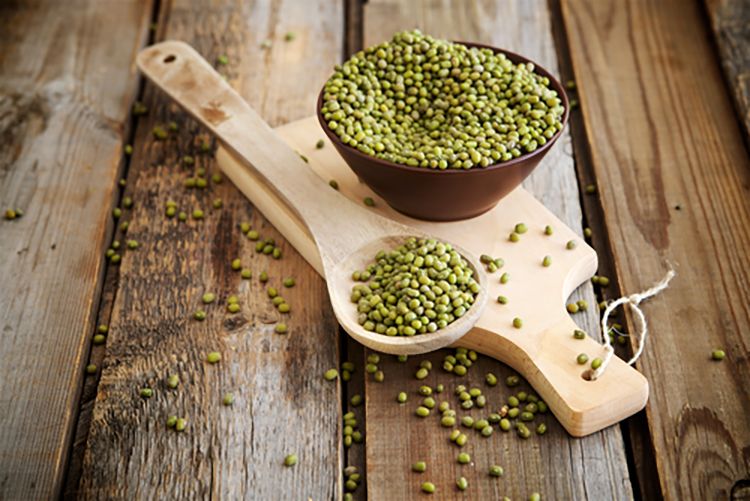 A popular food in India, China and Southeast Asia, the mung bean has a nutty, sweet flavor that complements sweet and savory dishes. While they are packed with potassium, iron, magnesium and fiber, it’s the protein content that is amazing: 24 percent. It’s no surprise that they are popular, even for breakfast, in India, where 40 percent of the population is vegetarian.

While most other legumes lose their vitamin C content after cooking, mung beans retain most of it. Also, studies have shown that fermented mung bean extracts can help lower bad cholesterol levels and also blood sugar levels, which is good news for diabetics.

“Sprout mung beans overnight (using a simple sprouting vessel) and eat over rice,” suggested Rich Roll, a vegan athlete who Men’s Fitness Magazine dubbed one of the “25 Fittest Men in the World.”

“Alternatively, you can make a broth with turmeric or even brew a coffee-like drink in a French press with nutritional yeast,” he wrote.

Learn how to grow mung bean sprouts at home with this video: 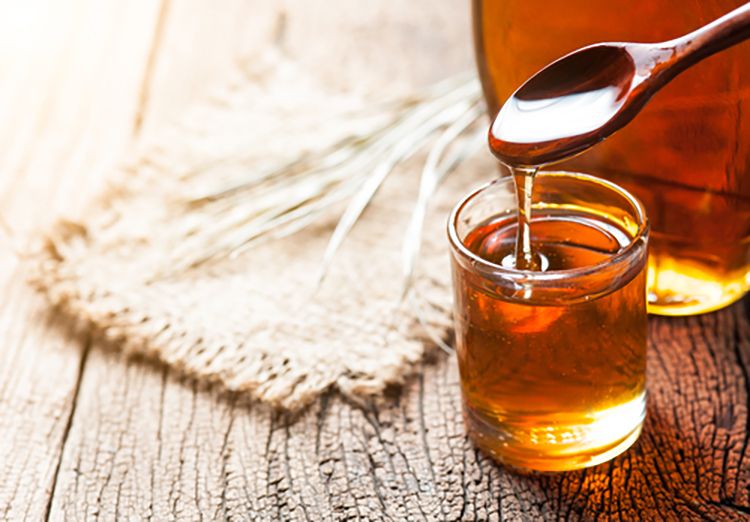 It was hiding in plain sight all along. An American kitchen staple, maple syrup is now being hailed as a superfood because it contains anti-cancer and anti-inflammatory compounds that can also help manage type 2 diabetes. As a recent Daily Mail headline heralded, “Maple syrup joins the ranks of broccoli and blueberries as new ‘one-stop shop’ superfood.”

While you might eat it with pancakes, new research suggests you should be eating it a lot more. “We don’t know yet whether the new compounds contribute to the healthy profile of maple syrup,” said Navindra Seeram, who led the research at the University of Rhode Island. “But we do know that the sheer quantity and variety of identified compounds with documented health benefits qualifies maple syrup as a champion food.”

The finding puts maple syrup alongside such known superfoods as berries, red wine (in moderation), tea and flaxseed.

Here are 11 new ways to ways to include maple syrup in your diet.