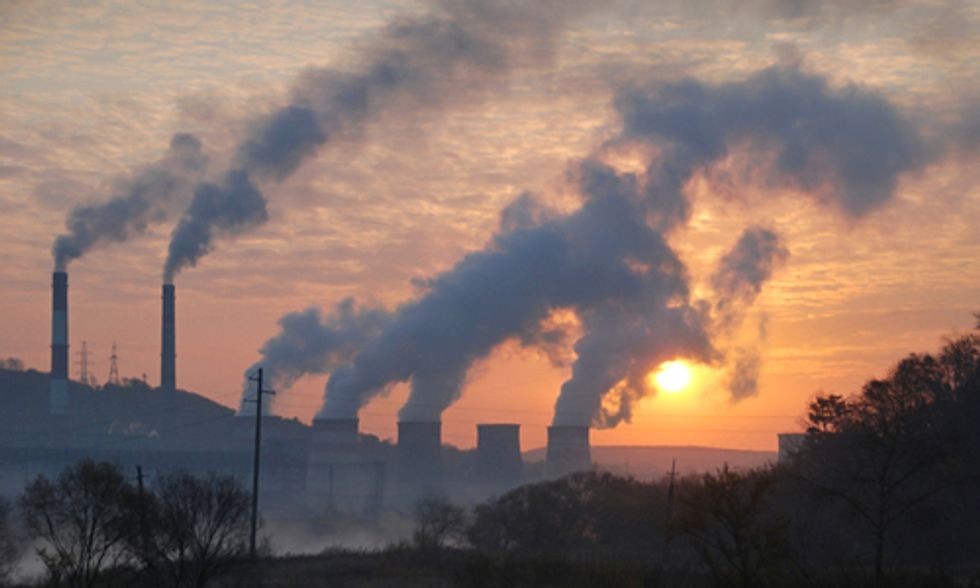 Hundreds of mayors convened in Dallas, TX, yesterday for the 82nd annual meeting of the U.S. Conference of Mayors. Climate change was expected to play a prominent role on the meeting’s agenda because these mayors understand that the nation’s cities and towns are the front line of the response to climate change. This meeting comes on the heels of the U.S. Environmental Protection Agency’s (EPA) recently unveiled Clean Power Plan, which proposes carbon-pollution limits for the nation’s existing fleet of currently unregulated power plants. What some observers may not appreciate is that mayors can contribute to—and benefit from—plans to cut dangerous carbon pollution.

The EPA proposal is results oriented and highly flexible. It proposes to set a target for each state based on that state’s potential to reduce carbon pollution. This means that states can tailor their federal carbon-pollution plans to align with state priorities. It also means that everything a city does to cut pollution will help its state meet the target.

Cities have every reason to want to cut pollution. First, reducing carbon pollution will deliver air quality benefits that will help prevent asthma attacks and other illnesses. The EPA estimates that its proposal will avoid 2,700 to 6,600 premature deaths and 140,000 to 150,000 asthma attacks in children. Second, cutting carbon pollution will help minimize the impact of climate change and associated extreme weather events. After an extreme weather event, mayors and their cities are directly accountable for fixing physical damage, mitigating job losses and building more weather-resilient structures. These extreme weather events are likely to become more frequent or more intense in the coming years due to human-induced climate change, according to the EPA. Between 2011 and 2013, the U.S. experienced more than $208 billion in damage from the most severe weather events alone. Reducing the impact of these extreme weather events is in the best interest of cities and their residents.

Cities have the opportunity to adopt policies that help states achieve the proposed EPA carbon-pollution standards and prevent the worst effects of climate change. Five examples of these policies are outlined below.

The EPA’s Clean Power Plan regulates carbon pollution that stems from electric power plants. As states examine the large-scale electricity generators that serve an entire state or region, cities should determine if their municipal-owned electric utilities could help their state meet its goal. As of 2012, 803 cities and counties had municipal electric utilities. Of these, 298 generate their own electricity, 182 transmit electricity and 772 manage distribution. Some municipal utility districts are members of rural electric cooperatives, which pool resources for a shared benefit.

The EPA cites energy efficiency as one of the four “building blocks” that states should use to meet a carbon-pollution standard. Since buildings can account for up to 40 percent of energy use, addressing building energy efficiency is essential to reducing carbon pollution and energy costs. Cities can help states achieve energy-efficiency goals by updating building codes for municipal, residential and/or commercial buildings to encourage development of energy-efficient technology, reflect best practices of the energy industry, and reduce energy costs, all while helping states implement the Clean Power Plan.

Mayors can follow the lead of cities ranging from New York City to Amarillo, TX, which have developed their own energy-conservation construction codes, or adopt consensus-based standards developed with energy experts. The International Code Council’s 2012 standards, which have already been adopted by 21 states and some localities, can serve as a guideline. Additionally, the International Energy Conservation Code (IECC) serves as the national model energy code for the U.S. and is another resource available to cities. If cities have failed to adopt or update building energy-efficiency codes, they have a big opportunity to do so now: the 2012 IECC code is 30 percent more efficient than the 2006 version.

Distributed generation, or DG, refers to electricity that is generated close to its point of use. DG can include consumer-owned solar panels or business-owned energy systems that are connected to a local grid. Distributed renewable energy can cut pollution, increase reliability, and avoid the need for costly infrastructure investments. It can also save consumers money by offsetting peak electricity demand. Net metering policies that compensate customers with money or credit when their systems generate more electricity than they use can also complement DG systems.

Mayors with municipal utilities could increase opportunities for DG partnerships. Those without local utility controls could support economic incentives for DG to increase energy reliability, lessen the effects of carbon pollution, and help states meet their carbon standards.

The EPA’s interactive “Where You Live” tool summarizes climate change impacts and state actions to limit greenhouse gas emissions. Click on the map to access the EPA's information.

Along with distributed-generation policies that can help states meet their implementation plans, cities should encourage the increased use of renewable energy through credits and tax rebates. Many cities and counties offer rebates for the installation of renewable energy. State law may also permit a city to exempt local property taxes for renewable energy improvements. Alaska, Colorado, Rhode Island, Vermont, Virginia and Maryland are just some of the states that offer these incentives to cities. While this will reduce funds from property taxes, cities can appeal to state governments that are benefitting from reduced carbon output for assistance with implementation of tax credits or rebates.

Property Assessed Clean Energy (PACE) loans are financial tools that help property owners finance energy-efficiency and renewable energy projects for their property. Under a PACE program, a local government helps a home or business finance the initial cost of certain energy improvements. The property owner repays the cost through an assessment on their property tax. The financing is tied to the property, so if the owner sells the property, the financing must be repaid or carried over to the next owner. PACE allows property owners to install renewable energy without a large initial payment and maximizes the cost-benefit ratio for consumers, all while meeting the city or state’s low-carbon goals. PACE seems especially promising for commercial properties.

At least 31 states and the District of Columbia have laws that permit counties or municipalities to institute PACE programs. Connecticut signed PACE legislation in 2012 to help cities establish financing for energy-efficiency and renewable energy projects. Since then, 84 cities and towns have signed up to participate. Last year, it was reported that Connecticut had closed the financing for projects worth $7 million, had more than 100 projects worth an additional $13 million in development, and were monitoring projects with an average worth between $300,000 and $500,000. In Connecticut and elsewhere, PACE has offered increased job opportunities, reduced the need to pay for energy, and helped reduce carbon pollution. Cities should embrace policies such as PACE for many reasons, one of which is the opportunity to help meet state requirements to reduce carbon pollution.