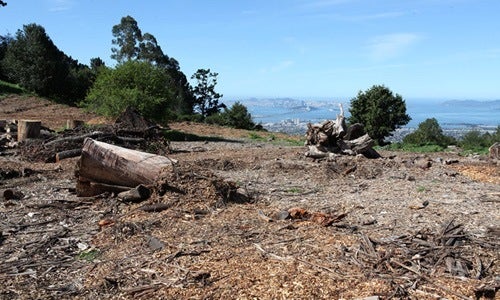 The largest San Francisco Bay Area forest clearcut in 100 years will begin in August. An estimated 450,000 healthy, mature trees in the Oakland and Berkeley hills and county parklands will be cut down and chopped into logs and piles of wood chips. 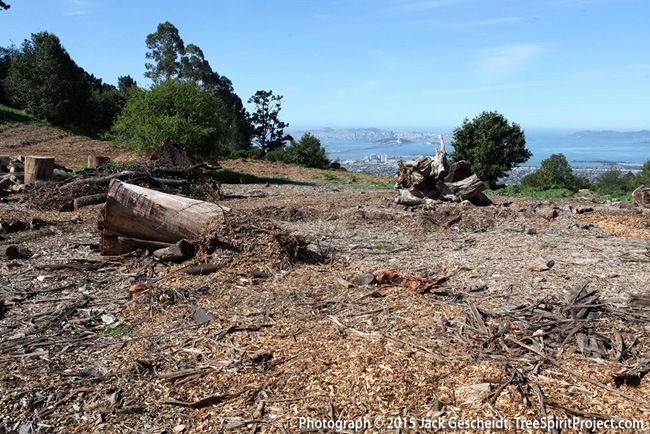 Included in the deforestation plan:

The public is mostly unaware of the plan. There is no website or overview provided by the three agencies doing the clearcutting—East Bay Regional Parks District, City of Oakland and University of California, Berkeley—presumably because of public outrage if the huge numbers of trees to be felled were known.

The approximate half-million trees estimate was also not provided by the agencies, but determined by an independent citizen group, one of several working to preserve the urban forests by publicizing the plan. 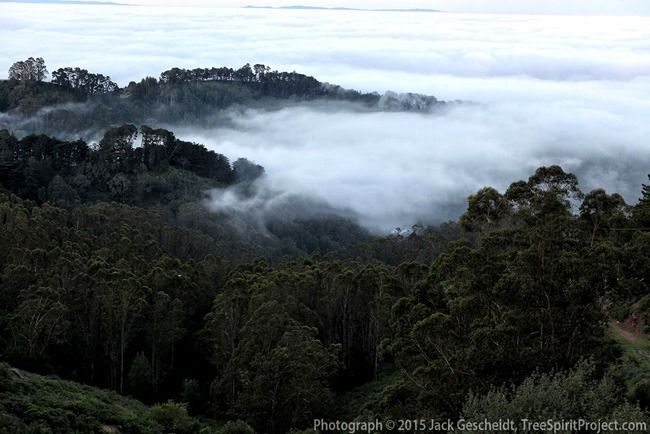 1. Applying thousands of gallons of Monsanto Roundup and Dow Garlon to tens of thousands of tree stumps, twice each year, or as needed, to prevent re-sprouting, in perpetuity. These toxic chemicals will leach into land, groundwater, mammals (like rodents who live in stumps), birds (like raptors who eat rodents) and humans who use the parklands.

2. No replanting of any kind is planned so this is not habitat “restoration” as claimed by the clearcutting parties, but forest habitat destruction;

4. The massive deforestation will increase fire danger in the East Bay hills by destroying over 2,000 acres of shade-making forest canopy. Live trees will be cut down into dead logs and chips that will then be left on the ground to dry out. From a fire suppression perspective, the fuel load will be changed from living forest with shaded canopy to dead wood drying in direct summer sun. The wood will be at ground level, among grasses and shrubs where the vast majority of East Bay urban wildfires start. This was the case with the devastating 1991 Oakland hills fire. 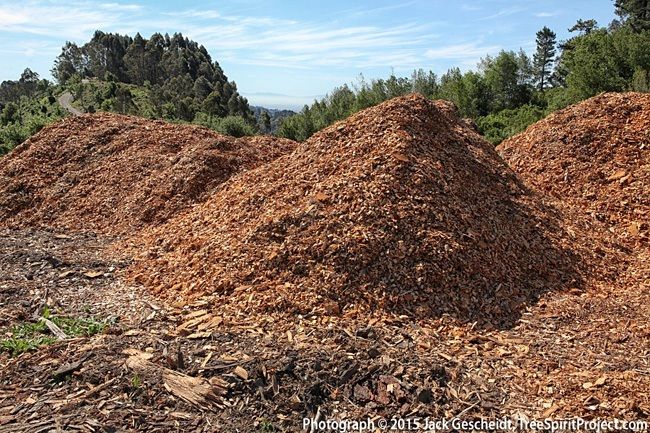 5. Huge loss of wildlife habitat. Thousands of birds, and small animals will be driven from their precious and dwindling urban forest homes.

In an additional effort to publicize the plan and rally the SF Bay Area community, the environmental art project, The TreeSpirit Project, will host a community rally and make an art photograph with attendees on July 18 at 7 a.m.