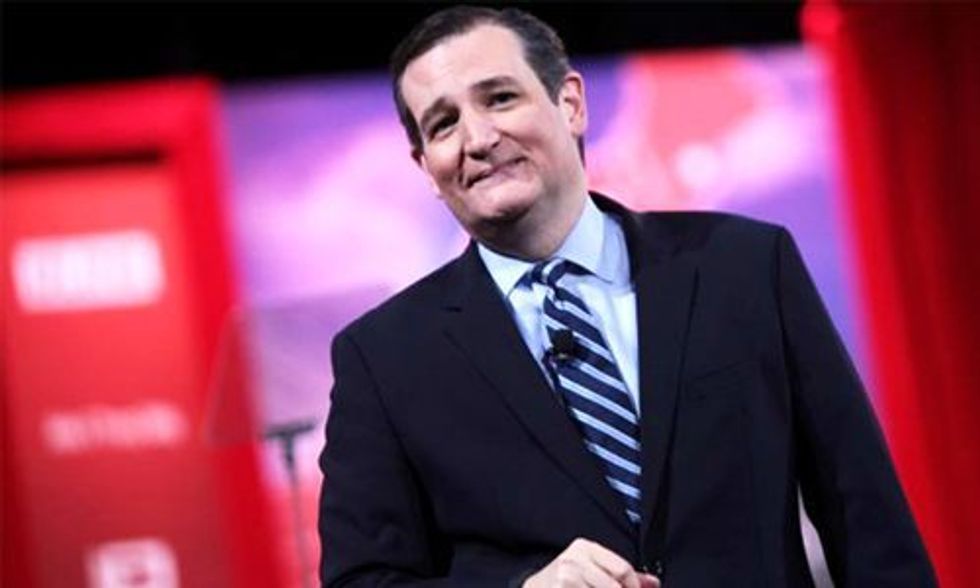 1. He's more fanatical. Trump is a bully and bigot but doesn't hew to any sharp ideological line. Cruz is a fierce ideologue: He denies the existence of man-made climate change, rejects same-sex marriage, wants to abolish the Internal Revenue Service, believes the 2nd amendment guarantees everyone a right to guns, doesn't believe in a constitutional divide between church and state, favors the death penalty, opposes international agreements, embraces a confrontational foreign policy, rejects immigration reform, demands the repeal of “every blessed word of Obamacare" and takes a strict “originalist" view of the meaning of the Constitution.

2. Cruz is a true believer. Trump has no firm principles except making money, getting attention and gaining power. But Cruz really does detest the federal government and has spent much of his life embracing radical right economic and political views. When Cruz said “we are facing what I consider to be the epic battle of our generation," he wasn't referring to jihadist terrorism but to Obamacare.

3. He's Smarter. Trump is no slouch but he hasn't given any indication of a sharp mind. Cruz is razer-sharp: It's not just his degrees from Princeton and Harvard Law, along with an impressive record at Harvard or even his winning arguments before the Supreme Court. For his entire adult life he's been a fierce debater with a intensely-logical debater's mind.

4. He's more disciplined and strategic. Trump is all over the place, often winging it, saying whatever pops into his mind. Cruz hews to a clear script and a carefully crafted strategy. He plays the long game (as he's shown in Iowa). Cruz's legal career entailed a sustained use of the courts to achieve conservative ends and he plots his moves carefully.

5. Cruz is a loner who's willing to destroy institutions. Trump has spent his career using the federal government and making friends with big shots. Not Cruz. Most of his Republican colleagues in the Senate detest him. And Cruz is eager to destroy: He has repeatedly crossed to the other side of the Capitol and led House Republicans toward fiscal cliffs. In the Fall of 2013, Cruz's strident opposition to Obamacare—including a 21-hour talking marathon—led in a significant way to the shutdown of the federal government.

Both men would be disasters for America, but Cruz would be the larger disaster.