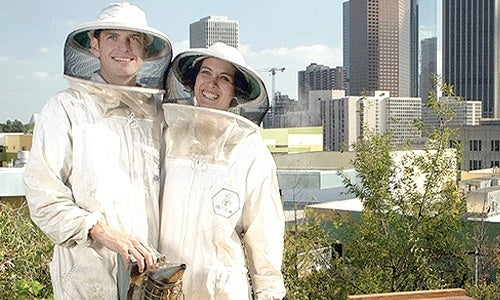 In 1974, a bored teenager picked up a book about bees in the library. Immediately fascinated by bees and the people who loved and cared for them, she went to work for a commercial beekeeper in New Mexico. “I never looked back,” Dr. Marla Spivak says.

Spivak, who now holds a doctorate in entomology from the University of Kansas, has recently turned her efforts to raising awareness of the declining bee population over the last decade, a situation with serious consequences. “Bees are the most important pollinators of flowering plants, which includes most fruits, vegetables and nuts in our diet,” she says. “Our nutrition, health and food supply depend on bees.” 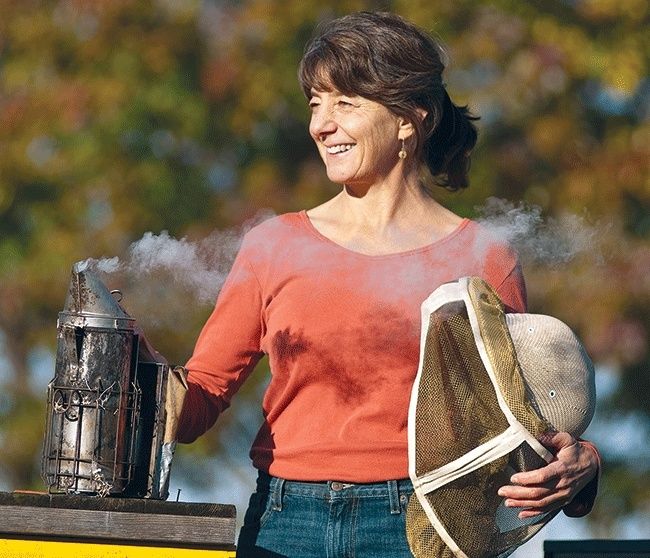 In her lab at the University of Minnesota, Spivak breeds bees for hygienic behavior. “Hygienic bees are able to detect diseased and parasitized brood—immature bees—and weed them out of the nest,” she says. The Bee Squad, an extension and outreach program that runs from the lab, provides beekeeping services to businesses and helps educate and mentor urban beekeepers. But for those of us who aren’t scientists or beekeepers, Spivak offers a much simpler way to help bees: “Plant flowers.”

Rob and Chelsea McFarland didn’t choose the bees; the bees chose them. “One day, we were out in the garden and a swarm showed up,” they say. Years later, the founders of the Los Angeles nonprofit HoneyLove are dedicated to training urban beekeepers and raising awareness of bees in cities. 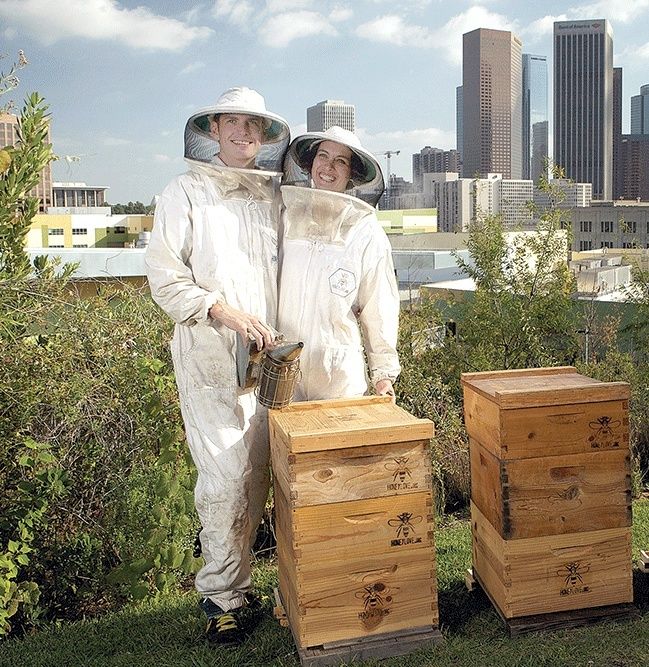 Rob and Chelsea McFarland. Photo credit: Rebecca Cabage
As they learned more about—and fell in love with—honeybees, the McFarlands realized promoting bee habitat in cities was an important part of health and food sustainability. “We need to grow more of our food closer to home. That means growing food in the urban environment,” Rob says. “That means honeybees.”
Cities can even provide a safe haven for bees, Chelsea adds. “There are fewer pesticides in the city than in the traditional farmland setting,” she says. “Our bees are actually healthier in the city.”
HoneyLove’s mission is to spread that message through outreach and media presence. If there’s something he hopes they accomplish, Rob says, it’s “that the narrative has been changed from fear of bees to one of really embracing bees and welcoming bees into our community.”
biodiversityfeatured
EcoWatch Daily Newsletter
Related Articles from EcoWatch
Science