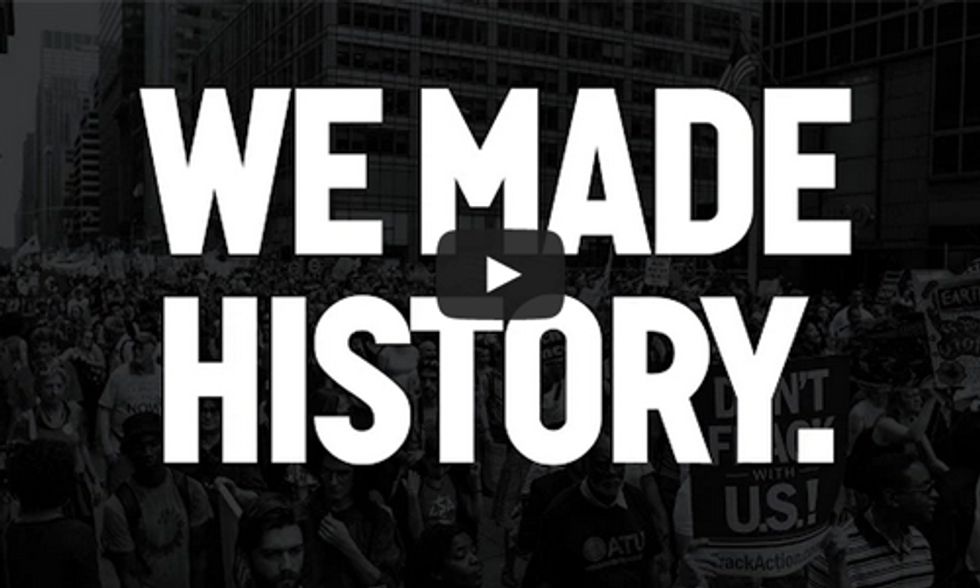 It was great to be in New York City and one of the 400,000 taking part in the People's Climate March. What an incredible moment in time. It truly feels like the tipping point we've all been waiting for.

Check out these five videos providing an excellent overview on the spectacular climate events in NYC:

1. From the People's Climate March, here's the Report Back:

2. You've got to see this time lapse video of The Future melting on the day of the People's Climate March. Artists Nora Ligorano and Marshall Reese melted a 3,000 pound ice sculpture of the words The Future in front of the Flatiron building in New York City. The sculpture lasted 12 hours.

3. Leonardo DiCaprio is the newly appointed UN Messenger of Peace. Here's a message from DiCaprio at the opening of the UN Climate Summit 2014 on Tuesday, Sept. 23:

5. Thanks to Roland Marconi at Media Dream Productions for making this video of the People's Climate March.