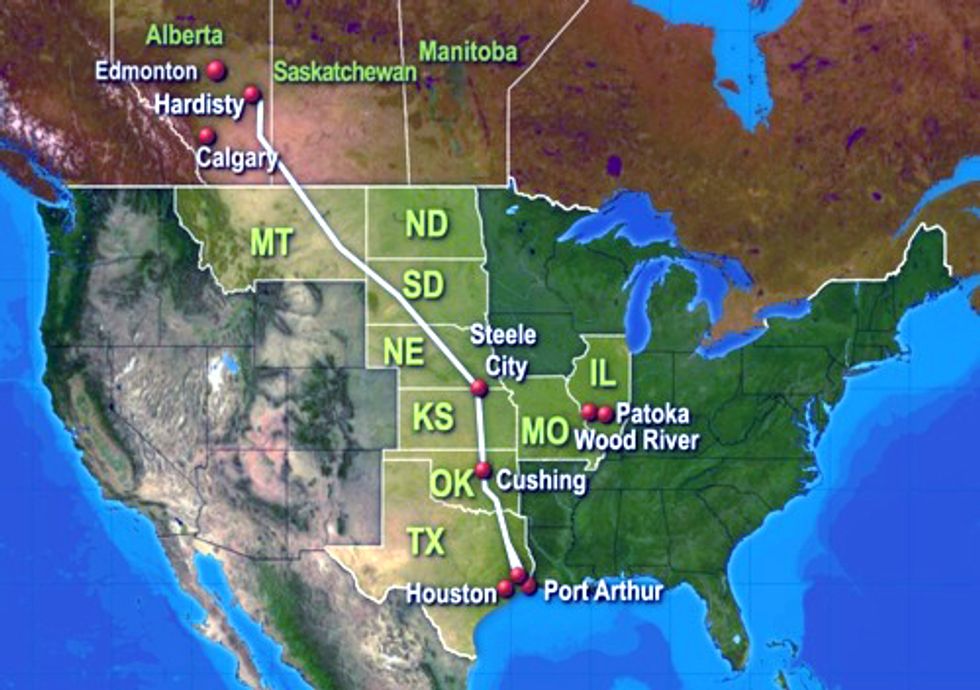 It's deja vu all over again. The State Department is gearing up to release its analysis of the environmental impacts of the Keystone XL tar sands pipeline. The first one, you might remember, didn't include a substantive evaluation of the huge climate impacts of the pipeline, and state contracted with Cardno Entrix, a company that had ties to TransCanada, the company seeking a permit for the 1,700-mile project.

This review is a supplemental environmental impact statement (SEIS ) instead of a new independent environmental look at the pipeline. Here are five major issues that State Department must include for the SEIS to have any credibility.

Keystone XL will lead to an increase in greenhouse gas emissions

The environmental review should find that building the Keystone XL pipeline will unlock additional tar sands development and increase greenhouse gas emissions. there are an estimated 230 gigatons of carbon stored in the tar sands, about half the carbon budget (500Gt) that scientists estimate we can use to stay under 2°C of warming. Only 10 percent of the tar sands is currently believed to be economically recoverable, but this could increase considerably with continued development of extraction technologies. According to a June 2012 report by the Congressional Research Service, building Keystone XL would be the equivalent of adding at least four million new cars to the road. Keystone XL would expand dirty tar sands mining practices and lure the U.S. into a long-term commitment to an extra-dirty oil energy infrastructure. For example, building Keystone XL would wipe out the benefits of new standards that cut greenhouse gas emissions from medium to heavy duty trucks announced by the Obama administration.

TransCanada is currently under a sweeping investigation by Canadian regulators after they confirmed the account of a whistleblower documenting repeated violations of pipeline safety regulations by the company. This is the latest in a long series of accidents, shutdowns and pipeline safety infractions that have hounded TransCanada. Moreover, experiences from the Kalamazoo spill have shown that tar sands spills are significantly more damaging than conventional crude spills. The environmental review should consider TransCanada’s plans, policies and practices and evaluate the impact of tar sands spills along sensitive rivers and aquifers along Keystone XL’s route.

Keystone XL is a tar sands pipeline through the U.S., not to it. Industry has made it clear that Keystone XL is part of a plan to find markets for tar sands outside of the U.S.—while America’s communities, land and water bear the risk. The environmental review should evaluate the tar sands pipeline in context of industry’s plan to divert tar sands from the Midwest to the Gulf Coast where it can be refined and exported.

Keystone XL will have a negative effect on refinery communities