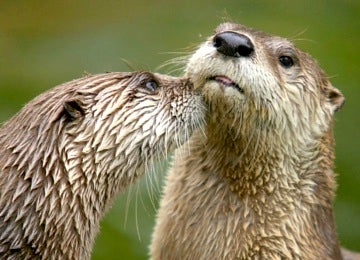 The Great Lakes are the world’s largest surface freshwater ecosystem and their waters and shoreline areas provide habitat for a breathtaking array of wildlife. But with a recent increase in oil surging through aging pipelines in the Straits of Mackinac—the narrow waterway connecting Lake Michigan and Lake Huron—the chance of a devastating spill in the Great Lakes has greatly increased. Meet five Great Lakes wildlife and take action to help protect them from a toxic oil spill. 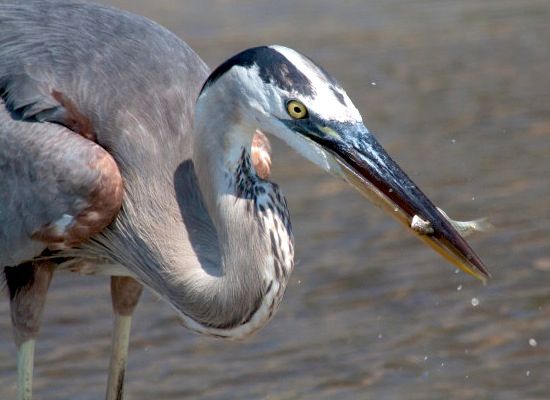 Found across the Great Lakes region, this wading bird with the impressive wingspan up to six-and-a-half feet often hunts by standing perfectly motionless in shallow waters. During the Kalamazoo River oil spill in 2010, oil pooled up in the shallows and overbanks where heron fish—resulting in heavy oiling and stress. 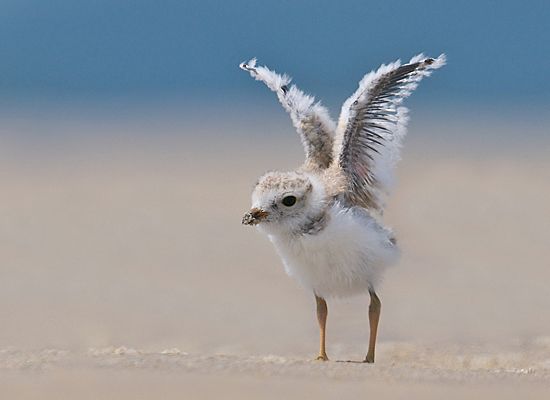 Endangered piping plovers nest on the sandy beaches of Lake Michigan where their tiny young chicks blend in with pebbles and beach stones. When the fluffy chicks sense danger, they hunker silently to the ground. Recovery of oil along the beaches of our Great Lakes would be extremely difficult, if not impossible, with impacts remaining for decades as seen with the Exxon Valdez and Enbridge Kalamazoo River oil spills. In large spills it is very unusual to recover even 10 percent of spilled oil, meaning that once spilled, there is little that can be done to clean it up. 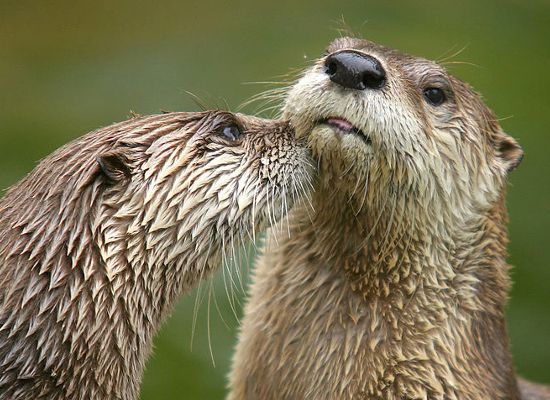 These master swimmers spend most of their time in or near water and are very sensitive to environmental pollution. In the Kalamazoo River oil spill, larger mammals, like otters, continued to take shelter from recovery efforts by trying to hide in the oiled water and shorelines, making the situation a matter of life or death. The area that will be most impacted from an oil spill at the Straits of Mackinac are the shorelines, which are the places otters call home. 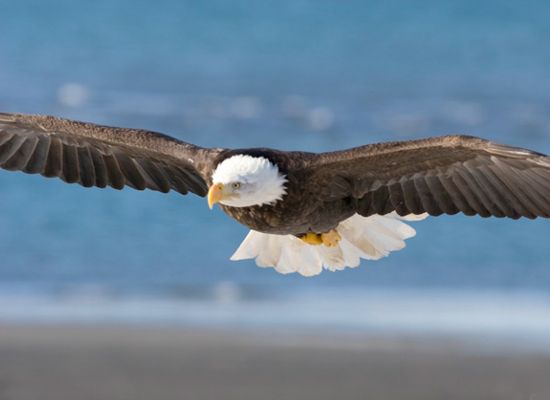 The majestic bald eagle has been taken off the endangered species list, thanks to a pesticide ban and the Endangered Species Act facilitating its recovery. But we must be ever vigilant to keep them healthy. Bald eagles spend their days fishing the shorelines of lakes and rivers. The Exxon Valdez oil spill killed hundreds of eagles and a large oil spill in the Great Lakes would pose similar risks. 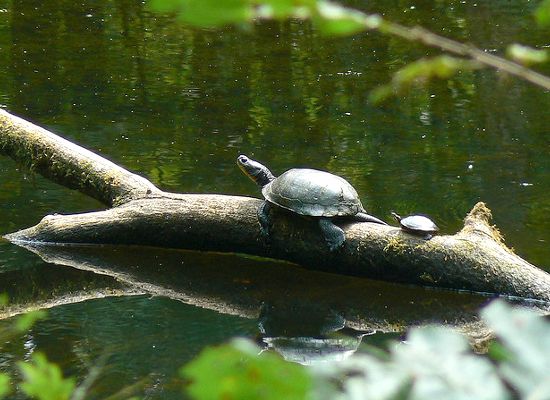 A very timid turtle that is easily scared back into its shell, this aquatic dweller is on the threatened species lists of several Great Lakes states. Turtles were greatly impacted during the Kalamazoo River oil spill, with thousands needing to be recovered and rehabilitated. Recovery efforts took an interesting turn when the turtles being tagged and released were showing back up at the rescue facility re-oiled. Many turtles have a homing mechanism, causing them to go to the exact location they were captured, which caused them to become re-oiled due to the difficulties in removing tar sands oil out of the river.

A Disastrous Oil Spill Could Happen in the Great Lakes

Just this summer, the Canadian oil giant that owns the 60 year-old pipelines in the Straits of Mackinac increased the flow of oil by 2.1 million gallons per day. If a spill occurred in the fast-moving currents that are just west of Mackinac Island, the oil would reach the Island in only three hours, and would reach Michigan’s Wilderness State Park in only six. Wildlife wouldn’t have a chance if toxic oil from a ruptured pipeline spews into Lake Michigan and onto its beaches.