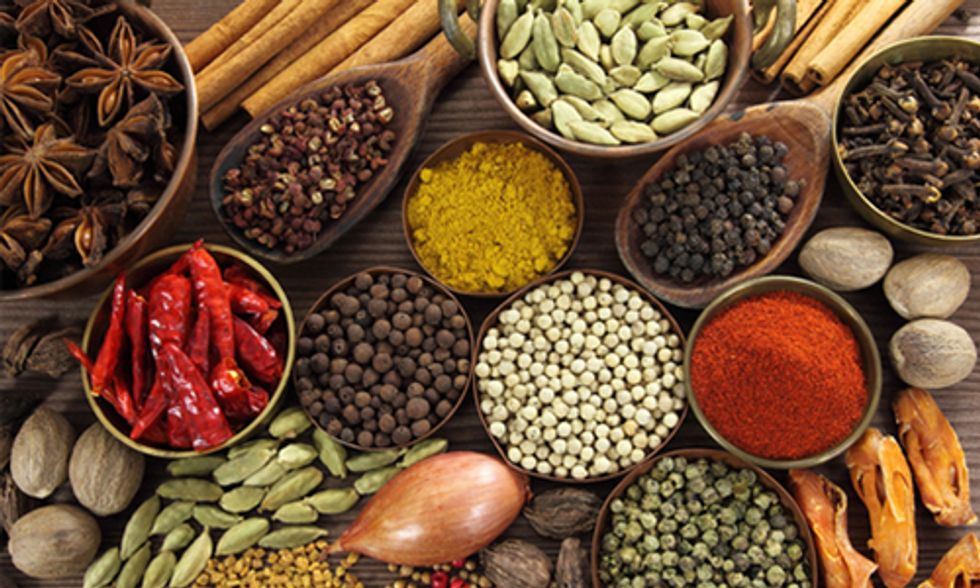 Last year, the movement toward a cleaner, more sustainable food supply gained traction, from school lunches with antibiotic-free chicken to a new rating system for produce that goes beyond organics to take energy, water use and other sustainability factors into account. This year could herald even more changes in the way we eat. Fresh, affordable, local produce and antibiotic-free meat will reach more people than ever before. America is poised to figure out how to clamp down on shocking amounts of food waste; the Food and Drug Administration (FDA) should recognize the latest science and get dangerous chemicals out of food packaging; and young farmers will embrace a new climate-conscious paradigm in farming that makes healthy soil a priority.

1. Sustainable Food for All, Not Just Foodies

Small and midsized farmers are being shut out of local food markets, while people in low-income communities nearby lack access to fresh, healthy food and suffer disproportionately from diabetes and obesity. 2015 could create a turning point for food equity.

School lunches could get better for millions of kids this year, as momentum builds around the new antibiotic-free chicken standard recently adopted by six of the largest districts in the nation. Improvements this year could feature fruits and vegetables grown with fewer pesticides and more regionally-sourced foods on the menu. On the other hand, watch for friends of the food industry in Congress—the ones who think pizza and French fries are vegetables—to attack the U.S. Department of Agriculture's (USDA) new school lunch standards this year.

Here in New York, the long-awaited Hunts Point wholesale farmer's market in the Bronx could move forward this year thanks to support from Governor Cuomo. The market will provide local farmers with access to one of the world's largest food distribution hubs and give local neighborhoods more fresh food. Next month in Brooklyn, Natural Resources Defense Council (NRDC) will help sponsor the Food + Enterprise conference, a gathering designed to connect farmers and sustainable food entrepreneurs with investors interested in rebuilding healthy regional food systems. And this year NRDC and hunger relief organizations will work together to deliver fresh food from local farms, which might otherwise be wasted, to people who need food.

In America, about 40 percent of the food we produce never gets eaten. It's a waste not only of the food itself, but all the land, water, energy and other resources that go into producing it. Several European nations have taken steps to raise public awareness of food waste and promote strategies for reducing it, and this year, the issue could finally get its due in the U.S. NRDC's food waste expert Dana Gunders is coming out with her much anticipated book, The Waste-Free Kitchen Handbook, this summer, full of practical tips to reduce food waste at home. And watch out for a big, attention-grabbing public awareness campaign to launch later this year that will have everyone talking about food waste—and taking steps to reduce it.

3. Battles over Chemicals in our Food Supply

Too often, the food we eat comes into contact with dangerous chemicals, from pesticides to toxins in canned-food linings. Government safeguards have failed to keep pace with the flow of chemicals into the food supply, and this year, the battle over stronger protections will heat up. The chemical industry is likely to push back against NRDC's effort to have the FDA revoke its approval for chemicals that disrupt the body's hormone system, such as PFCs, perchlorate and other harmful chemicals in food packaging.

NRDC will also fight the chemical industry in court to support California's decision to declare BPA, once commonly used in plastic baby bottles and still widely used in food packaging, a reproductive hazard.

Increasingly plagued by extreme weather, a new crop of young, climate-conscious farmers are calling for a paradigm shift in farming: building climate resiliency by putting healthy soil first. Vibrant soil can retain more water and requires fewer chemical pesticides and fertilizers than soil depleted by conventional agriculture. Healthy soil can also store far more carbon than poorly-managed cropland or grazing land, which is a major plus for the climate.

2015 is the International Year of Soils, and the USDA will be highlighting a different benefit of healthy soil every month. Expect to hear more about innovative young farmers like Jonathan Cobb of Rogers, Texas, who recently wowed crowds at a SXSW Eco session (listen below), talking about how making soil health a priority saved his family farm after the 2011 drought nearly put him out of business.

Cobb and other young farmers are beginning to embrace techniques like using cover crops that protect soil between plantings, rotational grazing that tramples nutrients back into the soil, and other strategies that prioritize soil health and reduce greenhouse gas emissions. Thanks to inventive farmers like Cobb who lead by words as well as example, 2015 could be the beginning of a soil revolution that will protect our food supply from the risks of climate change.

Driven by consumer demand, more restaurants, grocery stores and food service companies are providing their customers with meat and poultry from animals raised without reliance on antibiotics. This could be the year that antibiotic-free meat goes mainstream.

Most animals raised for meat in this country are routinely given antibiotics, even when they're not sick. This practice contributes to the rise in antibiotic-resistant bacteria—superbugs—which can't be knocked out by many common medicines. Antibiotics should be reserved for treating sick people and sick animals, not to promote growth or compensate for stressful, unsanitary conditions on livestock farms.

Consumers are demanding change, and getting it. While antibiotic-free meats account for about 5 percent of the market, sales are growing fast. By some estimates, sales in 2012 were up 25 percent over the 3 prior years, while total meat consumption declined.

Mainstream companies like Applegate, Panera Bread, Carl's Jr., Shake Shack and Chipotle all offer antibiotic-free options for consumers. Chick-Fil-A recently announced it would transition to antibiotic-free chicken over the next five years. Even poultry giant Perdue announced that it is raising 95 percent of its birds without antibiotics that are important to human medicine. These are encouraging announcements, and they should be backed up by independent third-party verification.

The dominoes are starting to fall. In 2015 consumers could usher in a new era of widely available, affordable, antibiotic-free meat—and help safeguard the effectiveness of antibiotics—for all.