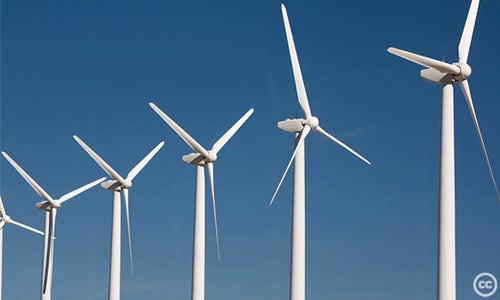 2014 was an exciting year for renewable energy.

After a three-year slump in renewable energy finance, investment grew last year, with records level seen for the amount spent on wind farms, as well the construction of both new wind and solar capacity. 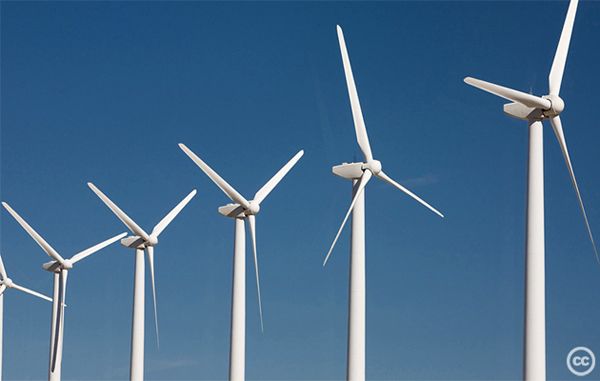 According to Bloomberg New Energy Finance’s latest energy investment report, China led as the world’s largest investor in renewables, with the U.S. coming in second place.

Worldwide, around 100 gigawatts (GW) of solar and wind power capacity were built in 2014—up from 74 GW in 2013—and nearly during every month the headlines were filled with record generation in cities and countries across the world.

As we kick off 2015—with hopes for an even bigger year for renewable energy—here’s five records that were broken in 2014.

Denmark set a new world record for wind production in 2014, getting 39.1 percent of its overall electricity from the clean energy source.

The latest figures put the country well on track to meet its 2020 goal of getting 50 percent of its power from renewables.

Denmark has long been a pioneer in wind power, having installed its first turbines in the mid-1970s, and has even more ambitious aims in sight, including a 100 percent renewable country by 2050.

Last year, onshore wind was also declared the cheapest form of energy in the country.

That’s more than any other year, and the country now generates enough wind energy to supply the needs of more than 6.7 million UK households.

A combination of grid-connected wind farms and standalone turbines produced 9.3 percent of the UK’s electricity demand in 2014, up from 7.8 percent in 2013 and the latest data follows a string of wind power records announced in the second half of last year.

Renewable energy was the biggest contributor to Germany’s electricity supply in 2014, with nearly 26 percent of the country’s power generation coming from clean sources.

Electricity output from renewables has grown eightfold in Germany since 1990, and the latest data further highlights the dramatic shift towards clean energy taking place in Europe’s largest economy.

With another record month experienced in December, 2014 was a “massive year” for renewables in Scotland.

Last month, wind turbines alone provided around 1,279 megawatt-hours (MWh) of electricity to the national gird, enough to supply the electrical needs of 164 percent of Scottish households, or 3.96 million homes.

The latest figures further highlight the record year seen for renewables in Scotland, with wind turbines providing an average 746, 510 MWh each month—enough to supply 98 percent of Scottish households electricity needs.

Over six months of the year, wind generated enough power to supply more than 100 percent of Scottish households, while in Aberdeen, Edinburgh, Glasgow and Inverness there was enough sunshine to provide 100 percent or more of the electricity needs for an average home in June and July.

With figures like these it is no wonder new research out this week said the country’s power grid could be 100 percent renewable by 2030.

Windy conditions in Ireland meant the country saw not one but two wind energy records set already this year.

According to figures record by EirGrid on Wednesday (Jan. 7), wind energy had created 1,942 MW of energy, enough to power more than 1.26 million homes.

And while we are still only a week into 2015, this announcement marked the second time this year the country has seen this record broken. On the Jan. 1, wind energy output was at a previous high of 1,872 MW.