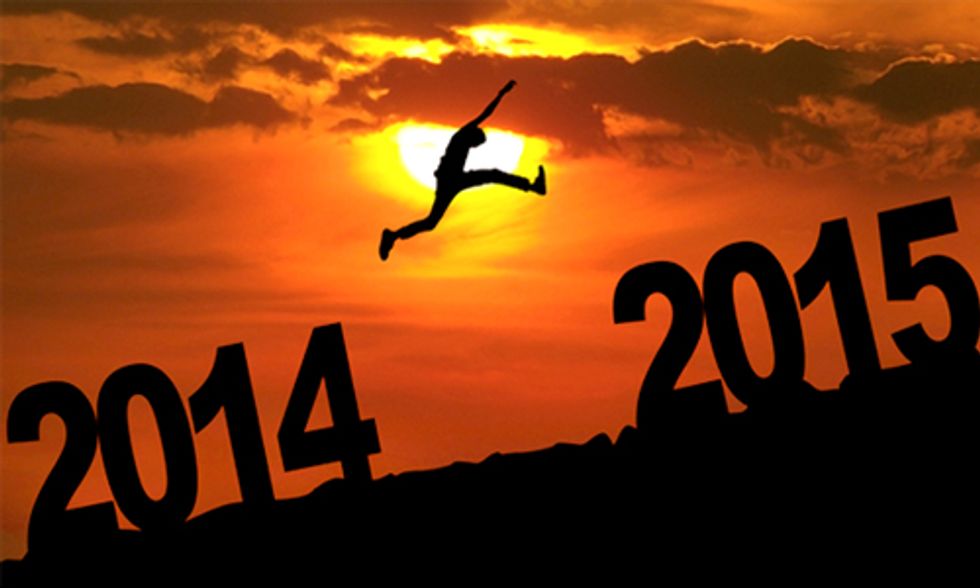 The new year is fast approaching and people are setting their new year's resolutions. Perhaps eating healthier is on your list? If so, check out these five cleansing tips to a healthier you in 2015.

1. Avoid added sugar. The first step to reducing added sugars in your diet is finding them. Unfortunately, you can’t tell easily by looking at the nutrition facts panel of a food if it contains added sugars. The line for “sugars” includes both added and natural sugars. Naturally occurring sugars are found in milk (lactose) and fruit (fructose). Any product that contains milk (such as yogurt, milk or cream) or fruit (fresh, dried) contains some natural sugars.

Use these simple tips to reduce sugar in your diet:

2. Stop eating processed foods. Processed foods are usually loaded with added sugar or High Fructose Corn Syrup. Most highly processed foods are have artificial chemicals, including flavorants, texturants, colorants and preservatives. Many people can literally become addicted to processed junk foods. Junk foods can hijack the biochemistry of the brain, leading to downright addiction and cause them to lose control over their consumption. Processed foods are also often high in refined or "simple" carbohydrates that lead to rapid spikes in blood sugar and insulin levels that cause negative health effects. And, if you're looking for something nutritious, processed food are extremely low in essential nutrients compared to whole, unprocessed foods.

3. Eat less meat. Eating less meat is not only healthy for you but it's good for the health of the planet. Livestock production is responsible for 18 percent of the Earth’s greenhouse gas emissions, which fuel climate change. Thirty percent of the globe’s ice-free land is devoted to livestock production, with 26 percent of all land on Earth devoted to animal grazing and 33 percent of arable land used for feed production. The resources going into animal feed could feed four billion people. Meat production is water-intensive as well. And industrial animal farming methods have speed up the degradation of the soil. In fact, it’s the factory-scale production of meat—ramped up to fuel an increasing taste for meat in developing nations trying to keep up with industrialized countries—that is most to blame for consuming these resources. Consider going vegetarian or if that's to extreme, think about joining Meatless Monday, a global movement with a simple message: once a week, cut the meet.

4. Avoid junk food, which is disguised as health food. From processed breakfast cereals to vegetable oils to margarine to sports drinks, be careful not to eat unhealthy foods marketed as health foods. These foods are responsible for making people fatter and sicker than ever before. Salad dressings, for example, are loaded with unhealthy ingredients like sugar, vegetable oils and trans fats, along with a bunch of artificial chemicals. Keep in mind that truly healthy foods are those that don't need an ingredient list.

5. Stay Hydrated. You've probably heard the commonly recommended eight, 8-ounce glasses or half a gallon of water is what you should drink each day. Since researchers says that mild dehydration can have negative effects on both physical and mental performance, it's a good idea to stay hydrated, especially when you are exercising or in the heat.