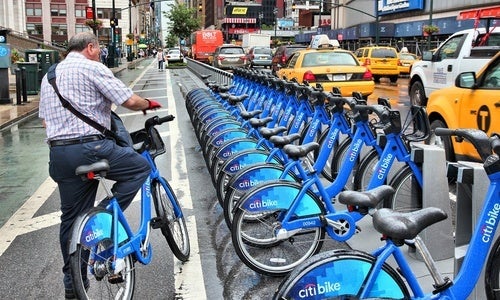 With summer finally here, bike sharing systems like Nice Ride Minnesota and Boston’s Hubway are welcoming riders back for the 2015 season. For the bike sharing industry as a whole, however, there’s a lot more on the horizon than just warmer weather. 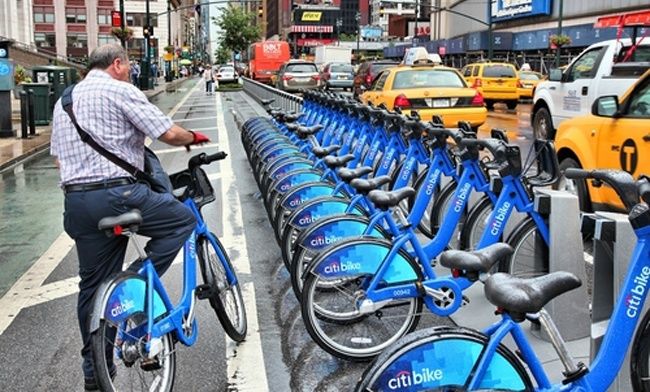 The country’s biggest bike sharing systems, including Citi Bike in New York and Divvy in Chicago, have announced plans for major expansion over the next several years.

Important issues such as funding and equity are poised to come to the forefront this year as the industry continues to grow and evolve. While the outlook seems to be mostly sunny from our vantage point, here are five bike sharing trends—both promising and troubling—to watch in 2015:

Peer-to-peer (P2P) bike sharing, which allows individuals to rent out their bikes when not in use, is an interesting concept that hasn’t quite caught on. Earlier this year, however, leading P2P provider Spinlister announced a new business model that will use P2P bike sharing as a way to help people finance the purchase of a new bike.

Spinlister and Dutch company Vanmoof will partner together to manufacture handsome, high-quality bikes—set to roll out in Portland late this summer—with built-in technology like Bluetooth-enabled locks that are specifically designed for use in P2P networks. Members can purchase the bikes from Spinlister and then pay for them over time using rental revenue.

2. The big get bigger

The country’s biggest bike sharing systems, including Citi Bike in New York and Divvy in Chicago, have announced plans for major expansion over the next several years. Chicago is growing its system to 476 stations and 4,760 bikes. Citi Bike will add 90 new stations by the end of 2015, and expects to have more than 700 stations and 12,000 bikes by the end of 2017. On the west coast, a proposal was announced recently to expand Bay Area Bike Share tenfold, from 700 to 7,000 bikes. Additionally, small and mid-size cities like Seattle and Indianapolis are also growing successful bike sharing systems of their own.

The industry has been closely following the progress of up-and-comer Social Bicycles, which is pioneering a new model of bike sharing that puts GPS technology directly in its bikes, rather than in smart docks or stations. With SoBi’s model, riders are free to park their bikes anywhere within a geo-fenced area using built-in locks. Other users can then find the bikes using a web-based app, similar to one-way carsharing.

Despite the industry’s momentum, some cities have still struggled to adequately finance bike sharing. Most recently, the news about the dire financial straits of San Antonio Bike Share captured significant attention. As is common, the system’s bike sharing operations are run by a nonprofit while a private company services the bikes and stations. Unlike other systems, however, San Antonio Bike Share does not receive local government funding or have a corporate sponsor.

Analysis of a recent member survey by Washington, DC’s Capital Bikeshare revealed that half of survey respondents reported an annual income of $100,000 or more. The story further underscored criticism that bike sharing has largely failed to reach low-income residents. Fortunately, it looks like the industry will be making some major headway in addressing equity issues in 2015.

Philadelphia’s new Indego bike sharing program, which launched in late April, has an especially strong equity component. One third of the 600 bikes in the Indego system will be located in low-income neighborhoods, and all residents will have the option of paying with cash if they don’t have access to a credit card or bank account. Philadelphia will also be hiring specially trained neighborhood ambassadors to engage residents and show them how to use bike share.

Chicago recently launched a new Divvy for Everyone (D4E) program focused on increasing Divvy’s availability to low-income communities and unbanked residents. With help from a grant by the Better Bike Share Partnership, D4E will provide discounted annual memberships for qualified applicants. The program will also feature additional citywide outreach in partnership with several community organizations.

Addressing these remaining challenges is important because bike sharing has the ability to play a vital role in providing first/last mile solutions and boosting connectivity within transit systems, in addition to obvious environmental benefits.

Shared-Use Mobility Center is a public-interest partnership working to foster collaboration in shared mobility (including bike-sharing, car-sharing, ride-sharing and more) and help connect the growing industry with transit agencies, cities and communities across the nation.

Charge Your Battery While You Bike to Juice Up Your Phone