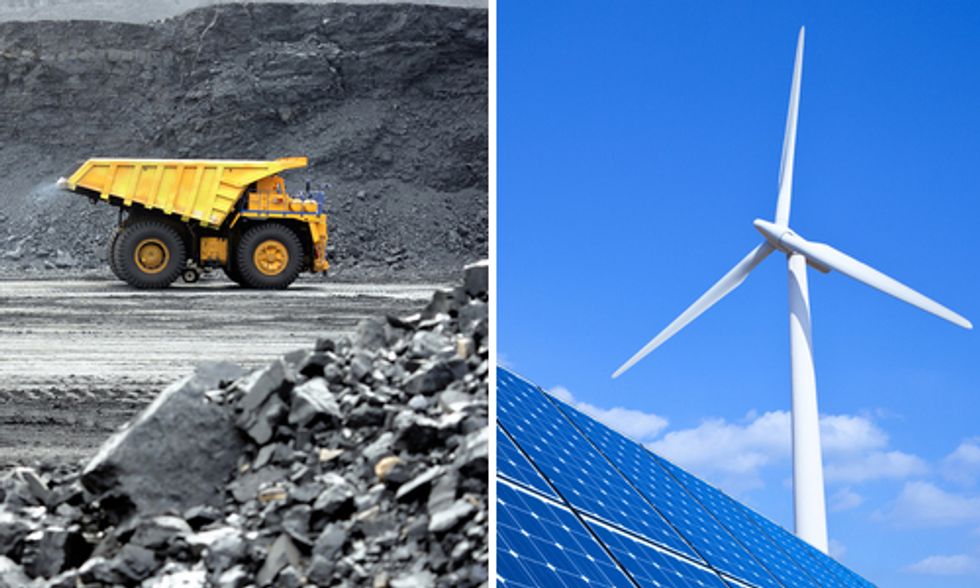 The U.S. is awash in oil and natural gas. China’s air pollution is so bad some cities were nearly shut down. A massive typhoon wreaked havoc in the Philippines. These are some of the top stories of the past 12 months.

The past year was clearly a mixed bag for energy and climate. We’ll look for greater clarity in 2014—especially to see if government officials and business leaders send clearer signals that they are ready to embrace a low-carbon trajectory.

Amid these developments, however, there are signs that some businesses, consumers and governments are moving toward a growing understanding of the risks of climate change. The question is whether we will shift course quickly enough to reduce the incoming threats of more extreme weather events and other climate impacts.

As we prepare to turn the corner to a new year, here’s our take at five of the standout climate and energy stories of 2013.

A lasting image of 2013 will be Beijing, with thick smog blanketing the city’s streets. In January, Beijing reached a jaw-dropping 755 on the Air Quality Index, more than twice what the World Health Organization considers ‘hazardous.’ With more smoggy days in 2013 than any of the last fifty years, China’s pollution problems won’t soon be forgotten.

With China’s coal-fired power plants and vehicles largely responsible for the emissions, the country’s leaders have taken note. In August, the government announced a plan to reduce the number of new coal-fired plants and to invest $275 billion to improve air quality.

2. U.S. TO BE WORLD’S LARGEST PETROLEUM AND NATURAL GAS PRODUCER

In one of the most important geopolitical developments this year, the U.S. is expected to become the world's top producer of petroleum and natural gas, surpassing Russia and Saudi Arabia. Last month, the White House announced that for the first time in nearly two decades, the country produced more crude oil than it imported.

U.S. natural gas production is likewise still booming and is projected to jump 56 percent by 2040, according to the Department of Energy. While natural gas is touted as a cleaner fuel source, these benefits are lost if the potent methane emissions released during its extraction and distribution are not contained.

Among the most notable actions, the plan calls for reductions in carbon pollution from U.S. power plants. The U.S. Environmental Protection Agency announced rules for new power plants in September and is expected to announce standards for existing plants by June 2014. The power sector represents one of the biggest opportunities to cut emissions and if implemented ambitiously, these rules can help the U.S. to meet its commitment of reducing greenhouse gas emissions 17 percent from 2005 levels by 2020.

Even still, global demand for coal power remains strong, with the U.S. exporting 120 million tons. The World Resources Institute estimates that there are still around 1,200 new proposed coal plants worldwide.

While 2013 likely saw an overall decline in investments in renewable energy, there were some bright spots. In many places, solar and wind technology is becoming increasingly cost-competitive with traditional fossil fuels, and consumers and investors alike are taking note.

U.S. solar installations surpassed Germany’s for the first time in 15 years. Just this week, Warren Buffett announced an order of $1 billion in wind turbines for a wind farm in Iowa. In California, a recent study by Lawrence Berkeley National Laboratory found that, on average, a home with solar panels installed fetches a premium of just under $25,000. Meanwhile, in Spain, the first major solar installation financed without any subsidies has come online. Brazil is also rapidly expanding its wind production with an aim to produce 10 percent of power from wind by 2021.

The past year was clearly a mixed bag for energy and climate. We’ll look for greater clarity in 2014—especially to see if government officials and business leaders send clearer signals that they are ready to embrace a low-carbon trajectory. Abundant energy supplies can be an economic blessing, but we cannot afford to ignore the warning signs of our rapidly changing planet.