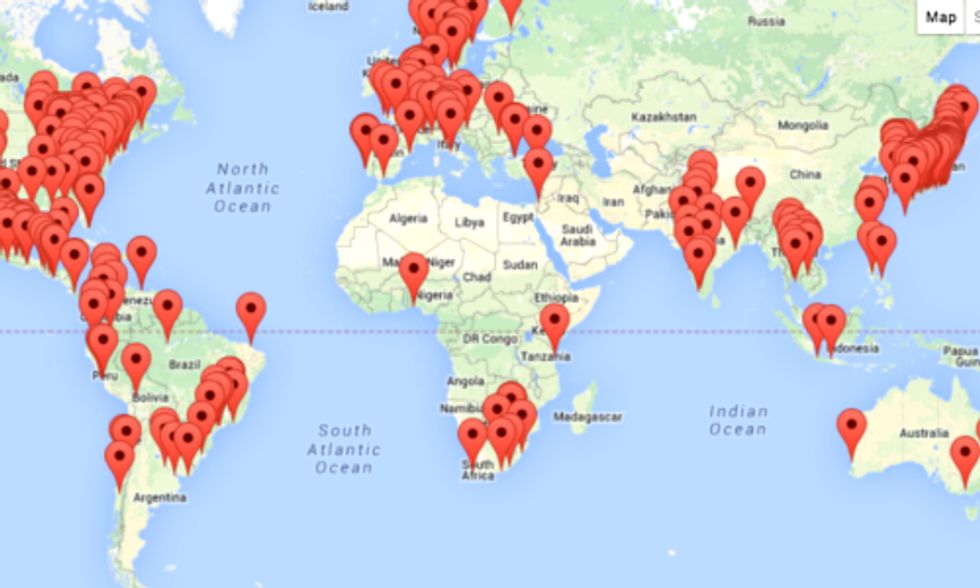 It's no secret that tackling the global climate change issue will take lots of dedication at the local level in nations all over the planet.

It's a long haul, but a November report discussed at the ongoing United Nations Warsaw 19th Conference of the Parties (COP 19) on climate shows that 414 cities made 4,000 actions to do their part in battling climate change by 2020. Some of those goals are completed, and 63 percent of the reduction commitments are above 1 percent per year.

To Yunus Arikan, advocacy head for ICLEI, data in the carbonn Cities Climate Registry's (cCCR) report shows that these cities have raised the global level of ambition with proposals that could lead to a global emissions deal in 2015 when COP 21 takes place in Paris, France. More than half of those actions were funded by the municipalities' own resources.

“Cities are ambitious and are actively delivering climate actions that the world can count on,” Arikan said.

Vancouver, Canada topped the list for its comprehensive climate change adaptation strategy and work on providing more green jobs, eco-friendly modes of transport and urban food security. The city was also named Vancouver was named the 2013 Earth Hour Capital in March. By 2020, the city wants all of its new buildings to be carbon-neutral; residents to make of their trips by foot, bicycle or public transportation; and the number of green jobs to double.

The 414 cities—with a combined population of about 438 million—increased their climate and energy commitments by nearly 300 in the past year. That's a positive development since their greenhouse gas emissions (GHG) increased by nearly 50 percent in the same time frame.

“Cities like Oslo [Norway], [Finland], Stockholm [Sweden] and Copenhagen can serve as role models for how local authorities can accelerate the transition towards low-carbon and resilient development,” ICLEI President David Cadman said. “This is the moment in Warsaw to get a really serious timetable and structure to get a really meaningful agreement in Paris”