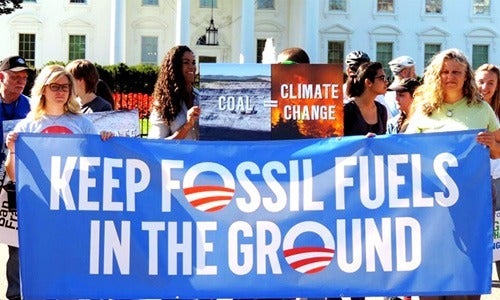 With a passionate press conference outside the White House on Tuesday, a sweeping coalition of climate, labor, indigenous and public health groups and leaders called on President Barack Obama to make the U.S. the first nation to commit to keeping all of its remaining, unleased public fossil fuels in the ground. 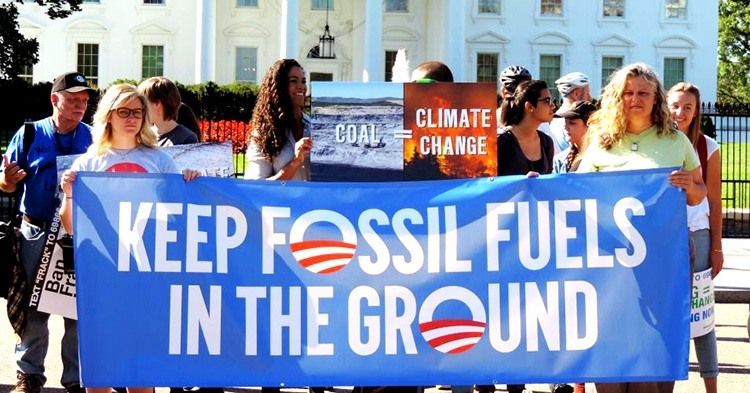 Such a move is imperative, the more than 400 organizations and individuals wrote in a letter outlining their demands.

“The cost of continuing federal fossil fuel leasing to our land, climate and communities is too high,” reads the missive delivered Tuesday. “The science is clear that to maintain a good chance of avoiding catastrophic levels of warming, the world must keep the vast majority of its remaining fossil fuels in the ground. Federal fossil fuels—those that you control—are the natural place to begin.”

America's publicly owned lands are being sold off to fossil fuel companies. @POTUS can and must #keepitintheground pic.twitter.com/PDapg4p5w7

Speaking to Obama’s ability to set an international precedent, the letter continues: “Each new federal fossil fuel lease opens new deposits for development that should be deemed unburnable. By placing those deposits off limits, stopping new leasing would help align your administration’s energy policy with a safer climate future and global carbon budgets.”

The campaign comes just days after the Obama administration announced it would open nearly 40 million acres in the Gulf of Mexico to new oil and gas drilling leases and one month after it approved a permit for Royal Dutch Shell to drill in the Arctic.