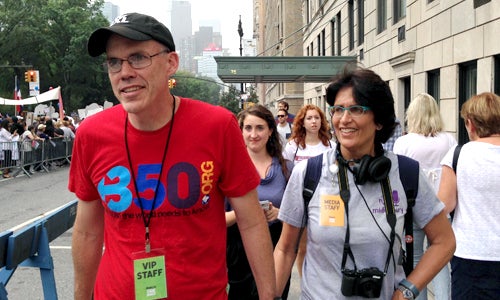 Today in New York City 400,000 people attended what is now known as the largest climate action in world history.

The march in New York City was by far the largest of the 2,808 People’s Climate rallies that took place today in 166 countries from around the world. From the crowded streets of New Delhi to Melbourne to Johannesburg, hundreds of thousands of people took part in the weekend’s global events.

“This is the most important day yet in the history of the climate movement—around the world and across New York people have said ‘enough is enough—we demand serious action now,'” said Bill McKibben co-founder of 350.org. 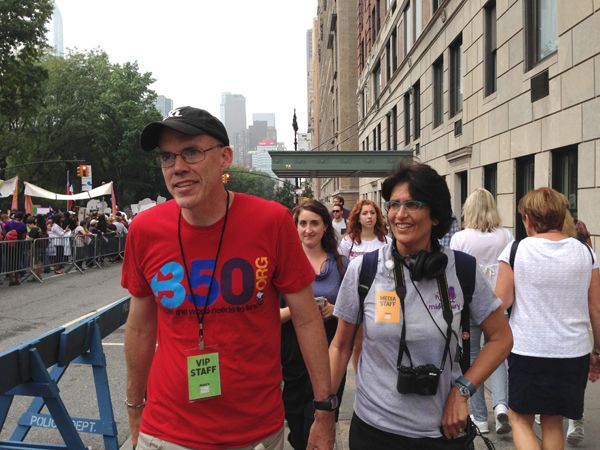 “In a few days, more than 100 heads of state and government leaders from around the world, including President Obama, will convene in New York City for a United Nations summit on climate change,” said Sen. Bernie Sanders (D-VT). “They will discuss the planetary crisis of global warming and the dramatic steps we must take to reduce carbon emissions and leave a habitable planet for our kids and our grandchildren. Looking toward the summit, the People’s Climate March on Sunday will be the largest climate action in history. Environmental organization, unions, faith groups, social justice groups, schools, businesses, government leaders and grassroots organizers will all send a message that world leaders need to hear at the United Nations on Tuesday and that the Congress needs to hear when it returns to Washington, D.C. in November. I am proud to participate in this urgent, historic event.” 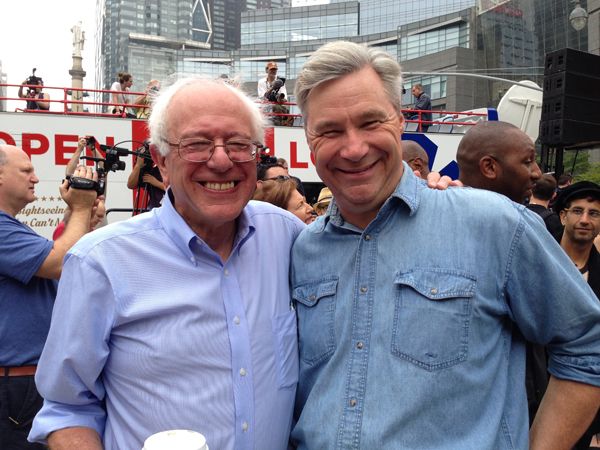 Sen. Sheldon Whitehouse (D-RI) shared his insights on this historic day. “The thousands of Americans converging on New York City today will help to send a clear message: it is time to wake up and act on climate change. It’s time to tell the special interests that continue to deny the science and mislead the public to step aside, and make way for progress. I am proud to be lending my feet and my voice to this effort, and I thank all Americans who will be making the trip.”

At sunrise in Manhattan, indigenous leaders hosted a ceremony to offer prayers for the land, water, air and the protection of frontline peoples across the globe. The march began at 11:30 a.m. at Columbus Circle. At 1 p.m., after a moment of silence to honor those impacted by climate change and the fossil fuel industry, the march “Sounded the Climate Alarm” with drums, trumpets, vuvuzelas and more than 20 marching bands. Churches across the city rang their bells and Jewish temples blew their shofars, as part of this global chorus calling for climate action. 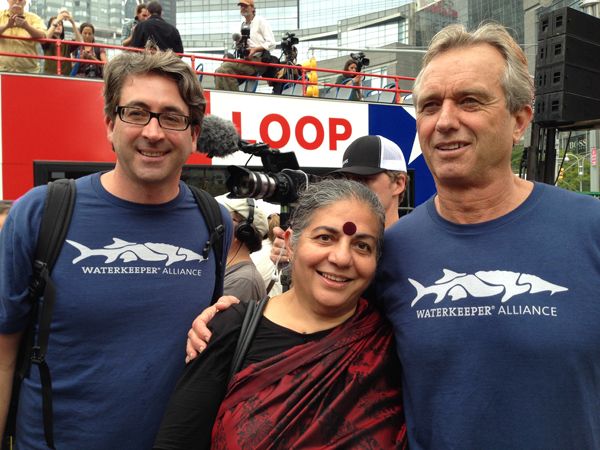 “I marched today on behalf of my two children and the clean and safe world I want them to inherit, and the 226 Waterkeeper organizations around the world who are on the front lines of climate change,” said Marc Yaggi, executive director of the Waterkeeper Alliance. As we’ve seen, the climate crisis is really a water crisis. Waterkeepers urge the world leaders meeting here in New York this coming week to finally stop talking about climate change and take the action necessary to protect our collective future. The whole world is watching.” 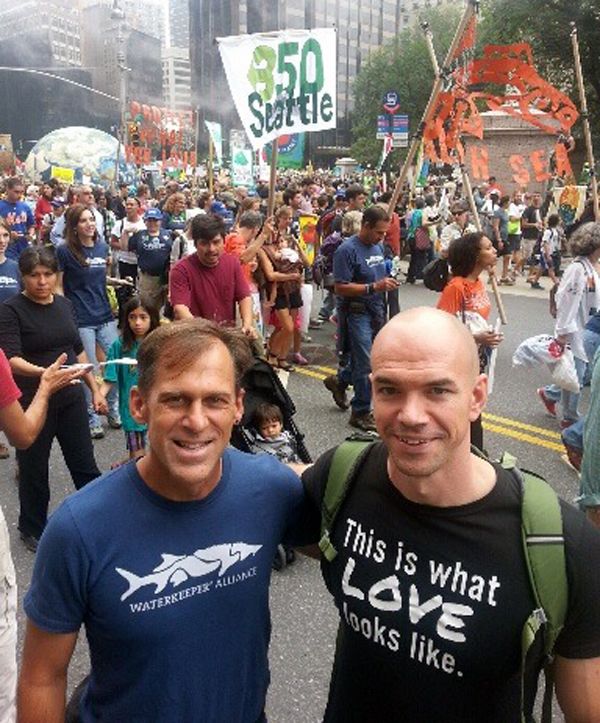