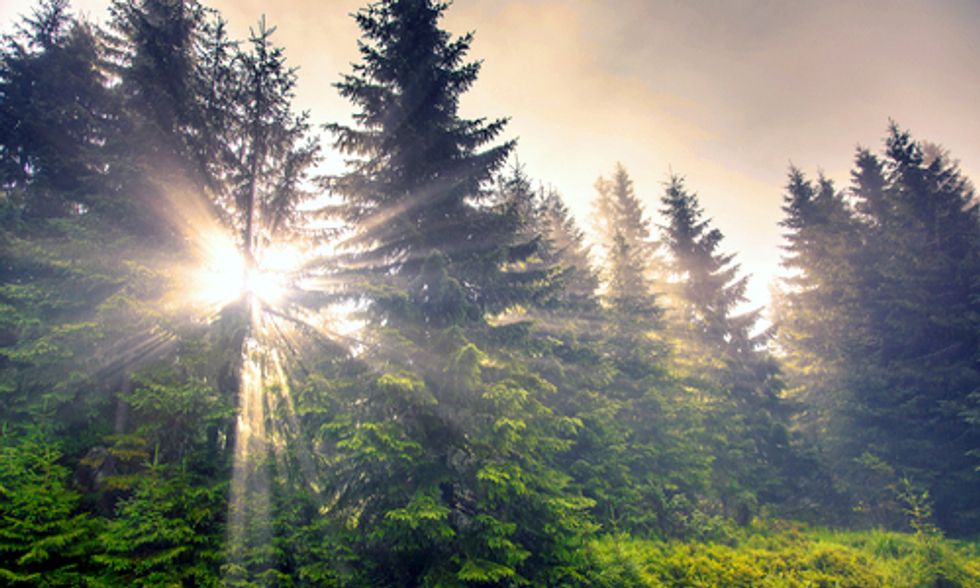 Yesterday, 41 leading scientists sent a letter to the EPA calling on the agency to protect our forests from the growing sucking sound created by biomass power plants. The scientists urged the agency to put in place a regulatory system that is both science-based and takes into account the key recommendations of the science panel the agency itself commissioned.

Since trees are less energy dense than coal, more have to burn to produce the same amount of energy and harvesting them for fuel foregos the carbon they would have absorbed from the atmosphere.
Photo courtesy of Shutterstock

As power plants look for alternatives to fossil fuels, some are turning to burning wood or other plant materials—known as biomass—to generate electricity. The biomass industry argues that because trees grow back, biomass offers a “carbon neutral” form of energy.

But not all biomass is created equal. Trees are not the same as perennial grasses or harvest residues that can either regrow quickly, would otherwise be burned in the field or are not needed for other purposes. And the latest science tells us that burning whole trees for energy results in more carbon emissions than burning coal for decades. That’s because trees are less energy dense than coal, so you have to burn a lot more of them to produce the same amount of energy. Even worse, harvesting them for fuel means we forego the carbon they would have absorbed from the atmosphere if we left them standing.

In 2011, the U.S. Environmental Protection Agency took on this question. It issued a three-year exemption for biomass-burning plants from permitting requirements under the Clean Air Act (basically a requirement that each new and modified industrial source gets a construction permit before starting to build, showing that it will use the “best available control technology” for each pollutant subject to regulation under the Clean Air Act). The agency then initiated a science-driven process to develop rules for properly quantifying biomass carbon emissions from plants burning biomass. It issued a draft methodology for doing the necessary carbon accounting, then empaneled a group of expert scientists, known as the Science Advisory Board (SAB), to assess the scientific validity of the proposed approach.

Now in the home stretch of developing those rules, the message from the scientific community is clear:

Regulations governing how stationary sources account for biogenic carbon emissions must be based on sound science and ensure adequate protections for forests and the climate and the EPA must follow through on the science-driven process for creating those regulations that it put in place more than two years ago. As the letter states,

"Doing otherwise at this juncture will fail the test of rigorous, science-based policymaking and could result in regulations that distort the marketplace towards greater use of unsustainable sources of biomass, with significant risks to our climate, forests and the valuable ecosystem services they provide and we rely on.”

The scientists also shared their serious reservations about the accounting methodology the EPA proposed in its draft framework and underscored three key conclusions of the SAB’s final report:

Power plants account for 40 percent of our national carbon footprint. That makes the EPA’s effort to reduce carbon pollution from power plants a key part of the Obama administration’s climate fighting initiatives and ensuring that we are rigorously accounting for biomass carbon emissions will be critical to its integrity. As the scientists conclude, the only way to encourage bioenergy facilities to source low-carbon biomass resources, efficiently burn or otherwise convert them to electricity and to use the electricity and heat in the applications that most effectively reduce carbon emissions is for the agency to follow the science.

It’s critical that the EPA heeds the science community’s call and follows through on the standard it set for itself in issuing rules for the bioenergy industry. It can do both by adopting its science panel's key recommendations.