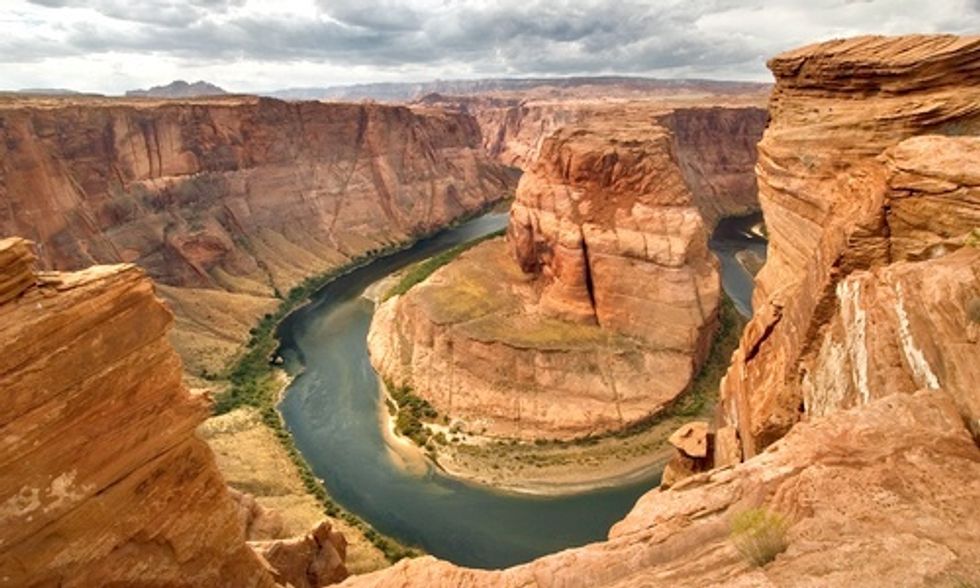 The Colorado River has about 5 trillion gallons of water flowing in it every year, and every year every single drop is drained out.
Photo credit: Shutterstock

So, as we look at making changes to the water supply system in Southern California, we must extend that across the geographic area from Denver to Las Vegas and points in between.

Here are four policy changes that can be made to make California a leader in drought management—a leader than can guide the entire Southwest U.S. farther into 21st Century water management and river protection.

1. California Gov. Brown’s mandatory drought restrictions should become permanent. The wasted water that the Governor’s restrictions will squeeze out of the system are primarily the inefficiencies that hang around due to decades of low water prices and not enough incentives for change. Much of the Governor’s gains in conservation can come from switching outdoor landscaping to be more drought tolerant and from switching indoor water fixtures to be more efficient. Making these restrictions permanent will spark myriad new technologies and jobs in the water conservation field just like how dirty energy restrictions create new jobs and technologies in the clean energy field.

2. Southern California should be a worldwide leader in wastewater and stormwater recycling. Enough water flows into the ocean from Southern California’s streets and sewers to meet all of the area’s water needs—that’s right ALL of them. Some of these changes are already occurring due to leaders in San Diego and LA over the past decade and their investments in new water treatment technology. Former Secretary of the California Environmental Protection Agency, Terry Tamminen, wrote an excellent piece on this topic in CNBC last week which outlined the steps needed to develop this leadership.

3. Enormous efficiencies can be made in Southern California’s agriculture sector to use water more efficiently and productively for the food Americans need and eat. For example, massive amounts of Colorado River water are used to grow alfalfa hay in the desert in Imperial County—alfalfa is a low-priced and high-water crop that is commonly shipped to China to feed dairy cows. Through incentives, this water that is now used for alfalfa could be shifted out of agriculture to provide water for people in Southern California. Further, farmers can lease water to cities in drought years and engage in fallowing programs that make more money than growing inefficient crops. The farm sector in Southern California is the biggest single user of water and has the most to gain from becoming more efficient.

4. The Colorado River has about 5 trillion gallons of water flowing in it every year, and every year every single drop is drained out. Where the Colorado River used to meet the Gulf of California was once a massive and thriving two-million acre wetland. The draining of this wetland may be one of the biggest environmental holocausts in American environmental history. As California leads the Southwest U.S. in water conservation and efficiency, the state’s people need to put some water back in the river to restore the depleted Colorado River Delta ecosystem. The good news is that the U.S. and Mexico are right now negotiating an agreement to do that and so it’s a great time for Southern California to step forward again.

The drought in California may feel like it’s causing extreme circumstance in the short term, but with innovative thinking and investments, the drought may become an opportunity for the state to lead the entire Southwest U.S. forward towards resilience. In a world with a changing climate, resiliency will be measured in efficiency and adaptability. Southern California may feel a bit of squeeze at the beginning, but it will blossom into a new and more efficient and thriving economy and culture more in tune with its surrounding environment.