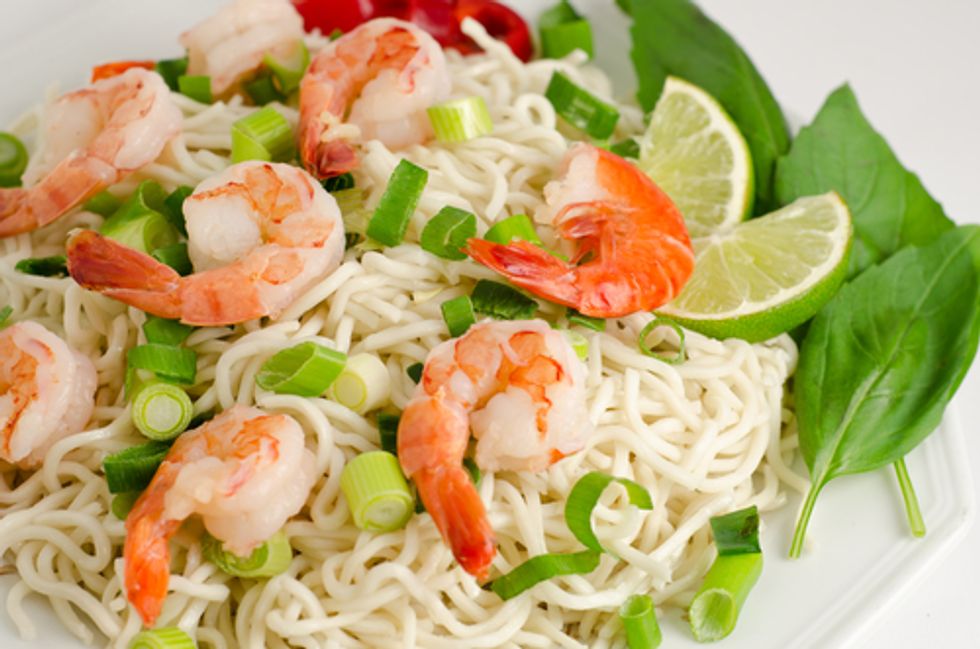 I’ll be the first to tell you that I love a good shrimp alfredo, shrimp pad thai or tempura shrimp. Unfortunately, we all may need to evaluate our love for these tasty crustaceans in the future, because there’s some ominous news emerging about shrimp farms—approximately 30 percent of the seafood we import is shrimp—and it’s time to get serious about whether we want to eat good seafood, or bad. And I’m not talking about the seafood that makes you crouch over the toilet all night versus the kind that’s been handled right.

Sustainability is a growing concern with seafood as the industry gets larger and consumers eat more. The world’s oceans provide a bounty of food, but fisheries as well as fish farms need to be managed responsibly to ensure that future generations will be able to take advantage of them, and to protect the environment. Some fish are so unsustainable that wild-caught specimens aren’t good choices if you care about the environment (such as the orange roughy) and farmed shrimp is among the farmed specimens that isn’t a good idea to eat because of the environmental costs.

What are those costs, exactly?

A great deal of the shrimp we buy comes from various regions of Asia, as well as South America. To meet the demand for shrimp from the U.S., farmers work in coastal waters to produce shrimp in pens—and the way shrimp farms are constructed and expanded is by removing natural mangrove swamps. These amazing natural phenomena provide an important home for numerous plants and animals who rely on the shelter of the mangroves to survive along the coastline in a unique ecosystem. Without mangroves, there’s nowhere to go.

Speaking of mangroves, those trees offer another important benefit to the environment. They create a formidable natural flood barrier which traps tidal surges and high waters, preventing them from rushing inland. Just as the loss of coastal wetlands in the United States has made flooding more severe, the loss of mangrove swamps has made communities near fish farms more vulnerable to flooding.

All those shrimp need to eat, and they need to poop. We don’t like talking about poop either, but it’s a fact of life. The waters around shrimp farms are crowded with nutrient-rich material, which might sound like a good thing (everybody likes nutrients, right?) but it’s actually not. It encourages the growth of algae and other organisms that disturb the natural balance of things in the ocean, which does two things that aren’t good for other organisms. The resource-hungry invaders create a situation called hypoxia, where oxygen levels fall in the ocean and make it impossible to support some organisms, and they also create opacity in the ocean, limiting the available light for fish and other species. This fundamentally changes the environment around shrimp farms, and not for the better.

As if the environmental problems weren’t enough, farmed shrimp come with significant labor violations at nearly every stage of production. Workers are underpaid and exploited in a working environment that can be dirty, harsh and very unpleasant. Because it’s difficult to track shrimp back to their source, you have no guarantee that your shrimp comes from a company that complies with labor laws and treats workers fairly—it’s possible your shrimp scampi may be served with a side of human rights violations.

What’s a shrimp-lover to do? Go wild caught, but there’s a catch. Wild-caught shrimp may not come with this laundry list of environmental problems, but it does come with another issue. Ships that trawl for shrimp tend to have a large bycatch of unwanted species, including critters we prefer alive and in the ocean, not gasping on the deck of a fishing trawler.

You want trapped shrimp, and if your fishmonger isn’t sure where your seafood came from (by law in many regions they are required to label seafood with sources), pass on the shrimp. Pick up some mahi mahi, wahoo (yes really, also known as ono) or scallops instead. Or take a walk on the wild side and go vegetarian for the night.