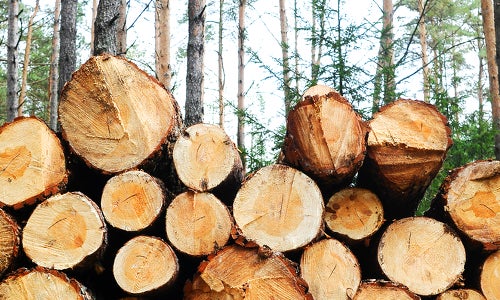 Illegal logging drives deforestation in many countries, robbing national governments and local communities of valuable income and contributing to global biodiversity loss and climate change. Experts estimate that up to 10 percent—or about $7 billion—of the global wood supply is sourced illegally—meaning that the wood was harvested in violation of national laws or international agreements to which a country is party to. Apart from its environmental and economic damage, illegal logging can fuel corruption, and is sometimes linked to organized crime and violent social conflict.

That’s why the Forest Legality Alliance is releasing a new publication today, Sourcing Legally Produced Wood: A Guide for Business. The guide aims to help companies avoid illicit logging in their supply chains—both for the good of the world’s forests and their own bottom lines.

Firms in the forest product business have a number of good reasons for ensuring that their raw materials are sourced legally. Consumers are increasingly seeking out companies with environmentally responsible business practices—including investigating products’ legality. The legal environment is changing, too. The U.S., the European Union and Australia each have a law prohibiting the import or sale of illegally sourced forest products. Indonesia is also implementing its own Timber Legality Assurance System, and China is moving towards finalizing its own system. Governments and businesses are also instituting procurement policies requiring that forest products they purchase have been legally sourced.

Still, the legality landscape is decidedly complex and can be difficult to navigate. While some companies—such as IKEA, Taylor Guitars, Staples and Disney—have taken actions to ensure their supply chains are free of illegally sourced wood, many others don’t know where to begin.

Here are four actions companies can take to make sure their wood comes from responsible, legal sources:

In the past few years, major consumer countries have passed laws that prohibit the trade of illegally sourced wood. The U.S. amended the Lacey Act in 2008 to add plants and plant products—such as timber and paper—to the century-old law that bans trafficking of illegal wildlife. The European Union quickly followed suit with its Timber Regulation in 2010, which went into effect in March 2013, while Australia passed its Illegal Logging Prohibition Act in 2012.

These three countries account for half of the total value of global forest product imports. Any company operating in and importing forest products into these countries needs to adopt measures to comply with these laws. IKEA, for example, responded by requiring its suppliers to annually report origin, volume and species of wood as well as undergo audits through the supply chain.

Aside from country-specific regulations, companies should also be aware of timber species listed under the Convention on International Trade in Endangered Species of Wild Fauna and Flora (CITES). Depending on which appendix the species in question is listed under, trade of the species may be completely banned or require a CITES permit. Additionally, some countries have harvest or export bans on certain species or certain forms of harvested timber (e.g. roundwood, sawnwood, finished products, etc.). Hence, it is important for companies to consider which timber species they are using and where they are purchasing from. Taylor Guitars, for instance, has shifted away from rare species like Brazilian rosewood, African ebony and Indian rosewood in favor of more abundant species. 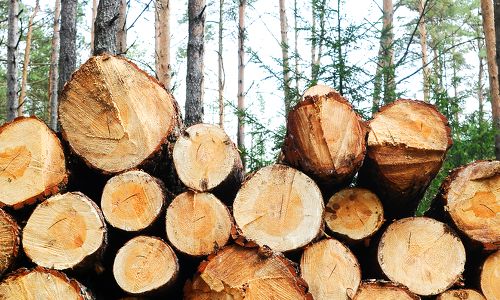 In the past few years, some countries have passed laws that prohibit the trade of illegally sourced wood.

The definition of illegality and laws that govern the timber trade differ from country to country. The three timber legality regulations mentioned above prohibit violation of laws in their country as well as in wood’s countries of origin. Thus, companies need to understand illegality laws and definitions not just in the countries they operate in, but in the countries where they are purchasing forest products from. Often, the best way to do this is by informing suppliers that assurance of legality is now a factor in buyers’ business decisions, just as price and reliability of supply are.

Ultimately, illegal logging is a manifestation of weaknesses in governance conditions. Thus, some countries are perceived as either low- or high-risk countries when it comes to legality, based on factors such as local levels of corruption, law enforcement procedures and extent of illegal logging. While it is still possible to source from “high-risk” countries legally and responsibly, companies need to do their research, find reliable suppliers and develop procedures that ensure their supply chains remain legal. Among others, one available tool that helps buyers with this research is the Risk Information Tool, which provides details on legislation and regulations in source countries, as well as other information.

A wide range of tools and systems are now available to help companies comply with emerging legality requirements. Many companies are turning to forest certification schemes, such as the Forest Stewardship Council and the Programme for the Endorsement of Forest Certification. These standards require companies to trace wood to its origin to ensure that it was responsibly and legally harvested. A number of tools and systems—such as CertiSource’s Legality Assessment for Verified Legal Timber, Rainforest Alliance’s SmartSource program, and the String online tool—are available to help trace the flow of products down the supply chain. And of course, a number of forest legality guidance documents—such as those developed by the Forest Legality Alliance—are now available to help businesses navigate the legality landscape.

Sourcing Legally Produced Wood: A Guide for Business is an important tool in the legality toolbox. By ensuring that their supply chains only support legally harvested woods, companies can both protect themselves and the world’s diverse forest ecosystems.

9 Maps That Analyze the World’s Forests