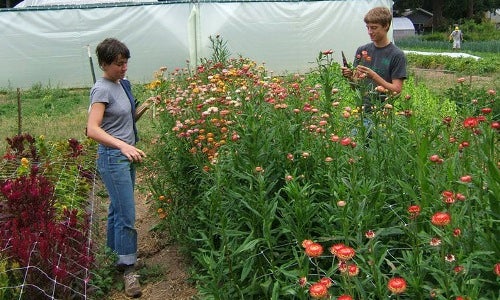 The Earth Day Network highlighted some of the country’s greenest colleges and universities last week.

Here are their picks:

1. University of California, Santa Barbara (UCSB) for its commitment to water conservation. The school reduced water use by 20 percent, nine years before a target date of 2020 for all California public universities. UCSB plans to cut water use by another 20 percent by 2028 through its Water Action Plan, one of the most comprehensive water management plans created by a university.

The Water Action Plan was first proposed in 2012 by a group of six graduate students at UCSB’s Bren School of Environmental Science and Management. The first step was to conduct a massive water audit at the university. Next, the group of students wrote a series of recommendations to improve efficiency. The students recommended creating a new staff position to oversee water management, and the inclusion of water conservation in the academic curriculum. 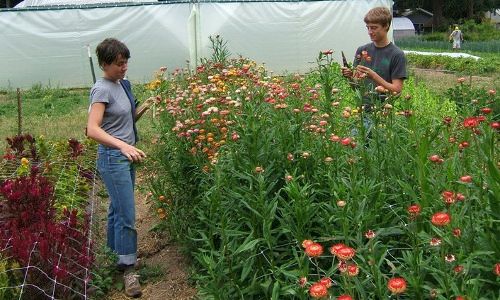 2. American University (AU) for its waste management strategy. The Washington, D.C. university has pledged to reach zero waste by 2020, meaning it will no longer send any waste to the landfill. It’s an ambitious goal, but AU already is two-thirds of the way there, thanks to a massive composting program. Compost bins for organic waste are distributed throughout the campus. Other steps include reducing food waste in its dining halls. In 2009, the university’s main dining hall decided to eliminate trays, resulting in 32 percent reduction in food waste and a 27 percent reduction in dish use.

3. University of Minnesota, Morris (UM-Morris) for its renewable energy portfolio. The UM-Morris campus derives 70 percent of its electricity from two 1.65 megawatt wind turbines. One—operated by the West Central Research and Outreach Center—was built in 2005. The other turbine was built in 2011 and is operated by the university. This makes UM-Morris home to the first large-scale wind research turbines at a U.S. public university. On windy days, these two turbines can provide enough electricity to power the entire campus. Just one of the turbines generates 5.6 million kilowatt hours of electricity a year.

The university relies on a biomass plant for heating and cooling. The plant is powered by 9,000 tons of corn cobs and prairie grass biofuels purchased from local farms—all within 20 miles of Morris—every year, adding $500,000 to the local economy and providing enough energy for at least 150 days of heating and cooling. The biomass plant cuts the university’s fossil fuel use by 80 percent and eliminates 8,000 tons of carbon dioxide emissions every year.

4. Evergreen State College in Washington state for managing its land responsibly and sustainably. The 1,000-acre campus is primarily composed of second-growth forest, which is a forest regenerated after harvests or severe disruptions like fire, storms or insects.

Dozens of trails wind through the trees, a few of which lead to Evergreen Beach, a unique coastal habitat in Puget Sound. The forest often is described as the campus’ primary classroom, and provides opportunities for ecological and scientific research. The grounds are carefully and sustainably managed. No herbicides or insecticides are used for landscaping. Some parts of the forest maintain reserve status, to minimize foot traffic and protect the region’s ecological balance—particularly the health of its watershed.

Five acres is devoted to agricultural and ecological studies. The plot includes a farmhouse, Demeter’s Gardens, Community Gardens, a compost facility, a workroom, tool shed, greenhouses and the 38,000-square-foot production area of the Organic Farm. Sheep and chickens are raised at the farm, as well as a diverse array of produce. Produce is sold through a local CSA farmshare and an on-campus farm stand. Some of the produce is also served in Evergreen’s dining halls. Students can intern at the farm for college credit.

Want to read about more green colleges and universities? In August, Sierra magazine released its seventh annual ranking of the nation’s “Coolest Schools,” a salute to U.S. colleges helping to solve climate problems and making significant efforts to operate sustainably.