4 Things You Should Know About Caffeine in Your Coffee 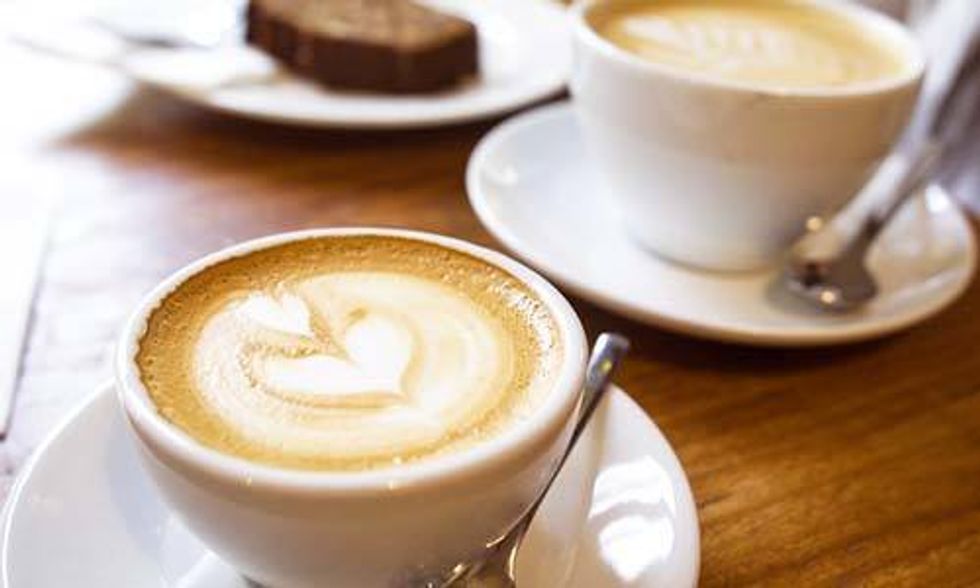 Coffee is the biggest dietary source of caffeine.

You can expect to get around 95 mg of caffeine from an average cup of coffee.

However, this amount varies between different coffee drinks and can range from almost zero to more than 500 mg.

This is a detailed guide to the caffeine content of different types and brands of coffee.

The caffeine content of coffee depends on many factors, such as:

Bottom Line: Caffeine content is affected by the type of coffee bean, roast style, how the coffee is prepared and the serving size.

How Much Caffeine is in a Cup of Coffee?

The main determinant of caffeine content is the type of coffee you are drinking.

Brewing is the most common way to make coffee in the U.S. and Europe.

Also known as regular coffee, brewed coffee is made by pouring hot or boiling water over ground coffee beans, usually contained in a filter.

Espresso is made by forcing a small amount of hot water or steam, through finely ground coffee beans.

Although espresso has more caffeine per volume than regular coffee, it usually contains less per serving, since espresso servings tend to be small.

Many popular coffee drinks are made from espresso shots mixed with varying types and amounts of milk.

These include lattes, cappuccinos, macchiatos and Americanos.

Since the milk does not contain any additional caffeine, these drinks contain the same amount of caffeine as straight espresso.

Instant coffee is made from brewed coffee that has been freeze-dried or spray-dried. It is generally in large, dry pieces, which dissolve in water.

To prepare instant coffee, simply mix one or two teaspoons of dried coffee with hot water. There is no need for any brewing.

Although the name may be deceiving, decaf coffee is not entirely caffeine free.

It may contain varying amounts of caffeine, ranging from 0–7 mg per cup, with the average cup containing 3 mg (5, 6, 7).

However, some varieties may contain even higher amounts of caffeine, depending on the type of coffee, method of de-caffeination and cup size.

Bottom Line: The average caffeine content of an 8-oz, brewed cup of coffee is 95 mg. A single espresso or espresso-based drink contains 63 mg and decaf coffee contains about 3 mg of caffeine (on average).

Coffee shops are also notorious for their large cup sizes, which can range up to 700 ml (24 oz). The amount of coffee in such cups is equivalent to about 3–5 regular-sized cups of coffee.

Starbucks is probably the best-known coffee shop in the world. It also offers some of the most caffeinated coffee available.

The caffeine content of brewed coffee at Starbucks is as follows (8, 9):

Furthermore, one shot of espresso at Starbucks contains 75 mg of caffeine.

Consequently, all small, espresso-based drinks also contain 75 mg of caffeine. This includes lattes, cappuccinos, macchiatos and Americanos, among others (10).

Larger sizes, which are made with two or even three, espresso shots (16 oz), likewise contain 150 or 225 mg of caffeine.

Decaf coffee from Starbucks contains 15–30 mg of caffeine, depending on cup size.

Bottom Line: An 8-oz, brewed coffee from Starbucks contains 180 mg of caffeine. A single espresso and espresso-based drinks contain 75 mg, while an 8-oz cup of decaf coffee contains about 15 mg of caffeine.

McDonald's sells coffee all over the world, often under their McCafe brand.

However, despite being one of the biggest fast food chains that sells coffee, they do not standardize or calculate the amount of caffeine in their coffee.

As an estimate, the caffeine content of their brewed coffee is about (11):

Their espresso contains 71 mg per serving and decaf contains 8–14 mg, depending on the size of the cup.

Bottom Line: McDonald's doesn't standardize the amount of caffeine in their coffee. As an estimate, a small cup of brewed coffee contains 109 mg of caffeine. Espresso contains about 71 mg and decaf has about 8 mg.

Dunkin Donuts is another chain of coffee and donut shops that is very popular worldwide. The caffeine content of their brewed coffee is as follows (12):

Their single espresso shot contains 75 mg of caffeine, which is also how much you can expect to get from their espresso-based drinks.

That's almost as much caffeine as you find in other varieties of regular coffee.

Bottom Line: A small cup of coffee from Dunkin Donuts contains 215 mg of caffeine, while a single espresso contains 75 mg. Interestingly, their decaf coffee may contain as much as 53-128 mg of caffeine.

Is Caffeine Something to Worry About?

Coffee is high in antioxidants and many studies show that it is good for your health.

However, getting too much caffeine is linked to adverse effects like anxiety, sleep disruptions, heart palpitations and restlessness (14, 15).

Consuming 400-600 mg/day of caffeine is generally not associated with adverse effects in most people. This is about 6 mg/kg (3 mg/lb) of body weight or 4-6 average cups of coffee per day (16).

Some are very sensitive to it while others find themselves unaffected by large amounts. This is largely due to genetic differences (17, 18).

You'll just have to experiment and see what amount suits you best.

Omega-3: How Much Do I Need for Optimal Health?