4 States Likely to See the Hottest Year Ever 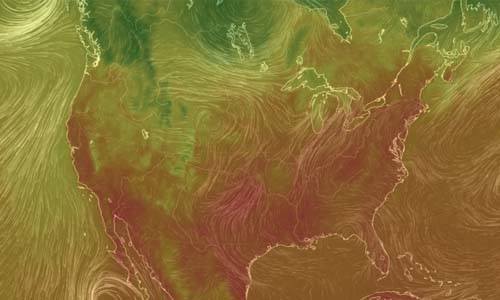 It’s already shaping up to be the hottest year on record globally, and it’s certainly been a scorcher for the U.S. as well. The latest data from the National Oceanic and Atmospheric Administration (NOAA) found that the contiguous U.S. had its 12th warmest summer on record and its ninth warmest year to date in the last 121 years.

Washington, Oregon, Nevada and California had their record warmest January-August. Fifteen other states saw “much above average” or “above average” temperatures. Photo credit: NOAA

Washington and Oregon even had their warmest summers ever as the Pacific Northwest battled record heat and Washington dealt with its largest fire in state history. Those two states, along with California and Nevada, recorded their warmest January to August, and are poised to see their hottest years ever, according to NOAA.

“I think it’s likely that 2015 will set the record for the warmest year on record for WA State,” Karin Bumbaco, assistant state climatologist for Washington, told Climate Central. “Even if the rest of the year were simply average temperature-wise, 2015 would surpass the current record-holder of 1934 by 0.5°F,” she said, and with one of the strongest El Niños on record, it is very likely that temperatures will remain above normal for the rest of the year.

Alaska had its second-warmest January to August on record. Montana, Idaho, Wyoming, Colorado, Utah, New Mexico, Arizona and Florida all had “much above average” temperatures for January to August. The record warmth, coupled with record dryness has created conditions for what might yet be the worst wildfire season on record—with no sign of relief anytime soon.

As for precipitation, overall the U.S. has had its 24th wettest year to date, but extremes exist. The Central U.S. along with parts of the Northeast and Midwest had one of their soggiest summers ever, whereas, as of Sept. 1, 30 percent of the U.S. was in drought—up three percent since July.