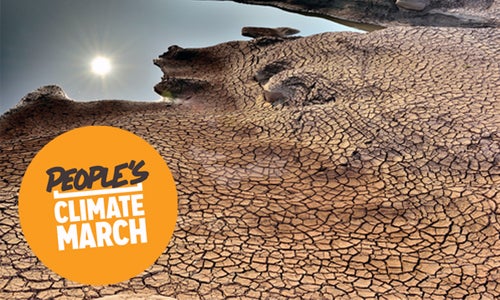 I inhabit the river-activist wing of the climate movement, and if you’re a river activist like me, please come to the People’s Climate March in New York City on Sept. 21. The future of the rivers of America is directly tied to our ability to control climate change. 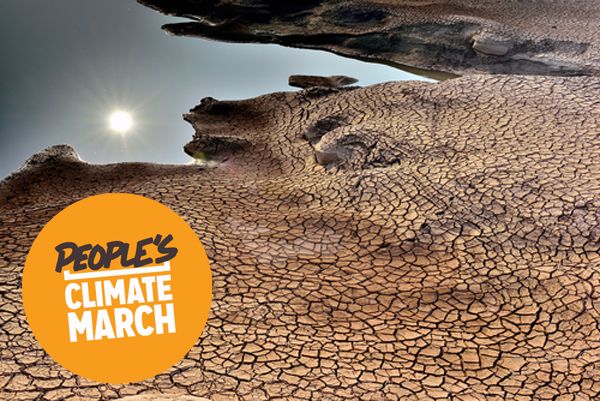 For several decades scientists have known and studied historic “megadroughts” in the Southwest U.S. and Colorado River basin, but not until last week did a scientific paper directly connect potential future megadroughts to climate change.

I run organizations that work to protect and restore the Colorado River of the Southwest U.S. and the Cache la Poudre River of Northern Colorado. Both are at extreme risk as global warming increases.

For several decades scientists have known and studied historic “megadroughts” in the Southwest U.S. and Colorado River basin, but not until last week did a scientific paper directly connect potential future megadroughts to climate change. The scientific paper, published in the American Meteorological Society’s Journal of Climate, puts the chance of a climate-change caused megadrought between 20 percent and 50 percent over the next century.

Toby Ault, who is a Cornell University assistant professor of Earth and atmospheric sciences and lead author of the paper, directly ties this risk to human-caused climate change when he says: “As we add greenhouse gases into the atmosphere—and we haven’t put the brakes on stopping this—we are weighting the dice for megadrought conditions.”

This risk of a megadrought is now added on top of the prolonged drought that is currently gripping the Colorado River basin. Over the last 15 years, the amount of water flowing in the Colorado River—which comes from snowpack in Wyoming, Utah and Colorado—has decreased by about 15 percent (see page 10), and U.S. Secretary of the Interior Sally Jewell has publicly stated that she thinks this recent drought is the “new normal.”

As another example how river health interacts with climate change, we also now know that dams themselves cause climate change. Reservoir operations cause methane emissions, and in some cases the methane-related greenhouse gas emissions from hydroelectric dams can be as bad or worse than from a coal-fired powerplant. Scientists in Brazil have gone so far as to say: “Dams are the largest single anthropogenic source of methane, being responsible for 23 percent of all methane emissions due to human activities.”

At the other end of the spectrum, scientists are predicting significantly more climate variability as global warming increases, which can lead to droughts in some places but massive rains and flooding in others. Here along the Front Range of Colorado where I live, in the last five years we’ve seen near record flooding, drought, heat waves, forest fires and snowpack, all of which have dramatically impacted our regional rivers. The Cache la Poudre River basin has been especially hard hit with forest fires, flooding and drought in recent years.

If all of that is not bad enough, the future of the rivers of the Southwest U.S. and all across America is also directly tied to fracking and other dirty energy extraction that leads to climate change. Here in Colorado, fracking has resulted in oil spills in rivers, benzene leaking into streams, and massive risks and impacts when flooding has occurred in oil and gas fields. All across the Southwest U.S.—but especially in Utah—dirty energy extraction including fracking, oil shale, coal and tar sands is impacting and further threatening the health of local and regional rivers. Much has been said about the tar sands in Canada, but Utah has its own tar sands mining threat that is moving forward right now.

Climate change touches us all, and touches the rivers we work to protect. Please join me in New York!

Gary Wockner, PhD, directs Save The Poudre and Save The Colorado.