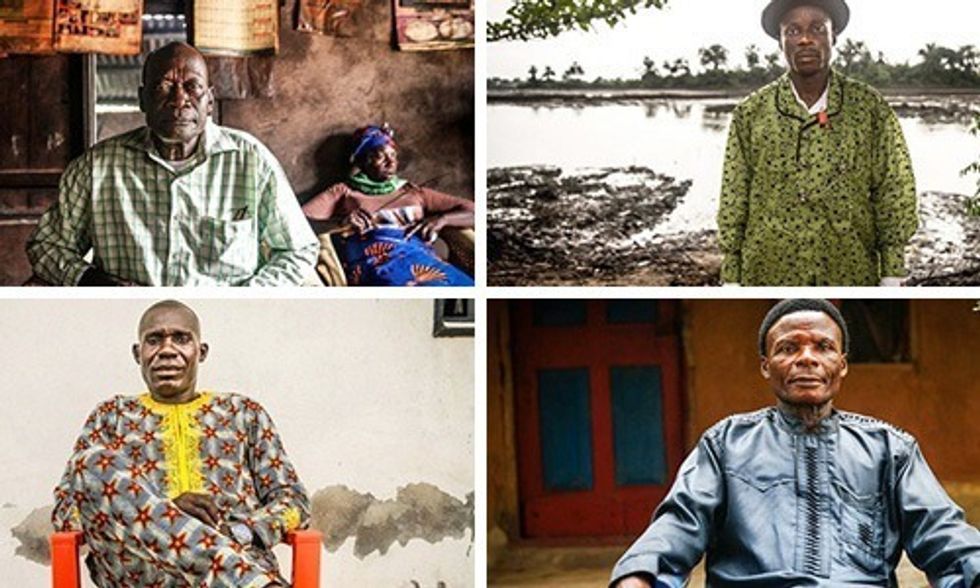 Four Nigerian farmers and Friends of the Earth Netherlands welcome today’s ruling by the Court of Appeals in The Hague allowing them to jointly sue Shell in the Netherlands for causing extensive oil spills in Nigeria.

The ruling is unique and can pave the way for victims of environmental pollution and human rights abuses worldwide to turn to the Netherlands for legal redress when a Dutch company is involved. In addition to competence question, the court also ruled in favor of Friends of the Earth Netherlands and the Nigerian farmers regarding the issue of access to internal company documents, Shell must give access to internal company documents.

"Today's ruling is a landslide victory for environmentalists and these four brave Nigerian farmers who, for more than seven years, have had the courage to take on one of the most powerful companies in the world," Geert Ritsema, campaigner at Friends of the Earth, said. "This ruling is a ray of hope for other victims of environmental degradation, human rights violations and other misconduct by large corporations."

Alali Efanga is one of the Nigerian farmers who, along with Friends of the Earth, brought the case against Shell. "This ruling offers hope that Shell will finally begin to restore the soil around my village so that I will once again be able to take up farming and fishing on my own land," Efanga said.

“This is in every respect a landmark case," Channa Samkalden, legal counsel for Friends of the Earth and the Nigerian farmers, said.

The Court of The Hague ruled in favor of the farmers and Milieudefensie on all procedural issues in the case, which has dragged on for more than seven years because of various legal obstacles raised by Shell which seriously delayed proceedings. Amongst other things, the court ruled in favor of Friends of the Earth Netherlands and the Nigerian farmers regarding the issue of access to internal company documents, which a lower court had earlier denied.

"This is the first time in legal history that access to internal company documents was obtained in court," Samkalden said. "An appropriate ruling, because these documents may contain important corroborating evidence regarding the oil spills caused by Shell affecting these farmers’ land and fishing ponds. This finally allows the case to be considered on its merits.”

In 2008, four Nigerian citizens—Friday Alfred Akpan from Ikot Ada Udo, Eric Dooh from Goi and Alali Efanga en Fidelis Oguru from Oruma—together with Friends of the Earth Netherlands took Shell to court over oil spills that had polluted their fields and their fish farming ponds. Once proud owners of flourishing farms, they were now reduced to poverty and forced to survive on odd jobs, because the oil spills were never properly cleaned up and their land and fish ponds remain unusable to this day.

The plaintiffs demand that Shell cleans up the oil spills, compensates them for their losses and prevents new leakages by ensuring that the company’s pipelines are properly maintained and patrolled. Friends of the Earth Netherlands is a co-plaintiff.

In January 2013, the courts in The Hague ruled that Shell was guilty of causing pollution on the land of Friday Alfred Akpan. Shell appealed this decision, while Friends of the Earth Netherlands and the Nigerians appealed the rejection of the demands of the remaining three farmers.

The case of the four Nigerian farmers is only the tip of the iceberg. For decades, Nigeria has been the stage of the largest oil spill on Earth. Over the years, an amount of oil double to that of the sinking of the Deep Horizon in the Gulf of Mexico in 2010 has leaked into the environment. A 2011 report published by United Nations Environment Programme shows Shell doing far too little to clean up the leaked oil.