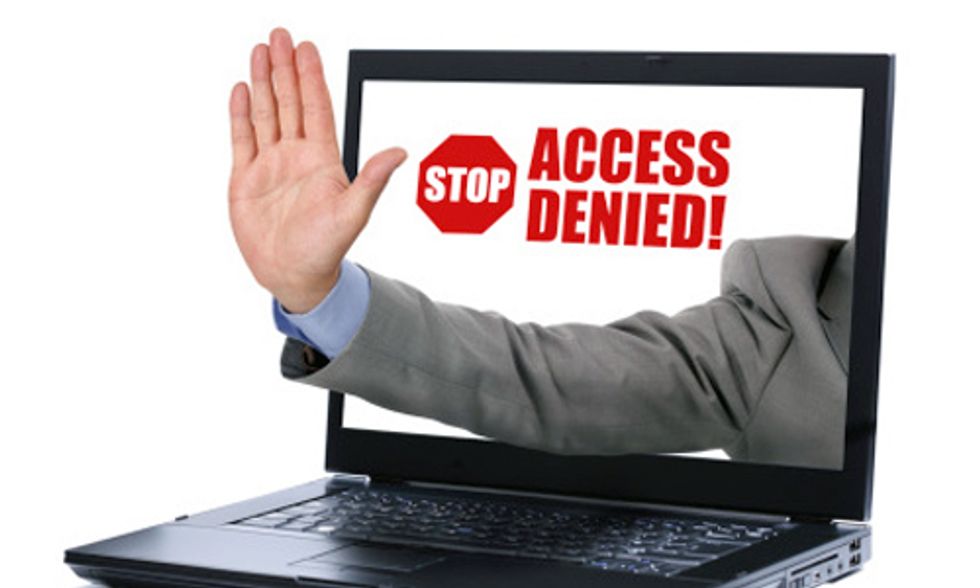 If a climate change denier has no place to voice his opinion, does he still make a sound?

Earlier this year, Care2 writer Beth Buczynski debated the merits of publications eliminating the opinions of climate skeptics from their pages. On the one hand, it never seems right to stifle discussion, but on the other hand, is there a point where the facts are so overwhelming and the consequences so catastrophic that it’s time to move the discussion forward rather than entertaining the conspiracy theories of those who stand to profit from the preponderance of misinformation?

Right or wrong, banning global warming deniers is rapidly becoming more commonplace. Here are four publications that decided to make the plunge and their justifications for doing so:

This week, Reddit—one of the internet’s most popular sites—announced its official policy to ban climate change denial in its science forum. The forum, which boasts four million subscribers, prides itself on discussing and promoting articles of the highest scientific caliber. According to chemist and forum moderator Nathan Allen, Reddit “requires submissions to be related to recent publications in reputable peer-reviewed journals which effectively excludes any climate denial.”

Although the site attempted to moderate submissions on a case-by-case basis initially, global warming deniers persisted to the point where an official decree was necessary. “No topic consistently evokes such rude, uninforme, and outspoken opinions as climate change,” explained Allen. While the decision has been controversial amongst some Reddit users who prefer free dialogue, Allen felt it was the most appropriate option. “We felt that to allow a handful of commenters to so purposefully mislead our audience was simply immoral.”

A couple of months ago, the Los Angeles Times’ letters editor, Paul Thornton, drew the ire of some conservative bloggers when he declared that his paper would no longer publish letters from climate change skeptics. While he maintains that he values including a variety of opinions, he sees no reason to give attention to opinions that fly in the face of factual evidence.

“Simply put, I do my best to keep errors of fact off the letters page; when one does run, a correction is published. Saying ‘there’s no sign humans have caused climate change’ is not stating an opinion, it’s asserting a factual inaccuracy,” wrote Thornton.

Pointing to the overwhelming scientific consensus that the global warming is the result of human-made carbon emissions, Thornton believes it a waste of time to give any further attention to the letters he still receives that refers to climate change as a liberal “hoax.”

Following in the LA Times' footsteps, the Sydney Morning Herald took a more nuanced approach to its policy on global warming letters, stopping short of officially “banning” climate skeptics from sharing their opinions. Still, the paper maintains that opinions must not misrepresent facts.

“The Herald believes unequivocally in human-induced climate change. It is an established fact,” said editor-in-chief Darren Goodsir. “What we are much more interested in is not the sideshow over whether this phenomenon exist or not, but on how it should be tackled.”

In other words, the Sydney Morning Herald won’t use the “ban” word, but good luck getting a climate change denial letter published.

As anyone who reads the comment sections on the internet can testify, there’s a lot of ill-informed nonsense out there. After seeing a rash of unscientific comments disparaging their articles about climate change (as well as some other topics like evolution), Popular Science ultimately decided to get rid of such comments. The website’s online content director, Suzanne LaBarre, said that comments like, “Gullible Warming. What a crock!” were “undermining scientifically sound” information. Without the means to moderate the comments effectively, they felt the best move was to disable commenting on the site altogether.

Like any good scientific publication, the decision was based in research, as well. In a study, test subjects read an article about a pretend piece of technology. Fake reader comments were attached to the end of the article either supporting or berating the technology. The study found that those who read the positive comments reported favorable feelings about the technology, while those who read negative comments were opposed to the technology. Since even non-factual comments can influence readers’ perceptions, Popular Science saw fit to remove that unhelpful factor.