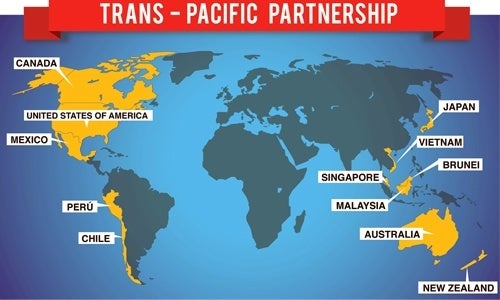 After first rejecting “fast-track authority” to prevent Congress from amending President Obama’s pending Asian and European trade agreements, 13 Senate Democrats change their votes Thursday. The Senators who flipped had obtained other concessions, on issues like the Export-Import Bank and currency manipulation—but tellingly most of the concessions were promises to let something be voted on, not commitments to pass them. 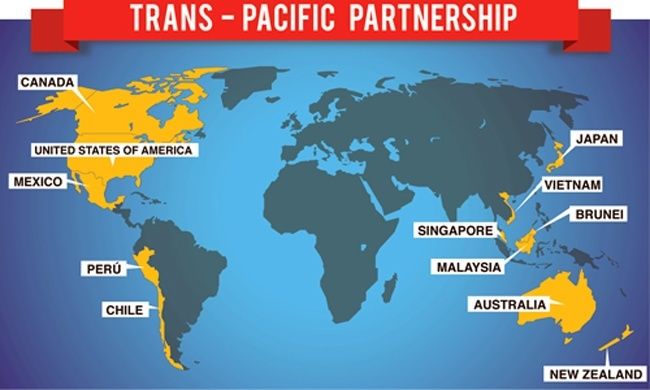 With these four new trump cards on the table, the odds against fast-track get better—and almost certainly the next Presidential election will put the candidates of both parties to the test—a fact which has led Hilary Clinton to distance herself from her husband’s trade legacy, and Mike Huckabee to make opposition to trade deals one of his key planks.

The Senate vote passed the bill Friday night, but the process proved far more difficult than expected and prospects in the House were even more challenging.

The debate thus far represents a seismic change in the trade conversation. Now the argument is not about whether to incorporate labor and environmental standards. This year the debate is about the fundamentals—are the kinds of trade agreements we have been negotiating good for the country at their core?

But as trade agreements tilted further and further away from the center of public opinion, Congress began setting side-bars that negotiators couldn’t—or didn’t want—to deliver. So the Bush Administration made the Congressional limits advisory only, not binding. Now fast track basically says anything the administration negotiates is exempt from Congressional amendment—even provisions Congress and the public would never have supported.

But this reality had to be concealed from the public. So trade negotiators stopped allowing public release of the terms of the agreements they were negotiating—fearing that if the public and Congress knew what was in a deal being worked out, opposition would increase. (Indeed, Ron Kirk, the first Obama Trade Rep, was blunt: if the text of the treaty was made public, it could never be approved).

Members of Congress had to be allowed to see the documents. But they were told that it was illegal for them to share what they learned with the public. When Sen. Barbara Boxer started to take notes the guard told her she could not—or if she did, she had to surrender them. “Not on your life,” Boxer retorted, and kept her notes.

Republican Jeff Sessions went further. He laid out a five page memo directly (and apparently illegally) quoting from the draft text he had seen, slamming in particular the provisions of the pending agreement that allow the President and other countries to change its membership and terms without Congressional approval—in effect a permanent blank check to the White House.

2. Concerns about climate highlights the reality that how goods are produced does not just impact the countries where production takes place.

One of the core principals of the World Trade Organization and the North American Free Trade Agreement was that importing countries could not set worker, health or environmental standards for goods coming into their markets. This was always a misguided theory—pollution, for example, does not respect national boundaries. (Or even oceans—in some seasons a quarter of the sulfate pollution in the Western U.S. is emitted from factories in China making goods for export.)

But carbon pollution is a truly global problem. Climate changes impacting Africa today is a result of carbon emitted by the U.S. and Europe over the last century. As more and more nations move towards carbon pricing as a part of the solution—by 2016 50 percent of the world’s fossil fuels will pay a carbon price—nations won’t allow their competitors to undercut their prices by refusing to levy such prices. Requiring a level playing field in international trade is an idea whose time is coming—and perhaps may already have come.