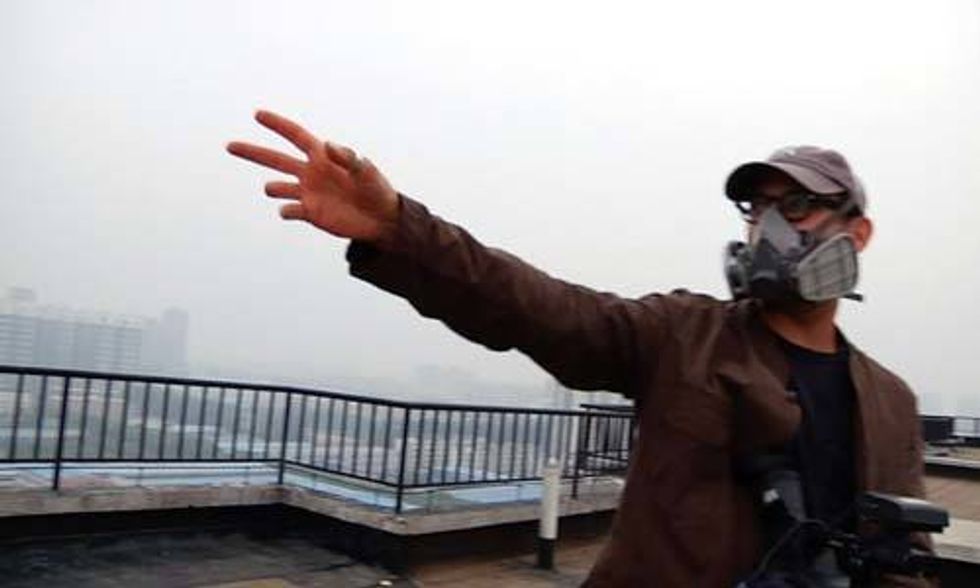 Sundance Film Festival in Park City, Utah is going on now from through Jan. 31. It's one of the largest independent film festivals in the world, attracting some 50,000 attendees. The festival is well known for its outstanding films, and this year does not disappoint.

1. How to Let Go of the World (And Love All the Things Climate Can't Change)

"What are the things that climate change can't destroy? What are those parts of us that are so deep that no storm can take them away?" That's the pivotal question in Josh Fox's latest film, How to Let Go of the World (And Love All the Things Climate Can't Change). The Emmy-winning director travels the world to connect with communities who are already dealing with the consequences of climate change.

In the film, Fox meets scientists, artists, entrepreneurs and environmental activists who are investing in renewable energy instead of climate-damaging fossil fuels. The film highlights these pioneers as proof that a renewable energy future is indeed possible and all hope is not lost.

Coinciding with its Sundance premiere, Fox's team launched a Kickstarter Campaign, $100K for 100 Cities, to raise support to show the film in 100 cities and towns that are threatened by fossil fuel infrastructure projects like fracked-gas pipelines and power plants.

In Unlocking the Cage, renowned filmmakers D. A. Pennebaker and Chris Hegedus document animals right activist Steven Wise's courtroom battle to expand legal "personhood" to include certain animals. Wise's plaintiffs are two chimpanzees, Tommy and Kiko—former showbiz stars. Wise exposes the cruelty these two and other animals have experienced at the hands of humans. Wise argues that without "personhood," these animals are seen as "merely things" that are "invisible to the law."

"Propelled by one man’s life mission of 30 years, the filmmakers mine this obsession and dedication to a cause that many experts feel is ripe for skepticism," says the Sundance summary of the film. "Heartwarming and challenging, this powerfully crafted story does a remarkable job breaking down the science, legalities and psychology behind a battle that, against all odds, has the potential to transform our legal system and effectively break down barriers between humans and animals."

"Filmmakers Heidi Brandenburg and Mathew Orzel capture all angles of a volatile political and environmental crisis with breathtaking access and bold, unflinching camera work," says the Sundance summary of the film. "From the raucous halls of justice to deep in the heart of the Amazon jungle, When Two Worlds Collide exposes a titanic clash between a president hungry for economic legitimacy and an outspoken environmentalist desperate to protect an ancient land from ruin."

Eubanks (Danny Glover) is an old school pig farmer from Georgia, whose farm is on the brink of foreclosure. He decides to take his beloved pig, Howie, to Mexico to find him a new home. But Eubanks' drinking and his deteriorating health start to foil his plans. His estranged daughter, Eunice (Maya Rudolph), is forced to join them on their adventure.

"Director Diego Luna tackles the old and new in an age of global markets, factory farming and disposable relationships. Luna’s poetic postcard road film to Mexico, guided by a soundtrack evoking the South and old rock ‘n’ roll, is lyrically photographed following the gorgeously overgrown, winding roads of Central America," says the Sundance summary of the film. "Luna trusts his audience, letting the story unfold in a bold, un-expository way, allowing tour-de-force performances by Glover, Rudolph, and, of course, Howie the pig."