4 Commonly Prescribed Drugs That May Not Be Safe 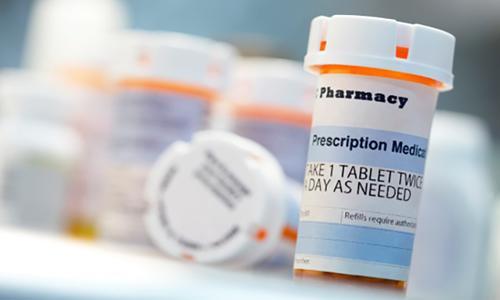 They are so common no one thinks twice about them: drug ads that tell you about a disease you might have and a pill that could treat it. Just “ask your doctor,” they say, if the pill is right for you.

Until 1997, such direct-to-consumer (DTC) ads did not exist because without a doctor’s recommendation, how could people know if the medication was appropriate or safe? The only thing people knew about drugs and drug risks was from ads they peeked at in medical journals at the doctor’s office. 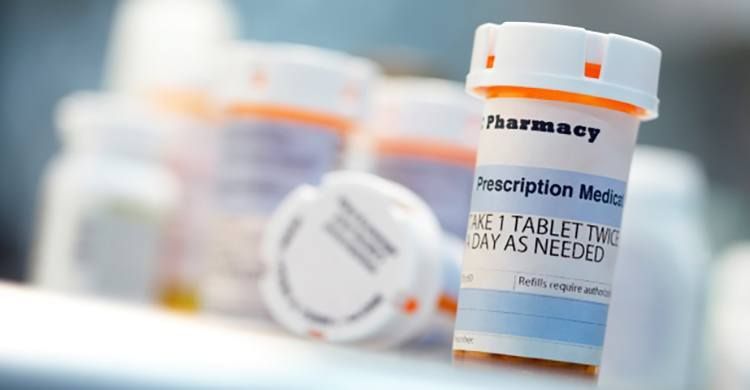 To sell drugs, the ads raise awareness of conditions people never worried about before and probably don’t have.

Now the American Medical Association (AMA) is taking a second look at DTC advertising. In November 2015, doctors at the AMA’s Interim Meeting sought a policy to address one of its biggest problems: the growing proliferation of ads “driving demand for expensive treatments despite the clinical effectiveness of less costly alternatives.” Billions are spent advertising expensive new drugs that are not clearly better than existing ones, the AMA said. The Kaiser Family Foundation agreed and said exorbitantly priced drugs—like $1,000-a-pill hepatitis C drugs and recently approved PCSK9-inhibiting cholesterol drugs—are the “public’s top health care priority.” The new cholesterol drug will cost an estimated $14,000 a year.

Looting tax dollars and raising health premiums is only one result of DTC advertising. To sell drugs, the ads raise awareness of conditions people never worried about before and probably don’t have. Some conditions are so rare the ads appear to be selling the disease itself. How many people, for example, suffer from “Non-24,” a condition that mostly affects blind people yet is currently advertised on TV? How many people suffer from “exocrine pancreatic insufficiency” and need to ask their doctor about their “poop” as other ads currently suggest?

Nor are the drugs even clearly safe. Many of the aggressively advertised drugs have risks that have surfaced after their ad campaigns expire (Others like Vioxx, Bextra, Baycol, Trovan, Meridia, Seldane, Hismanal and Darvon were removed from the market altogether).

Here are some heavily advertised drugs that are not necessarily safe.

Few had heard of the condition gastroesophageal reflux disease before DTC advertising. While a small percentage of the population may have GERD, the condition is widely believed to have been pushed to sell proton pump inhibitors (PPI) like Nexium. In many cases “GERD” is really heartburn and can be treated with Tums or Rolaids, critics said.

GERD has made a lot of money. The “Purple Pill,” Nexium, made almost $5 billion in the U.S. in one year and the class of PPIs made $13.6 billion, translating into 119 million prescriptions. But safety questions have followed.

In 2012, the U.S. Food and Drug Administration (FDA) warned that PPIs are linked to Clostridium Difficile or C. Dif, a sometimes deadly intestinal infection that is becoming increasingly drug resistant. In 2013, medical literature linked PPIs to fractures, calcium and magnesium deficiencies, community-acquired pneumonia and vitamin B-12 deficiencies. Other research suggests PPIs might cause blood vessels to constrict and cardiovascular risks and this month, research said PPIs may be linked to increased risk for chronic kidney disease.

If DTC advertising was the medium that made Big Pharma a Wall Street darling, statins like Lipitor were the drug class. In 2005 statins earned $18.7 billion in the U.S. and Pfizer’s Lipitor became the best-selling drug in the world.

Patients loved statins because they could ignore diet and exercise advice and still, apparently, reduce heart attack risks; their body would “forgive” the bacon cheeseburger. But not all medical voices agreed. Some wondered why the nation spent approximately $20 billion a year on cholesterol-lowering drugs instead of effective, less dangerous and less expensive lifestyle and diet changes. Others questioned the value of statins themselves.

High cholesterol, which statins treat, is a “relatively weak risk factor for developing atherosclerosis,” Barbara Roberts, an associate clinical professor of medicine at the Alpert Medical School of Brown University told me. “Big Pharma has consistently exaggerated the benefits of statins and some physicians used scare tactics so that patients are afraid that if they go off the statins, they will have a heart attack.” Though many doctors have “swallowed the Kool-Aid,” Dr. Roberts, author of The Truth about Statins, said, “diabetes and smoking are far more potent when it comes to increasing risk.”

In 2012, the FDA floated new risks to the entire statin class, adding warnings to their labels about memory impairment, diabetes, liver injury and muscle damage. Memory problems had always been suspected with statins, but after Lipitor’s patent ran out, they were confirmed.

Statins were given a big boost by Paul Ridker of Brigham and Women’s Hospital in Boston, who presented the results of a study on the statin Crestor, funded by its manufacturer AstraZeneca, in 2009. Even though Ridker was co-inventor of a related patent and stood to profit from sales and study authors listed 131 financial ties to Big Pharma, the media were wowed. Headlines screamed “AstraZeneca’s Crestor cuts death, heart attack” and “Crestor study seen changing preventive treatment!” Ka-ching.

But doctors posting online comments in the New England Journal of Medicine were not convinced, especially since the study was stopped early because, AstraZeneca said, of its clearly positive results. “It is well established that RCTs [randomized controlled trials] stopped early overestimate benefits significantly,” wrote a physician from Rochester, Minnesota. “It is shocking that this trial was terminated 50 percent through, based on a small absolute benefit, with real questions about long-term risk,” a poster from LSU Law Center, read.

During Crestor-mania, few remembered that the FDA’s own David Graham had named the drug among the top five most dangerous in Capitol Hill testimony. Public Citizen, the national watchdog group, had petitioned for the drug’s withdrawal and research in the journal Circulation found Crestor “was significantly more likely to be associated with the composite end point of rhabdomyolysis, proteinuria, nephropathy or renal failure” than related drugs.

Vytorin was heavily advertised as treating both genetic and dietary sources of cholesterol and combined the statin drug Zocor with the anti-hyperlipidemic drug Zetia. The problem was, it was marketed before a study confirmed its effectiveness and when the study was published, it found Vytorin had no effect on the buildup of plaque in the arteries. Oops.

Like other expensive and popular drugs, the issue wasn’t just that Vytorin did not work any better than a much cheaper drug. Its makers, Merck and Schering-Plough, also admitted “theoretical” safety concerns about liver damage. In 2014, American Journal of Cardiology authors reported an unexpected increase in cancer incidence and mortality in subjects possibly linked to ezetimibe, one of the Vytorin ingredients.

Vytorin was such a scam, Sen. Chuck Grassley (R-Iowa) asked the General Accounting Office to investigate why the FDA would approve a drug to reduce artery-clogging plaque that didn’t reduce artery-clogging plaque. Former Congressmen Bart Stupak (D-MI) and John Dingell (D-MI) asked why Schering-Plough Executive VP Carrie Smith Cox unloaded $28 million in stock when she knew the study failed before the public did.

“Many consumers may not have taken Vytorin had they been aware of the study results,” Rep. Stupak said during hearings. He might have added “had they not seen DTC advertising.”