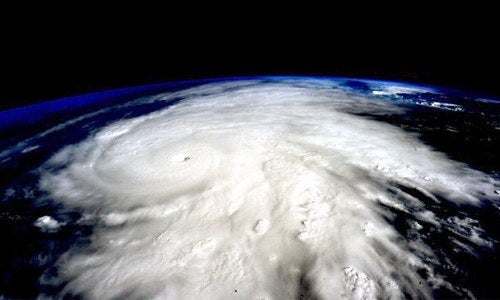 A state of emergency was declared over large sections along Mexico’s Pacific coast Friday as Hurricane Patricia was listed as a Category 5 and described as the “strongest storm ever measured on the planet.”

Kelly’s images show the size and severity of Patricia, which made landfall in Mexico Friday evening with winds reaching 165 mph.

Woke up in the night #Patricia update w latest view from @space_station Thoughts continue for all below #YearInSpace pic.twitter.com/MYmYLA3uPw