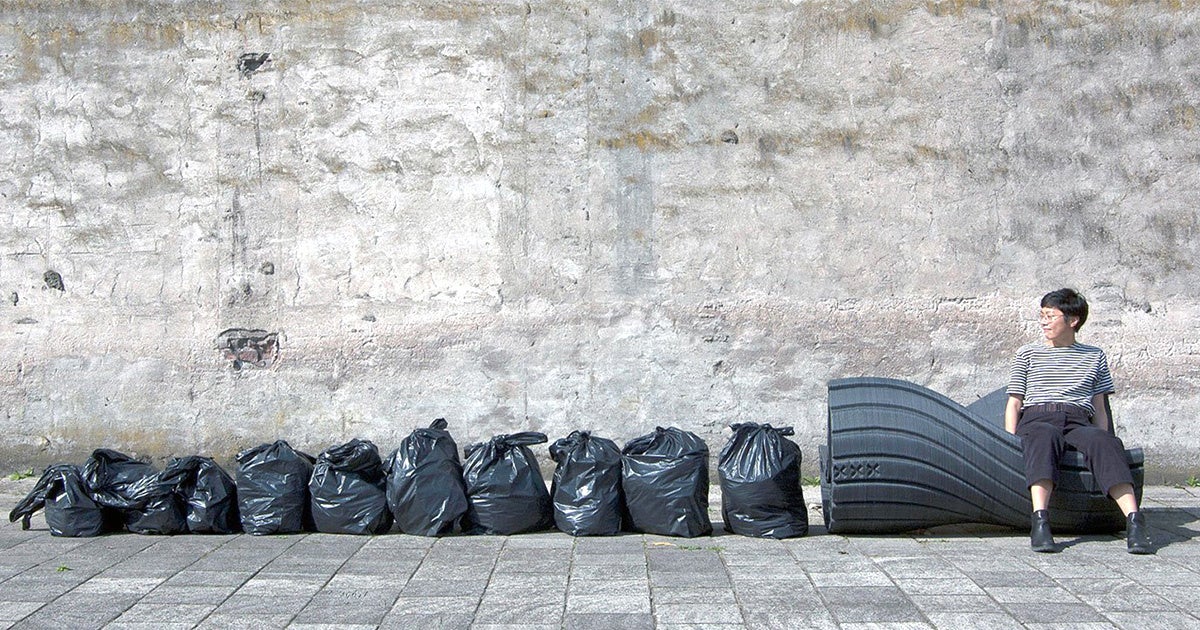 The benches are made to look like rocking chairs that can fit up to four people. The beauty of such a product is that the shape and size of the bench can be easily customized.

Notably, at the end of the bench’s life, it can be taken apart and recycled again up to seven times to create more furniture for public spaces.

In the video below, New Raw co-founder Foteini Setaki says the benches weigh approximately 50 kilos each—roughly equal to 150 percent of total plastic waste produced by one Amsterdammer per year.

“So one Amsterdammer could potentially produce benches by just collecting their own plastic waste,” she said.

According to Inhabitat, the Print Your City! project launched in 2016 as part of the AMS Institute’s Circular City Program and is supported by TU Delft and AEB Amsterdam.

“Print Your City! explores the concept of applying 3D printing to plastic waste, as a way to re-design urban space,” the project website states. “As the name suggests, Print your City! is a call for action, rallying citizens to recycle household plastic waste in order to transform it into raw material for public furniture, via a 3D printing process.”

Watch here to learn more about the project.