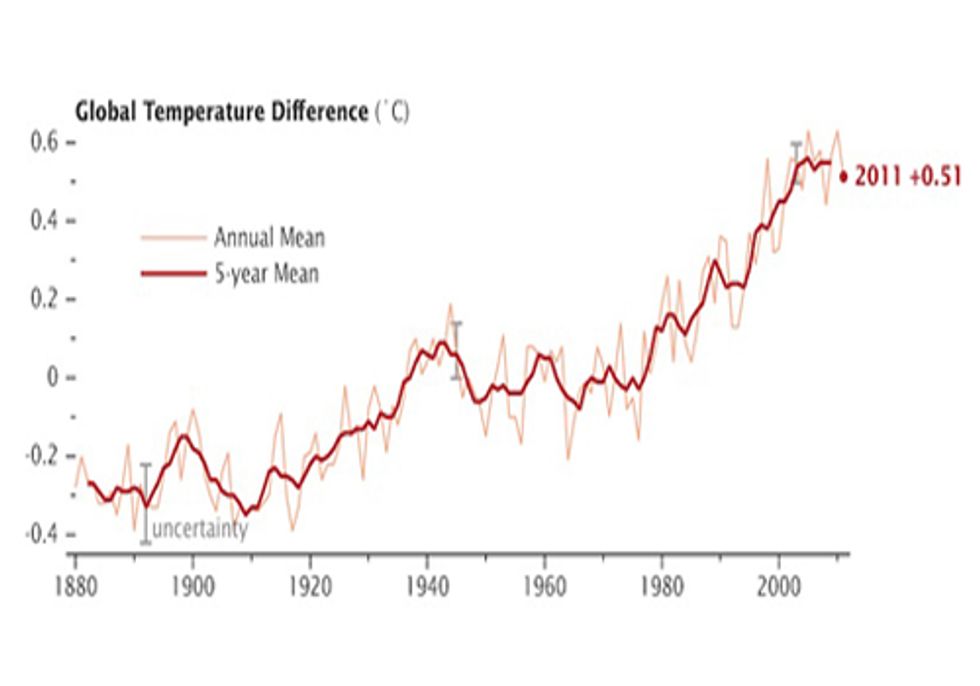 The Wall Street Journal published a letter to the editor on Feb. 1 from a group of 38 climate scientists, harshly criticizing a global warming op-ed that ran in that paper last week for its scientific inaccuracies. The letter, "Check with Climate Scientists for Views on Climate," states that the op-ed misstated the evidence on global warming and falsely represented certain authors as climate scientists despite their lack of expertise in the field.

Nine of the 10 warmest years since 1880 have occurred since the year 2000, as the Earth has experienced sustained higher temperatures than in any decade during the 20th century. Credit: NASA Earth Observatory, Robert Simmon.

"You published "No Need to Panic About Global Warming" (op-ed, Jan. 27) on climate change by the climate-science equivalent of dentists practicing cardiology. While accomplished in their own fields, most of these authors have no expertise in climate science. The few authors who have such expertise are known to have extreme views that are out of step with nearly every other climate expert."

The letter pushes back against the assertion that global warming has stopped in recent years, which is a claim that has frequently been made in the editorial pages of the Wall Street Journal and elsewhere.

"Climate experts know that the long-term warming trend has not abated in the past decade. In fact, it was the warmest decade on record," the letter states. The lead author of the letter, Kevin Trenberth, is a senior scientist at the National Center for Atmospheric Research.

Many other climate scientists, economists and writers have also weighed in on last week's op-ed. A few notable examples include climate scientist and water expert Peter Gleick, who wrote a piece for Forbes.com, Andy Revkin of the DotEarth blog, and Bill Chameides, a dean at Duke University, writing for the Huffington Post.