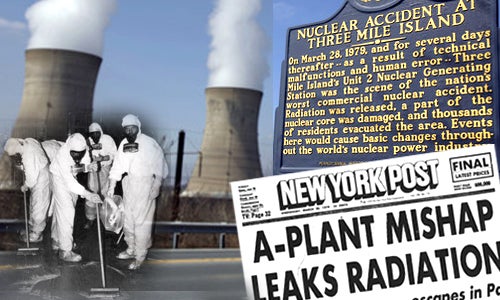 The lies that killed people at Three Mile Island 36 years ago on March 28, 1979 are still being told at Chernobyl, Fukushima, Diablo Canyon, Davis-Besse … and at TMI itself.

As the first major reactor accident that was made known to the public is sadly commemorated, and as the global nuclear industry collapses, let’s count just 36 tip-of-the iceberg ways the nuclear industry’s radioactive legacy continues to fester: 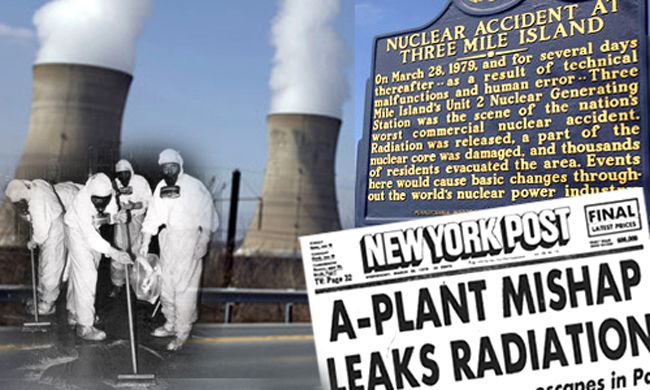 1. When about half of TMI’s fuel melted on March 28, 1979, the owners, industry and regulators all denied it, and continued to deny it until robotic cameras showed otherwise.

2. Early signs that such an accident could happen had already surfaced at the Davis-Besse reactor in Ohio, which was also manufactured by Babcock & Wilcox. TMI’s owners later sued Davis-Besse’s owners for not warning them about what had happened.

3. When TMI’s radiation poured into the atmosphere the industry had (and still has) no idea how much escaped, but denied it was of any significance even though stack monitors failed and dosimeters in the field indicated high releases (plant owners claimed they were “defective”). Only due to the work of the great Dr. Ernest Sternglass, recently departed, was public attention turned to the potential harm this radiation could do.

5. Industry “experts” assured the public radiation doses to downwinders were similar to a single x-ray, but ignored well-established findings from Dr. Alice Stewart and others that a single x-ray to a pregnant woman could double the chances of childhood leukemia among her offspring.

6. Industry “experts” ignored the reality that radioactive fallout can come down in clumps rather than spread evenly, and scoffed at findings from neighborhood surveys done by Jane Lee, Mary Osbourne and others showing major outbreaks of cancer in certain downwind neighborhoods.

7. When humans nearby were born with Down’s Syndrome and other mutations, and then adults began dying, the industry denied it, then denied any connection to TMI, but then did pay at least $15 million in out-of-court settlements to affected families on condition they not speak about it in public.

8. When Chernobyl exploded in 1986, Soviet officials said nothing as massive clouds of radiation poured across Europe and into the jet stream that would carry it to the U.S. within 10 days.

9. The U.S. government did nothing of sufficient scale to monitor Chernobyl’s radiation as it came here, and did nothing to warn the public to avoid milk and other foods that might concentrate that radiation, and has repeated that behavior in the wake of Fukushima.

10. A massive bird die-off at the Pt. Reyes National Seashore came with the arrival of the Chernobyl cloud and was documented by resident ornithologist Dr. Dave DeSante, whose findings were ignored by the government; soon thereafter, DeSante lost his job.