345 Species at Risk in Canada 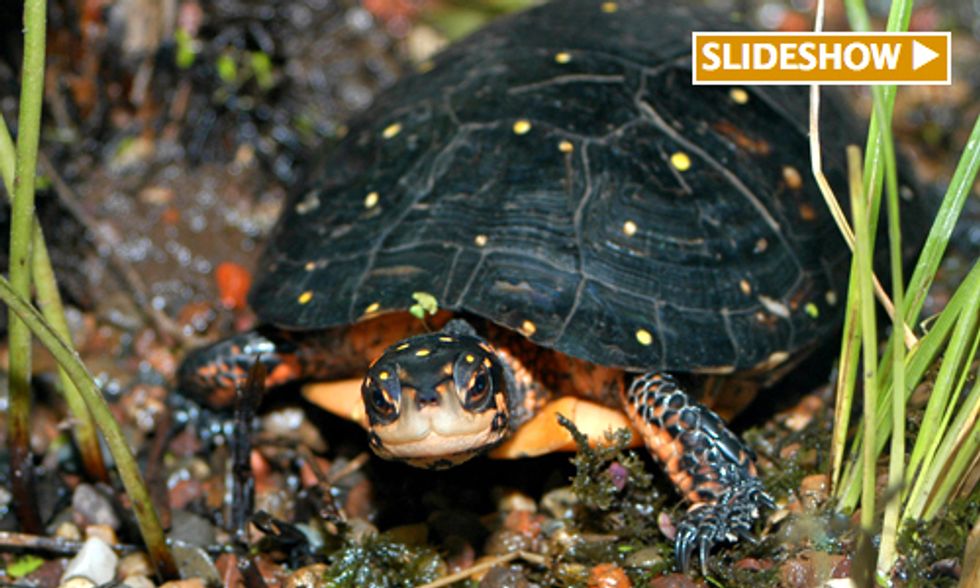 Of 345 species at risk in Canada, more than 160 have waited far too long for recovery strategies. Thanks to a recent federal court decision, four luckier ones are finally getting overdue plans detailing steps needed to save and protect them, including identifying habitat they need to survive. But to make it happen, environmental groups including the David Suzuki Foundation, with the help of Ecojustice lawyers, had to take the federal government to court. It wasn’t the first time we’ve gone to court to protect wildlife.

In what the judge called “the tip of the iceberg,” the court found an enormous systemic problem in the two ministries responsible for protecting endangered and threatened wildlife. Both the environment and fisheries ministers broke the law for the species in question by allowing multi-year delays in meeting deadlines required under the Species at Risk Act.

This legal win is good news for Pacific humpback whales, marbled murrelets, Nechako white sturgeon and southern mountain caribou. But their fate and that of many other federally recognized endangered and threatened species remains in jeopardy. Court victories are just a start. It will take political will to ensure species and their habitats get the protection they need.

The yellow-breasted chat, northern goshawk and spotted turtle are just some of the endangered species that continue to wait—some for as long as seven years now. The eastern whip-poor-will—known for its distinct nocturnal cries—struggles to survive pollution, pesticides and climate change, while the grey fox and prairie loggerhead shrike confront agricultural and pesticide threats as they contend with recovery strategy delays.

When plans come this late, impacts of large development projects such as the Northern Gateway pipeline aren’t adequately considered before projects are approved. We’ll never know if the Joint Review Panel’s recommendation to support the Enbridge project would have been different had it considered recovery impacts on threatened species such as the humpback whale.

Recovery strategies are not the only slow-moving part of the species-at-risk process. Just getting status assessments for species may take up to five years. Five more years could be required for government to decide whether to accept these scientific assessments and give species protection. Then, legal timelines kick in, followed by recovery strategies—many delayed—and still more years for action plans, which have no timelines, to take effect. For killer whales, whose overdue action plan was just released, the process has taken about 13 years and a court challenge from the David Suzuki Foundation and others, which concluded government was failing to protect the whale’s critical habitat. Many species have been waiting even longer.

The Species at Risk Act was adopted in 2002 to protect Canada’s plants and animals. Although the act itself is sound, implementation leaves much to be desired. Some species that need help, such as the porbeagle shark, are excluded from the list, along with other fish that have high economic value. Despite a 90 percent decline in population, the shark was denied protection because of possible impacts on the fishing industry.

The act only automatically applies to a small fraction of species at risk, since most are not guaranteed protection on provincial lands, and allows the federal government to step in if a province is failing to protect a species. But this has only happened once, for the greater sage grouse. Despite a recent federal emergency order to improve protection for the bird and its prairie habitat, concerns remain around continued delays on recovery actions.

The main threat to more than 85 percent of species at risk is habitat loss and degradation. Recovery plans identify habitat, which can then be protected and restored to help wildlife survive. Strategies are now required for 192 species. Successful court challenges—such as our 2009 Nooksack dace case involving a small minnow on the brink of extinction—helped enforce the act’s requirement that the federal government identify critical habitat. Government can speed the process by following a precautionary approach in the absence of scientific certainty.

Wouldn’t it be nice if we didn’t have to resort to court challenges to protect threatened wildlife? Endangered species caught in long delays are like emergency patients denied life support. If we really care about them, we need to do a better job of supporting them.