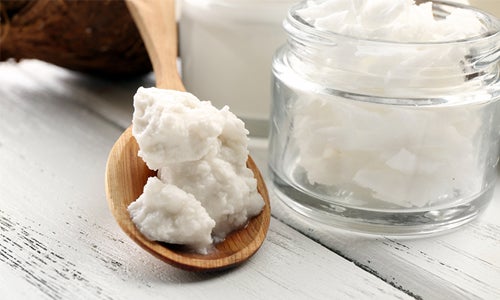 Coconut oil is incredibly popular and for good reason. It offers many health benefits, has a delicate taste and is widely available. It’s also an extremely versatile oil with a number of uses you may not be aware of. 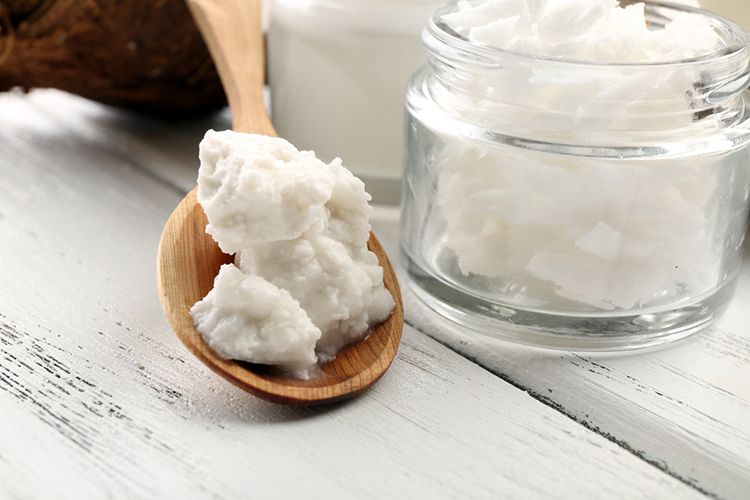 Coconut oil may protect your skin from the sun’s ultraviolet (UV) rays, which can cause wrinkling, brown spots and raise your risk of skin cancer.

In fact, one study found that it blocks about 20 percent of the sun’s UV rays (1).

However, keep in mind that it doesn’t provide the same amount of protection as conventional sunscreen, which blocks about 90 percent of UV rays.

Another study estimated that coconut oil has a sun protection factor (SPF) of 7, which is still lower than the minimum recommended in some countries (2).

Coconut oil contains medium-chain triglycerides (MCTs). These are fatty acids that are quickly absorbed and can increase the amount of calories you burn (3).

Controlled studies have shown that MCTs can significantly boost your metabolic rate, at least temporarily (4, 5).

One study found that, on average, 15–30 grams of MCTs increased calorie expenditure by around 120 calories over a 24-hour period (6).

Coconut oil has a very high saturated fat content. In fact, about 87 percent of its fat is saturated (7).

This feature makes it one of the best fats for high-heat cooking, including frying.

Saturated fats retain their structure when heated to high temperatures, unlike the polyunsaturated fatty acids found in vegetable oils.

Oils such as corn and safflower are converted into toxic compounds when heated. These may have harmful effects on health (8).

There is no reason to fear the saturated fats in coconut oil. New studies show that they have no link to heart disease risk.

Coconut oil can be a powerful weapon against bacteria, including Streptococcus mutans. This is the bacteria in the mouth that causes dental plaque, tooth decay and gum disease.

In one study, swishing with coconut oil for 10 minutes (known as oil pulling) reduced these bacteria as effectively as rinsing with an antiseptic mouthwash (9).

In another study, swishing daily with coconut oil significantly reduced inflammation and plaque in teenagers with gingivitis (inflamed gums) (10).

Research shows that coconut oil improves dermatitis and other skin disorders at least as well as mineral oil and other conventional moisturizers (11, 12, 13).

In a study of children with eczema, 47 percent of those treated with coconut oil had major improvements (13).

The MCTs in coconut oil are broken down by the liver and turned into ketones, which can act as an alternative energy source for the brain (14).

Several studies have found MCTs to have impressive benefits for brain disorders, including epilepsy and Alzheimer’s (15, 16, 17).

Some researchers recommend using coconut oil as a source of MCTs to increase the production of ketones (14).

However, it’s easy to make your own mayo with much healthier ingredients, including coconut oil or olive oil.

Recipe number two on this list uses coconut oil as one of the fats for a healthy homemade mayonnaise.

Coconut oil makes a wonderful moisturizer for your legs, arms and elbows.

You can use it on your face as well, although this isn’t recommended for those with very oily skin.

It can also help repair cracked heels. Simply apply a thin coat to your heels at bedtime, put on socks and continue on a nightly basis until your heels are smooth.

One study found that it helped stop the growth of the intestinal bacteria Clostridium difficile, commonly known as “C. diff,” which causes severe diarrhea (18).

It also appears to fight several other bacteria and yeasts—an effect generally attributed to lauric acid, the main fatty acid in coconut oil (19).

Coconut oil has been shown to raise cholesterol levels in some people.

However, its strongest and most consistent effect is an increase in HDL cholesterol, which is known as the “good” cholesterol (20, 21, 22).

One study of women with abdominal obesity found that HDL increased in a group consuming coconut oil (22).

In contrast, women consuming soybean oil had a decrease in HDL cholesterol (22).

Coconut oil’s anti-inflammatory properties can help relieve the pain or itch caused by insect bites or stings. It may also reduce swelling and decrease risk of infection.

To try this, gently rub a small amount onto the bite and cover with a bandage.

Homemade dark chocolate is a delicious way to get coconut oil’s health benefits.

Just remember to store it in the refrigerator or freezer, since coconut oil melts at 76 F (24 C).

Coconut oil may help reduce belly fat, also known as visceral fat, which is linked to increased health risks such as heart disease and type 2 diabetes (21, 22, 23).

Another study looked at women on calorie-restricted diets. Those who took 2 tablespoons of coconut oil per day had a decrease in waist size, while the soybean oil group actually had a slight increase (22).

14. Protect Your Hair from Damage

One study compared the effects of coconut oil, mineral oil and sunflower oil on hair.

Only coconut oil significantly reduced protein loss from hair when applied before or after shampooing. This result occurred with damaged as well as healthy hair.

The researchers concluded that the unique structure of lauric acid, the main fatty acid in coconut oil, can penetrate the hair shaft in a way that most other fats can’t (24).

Massaging newborns with oil has been shown to promote normal weight gain and growth.

One study suggests that coconut oil may be the best type of oil to use for this purpose.

Premature babies who were massaged with coconut oil for 30 days gained significantly more weight than those massaged with mineral oil for the same time period (25).

The medium-chain triglycerides in coconut oil may help reduce hunger, leading to a spontaneous decrease in calorie intake (3, 26, 27).

In a small study, men who followed a high-MCT diet took in fewer calories and lost more weight than men who ate diets with low or medium MCT content (27).

One study found that rats whose wounds were treated with coconut oil had a reduction in inflammatory markers and increased production of collagen, a major component of skin. As a result, their wounds healed much faster (28).

To speed healing of minor cuts or scrapes, apply a little bit of coconut oil directly to the wound and cover it with a bandage.

Animal research suggests that the the antioxidants in virgin coconut oil may protect bone health by neutralizing free radicals, which can damage bone cells (29, 30).

A 6-week study of rats showed that the group receiving 8 percent of their calories from coconut oil had significantly more bone volume and improved bone structure (30).

Some essential oils may be a natural way to keep bugs away and avoiding bites and stings.

However, rather than applying these oils directly to your skin, they need to be combined with a carrier oil.

In one study, combining Thai essential oils with coconut oil provided more than 98 percent protection from the bites of certain mosquitoes (31).

Candida albicans is the fungus responsible for yeast infections, which commonly occur in warm, moist areas of the body such as the mouth or vagina.

Researchers found coconut oil to be as effective as fluconazole, the antifungal medication typically prescribed for candida infections (33).

Coconut oil can be used to get rid of stains, including spills on carpets and furniture.

Combine one part coconut oil with one part baking soda and mix into a paste. Apply to the stain, wait 5 minutes and wipe away.

Sweat itself has no smell. However, the bacteria living on your skin can produce undesirable odors.

Here is an easy recipe for an effective natural deodorant made with coconut oil and other natural ingredients.

These fats go directly from the gut to the liver, where they can be used as a quick source of energy that won’t raise blood sugar levels (3).

Coconut oil can be used to improve your cuticles, including hangnails.

Simply apply a small amount of coconut oil to your cuticles and massage for a few moments. Do this several times a week for the best results.

Arthritis is characterized by pain and immobility of the joints due to inflammation.

Animal research suggests that antioxidants called polyphenols found in coconut oil may be able to relieve some symptoms of arthritis.

A study of arthritic rats found that treatment with polyphenols from coconut oil reduced swelling and several inflammatory markers (39).

In addition to bringing out the beauty in natural wood, it seems to act as a dust repellent. It also has a pleasant, delicate aroma, unlike many commercial furniture polishes that contain strong fragrances.

Coconut oil is a gentle and effective eye makeup remover. Apply with a cotton pad and wipe gently until all traces of makeup are gone.

Animal research has found that the saturated fats in coconut oil can help protect the liver from damage due to alcohol or toxin exposure (40, 41).

In one study, mice treated with coconut oil after exposure to a toxic compound had a decrease in inflammatory liver markers and increased activity of beneficial liver enzymes (41).

It glides on smoothly, leaves your lips moist for hours and even provides some protection from the sun.

Here’s an easy recipe for making your own lip balm with coconut oil.

Commercial salad dressings are often loaded with sugar and preservatives.

Here’s a great recipe for a coconut oil salad dressing that tastes wonderful and is made with nourishing ingredients.

Coconut oil has several health benefits, but it also has many other clever and practical uses that you may not have considered before. Make sure to always have plenty of coconut oil on hand. You never know when you might need it.

The Science Behind the Health Benefits of Coconut Oil