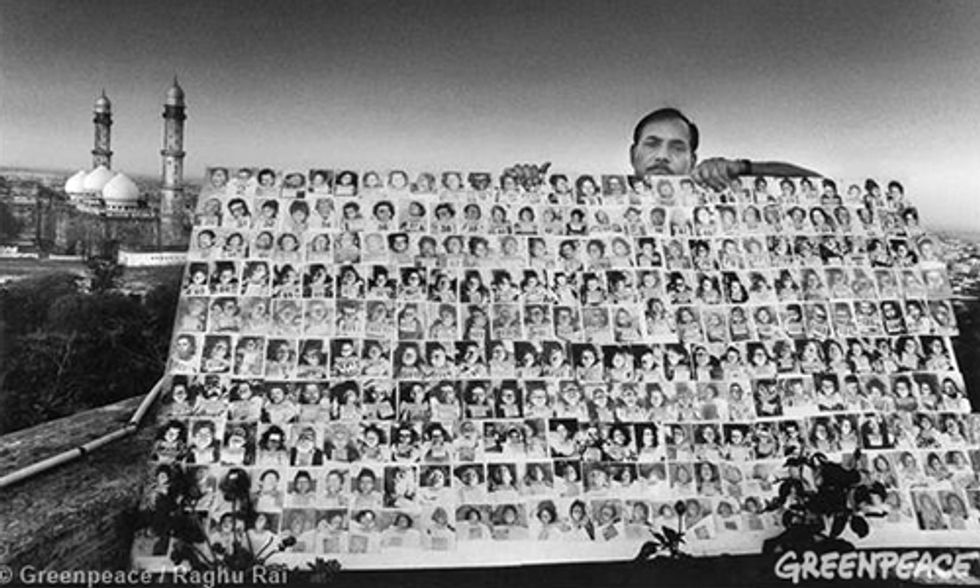 Today marks the 30th anniversary of the world’s worst industrial disaster, the Bhopal gas tragedy, the deadliest in human history. The aftereffects continue to haunt the Bhopalis even after the victims’ 3rd generation has been born. What’s even worse is the post tragedy scenario—the apathy that subsequent governments have shown in dealing with it. It’s a known fact that till today, the impacted people are awaiting justice and there are continuing health and environmental issues. One can say that the Umbrella law (Environment Protection Act 1986) was enacted as a fallout of the disaster in order to protect the environment and people from such events in the future.

In this context, let us look at a review that the current government had commissioned under the ex-cabinet secretary, Mr.TSR Subaramaniam, to review almost all the environmental laws of the country. In my view, the review has a connection to Bhopal gas tragedy. Analyzing one specific recommendation made by the committee actually made me wonder about the rationale of this review. One would assume that India learnt its lesson that day and found the need to check, regulate and monitor what corporations are claiming and doing in order to prevent similar disasters in the future but the committee’s report disproved it.

Here’s an excerpt from the report:

"The concept of "good faith" has been inducted into the management regime for clearance and monitoring of conditions of projects, wherein the project proponent and his team are not only required to tell the whole truth but also not to suppress any material facts, from the initial stage. If at any time after the clearance is given it is discovered that the proponent had concealed some vital information or given wrong information, severe consequences will follow which may include revocation of the clearance, heavy fine, penalties, and possible imprisonment."

Let’s look at this in parts. Expecting a corporation to tell the truth about the project is like my saying I have a money plant in which money actually grows in my backyard. Why on earth would a company that wants to make millions by destroying a forest for its mining project ever proactively say that its project will destroy the habitats of tiger, elephants and a number of both animal and plant species, that thousands will lose their livelihoods, and that it will pump so much pollution into the air and water?

Secondly, on severe consequences for violating the "good faith," let’s apply that to Union Carbide. It’s clear that they did violate the “good faith” because they were operating below the required safety standards. So there should have been some serious punishment to them but not a single person has been punished even after 30 years. Moreover, impacted communities are still fighting for compensation (they were provided a mere $500 as compensation) and proper drinking water and health facilities. Finally, the site of the factory continues to pollute the environment because it has not been cleaned up yet. It is no secret that the corporate and the government stood by each other, and injustice continues to prevail till date. So I am trying hard to understand what made the committee recommend that the people of India trust any corporation or that the government will provide justice and relief if something goes wrong.

This is how the TSR committee explains "good faith":

The law of insurance supposes that the insurer knows everything about himself or about his activity to be insured; and the insurance company cannot be expected to know anything about the insured nor will it be able to verify all that is stated, speed being the essence. Thus, the concept of "utmost good faith."

Now let’s apply the above statement to this; I am going to build a bridge and make a fortune, and you allow me to do it in “good faith” without checking the design because I know best about my design! You can’t check for all the facts because speed is of the essence and asking to verify my design will waste time. This is what TSR committee is recommending the government to do; not prevention but punishment if found guilty later.

The problem with accepting these recommendations is that it neglects the scale of the possible impact on lives and environment by not verifying facts. In most cases it could be massive and irreversible, which could last for generations. The Bhopal gas tragedy is the best example of it but unfortunately the TSR committee seems to have conveniently forgotten it.

Nandikesh Sivalingam is a senior campaigner with Greenpeace India.