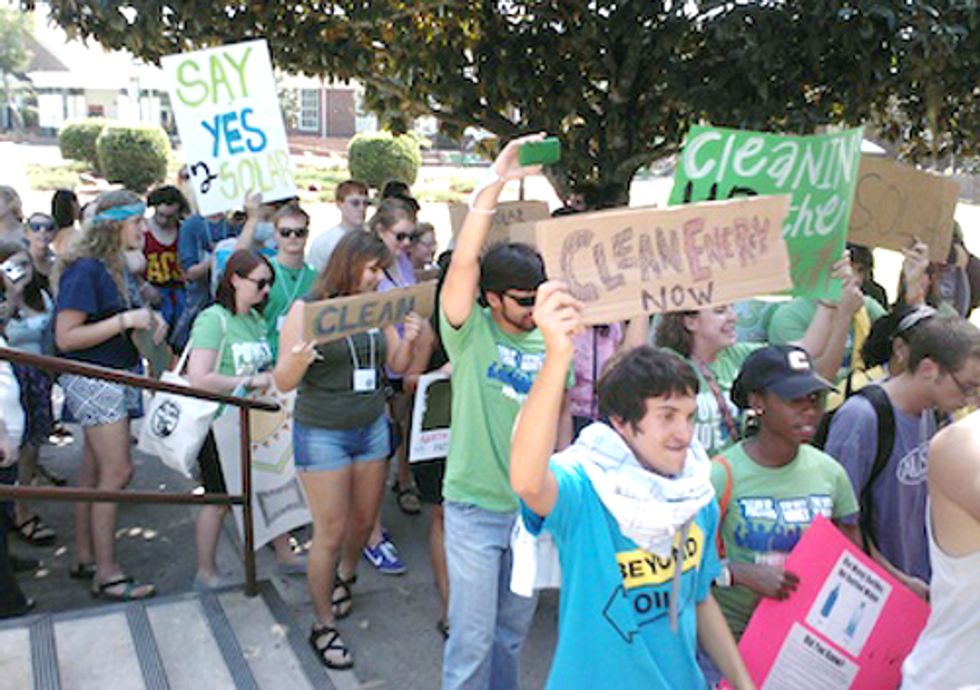 We Are Power Shift

More than 300 young people converged at Florida A&M University (FAMU) for the Southeast Student Renewable Energy Conference (SSREC) last weekend, coming together to learn the skills they need to fight big polluters and take action on climate change in their campuses and communities. Young clean energy activists from all over the southeast converged to learn from each other through a series of workshops, speakers and trainings, and to share with their communities all over the region.

But it didn’t stop there.

We knew this year was a special year right away. Not only was SSREC being hosted in Tallahassee, Florida—the Capitol of a very important swing state—but this year’s SSREC had a renewed energy and spirit that you could feel in the air. With the help of the incredible FAMU Green Coalition, climate activists at SSREC organized an amazing march and rally to call on the candidates to break the silence on climate change and promote true clean energy solutions.

The march started with a rally on the FAMU campus, where we called on each other to take what we’ve learned and go back to our communities to take action for climate justice. Once we were riled up, we marched the streets downtown to the Florida Supreme Court, where an important hearing on the future of nuclear in Florida would be decided. Floridians and activists from the Southeast rallied at the Court to say that nuclear is not the solution to the climate crisis, and what we need is solar in the Sunshine State.

When we, the youth voters, arrived at the State Capitol, we put masks over our mouths to represent the “climate silence” and then ripped them off to declare that the youth vote will “Break The Climate Silence” and demand President Obama and Mitt Romney break the silence too by laying out climate plans that move us beyond fossil fuels, to clean energy.

And it gets even more epic than that. Not only did we break the silence on climate change, but while we were on the steps of the State Capitol, we asked an important question, and want the moderator of the second presidential debates to ask it too. “Young people in Florida, and across the country, are working to move beyond dirty energy like coal, fracking and nuclear—what will your administration do to move beyond fossil fuels and address our generation's greatest challenge, the climate crisis?"

So here’s where you come in: VOTE for our question before Tuesday—let’s take this debate into our own hands. We did it at SSREC, but now we’ve got to come together as a movement. Let’s do this!