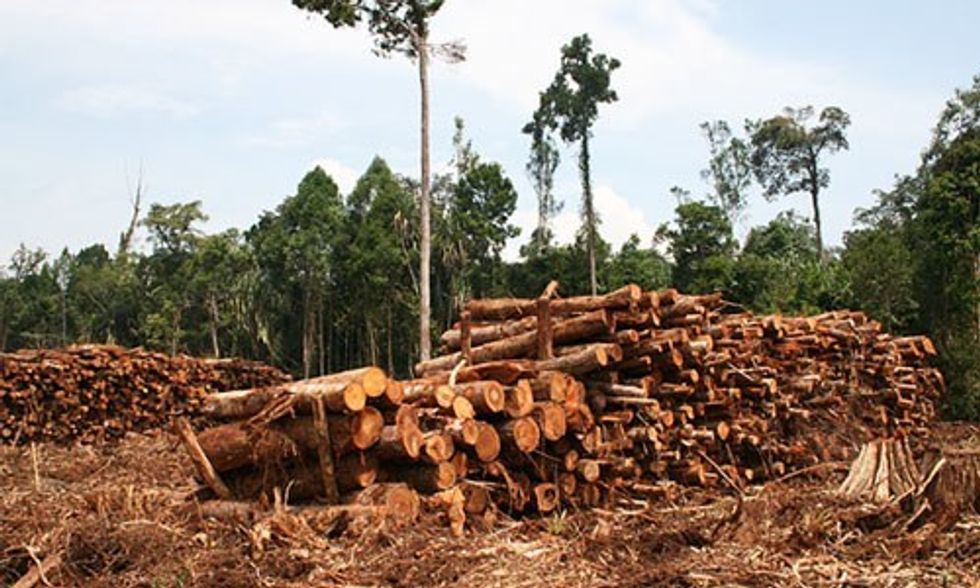 There was a lot of talk about deforestation at the latest round of international climate talks in December 2015 and it's no mystery why: Tropical deforestation and forest degradation account for as much as 19 percent of global greenhouse gas emissions today.

The good news? Powerful market-based strategies for tackling such emissions are emerging with several Brazilian states leading the way. They show that, if scaled up, we can, in fact, halt emissions from deforestation in the Amazon—the largest remaining tropical forest in the world—within a matter of years.

Here's how we get there:

The Brazilian state of Acre, home of world-renowned rubber tapper and environmental leader Chico Mendes, is developing a market-based system to reward landowners and forest communities financially for conserving forest.

This and other policies resulted in a 70-percent reduction in deforestation between 2005 and 2014, keeping 177 million tons of carbon dioxide out of the atmosphere. At the same time, Acre significantly improved incomes and social indicators.

The state recently did the first-ever international REDD+ credit transaction with the German development bank and 70 percent of the proceeds were invested in projects in indigenous and forest communities.

Pedro Taques, governor of Mato Grosso, has proposed an ambitious and collaborative zero-deforestation rural development plan for a vast area of native forest and savanna. It would protect 60 percent of the state's territory, an area almost the size of France, while ramping up agriculture in already cleared or degraded land. The plan also promises to improve incomes for 100,000 poor family farmer families.

All three states consider carbon markets to be critical to their success, along with zero-deforestation zones needed to build the sustainable supply chains consumer-goods companies now demand to meet their own climate and conservation commitments.

For all of this, the timing is right: California, with the world's most comprehensive carbon market and ambitious emissions reductions targets is moving ahead on a regulatory process to allow states that reduce deforestation to sell emissions reductions into its markets.

This step would send an enormously powerful signal to the Amazon that forest protection can indeed be good business—for farmers, ranchers and forest communities.

3. Corporate Supply Chains Are Coming Onboard

Major consumer goods companies are playing a growing role in the effort to halt deforestation and forest degradation. Some examples:

There are also some new and remaining challenges ahead.

After a decade of progress, deforestation in Brazil hit a historic low in 2012—but has since risen about 22 percent above that level. With the country in political turmoil and economic crisis, proposed federal incentives for forest protection have not materialized and some members of Brazil's Congress are now proposing to roll back forest protection.

Meanwhile, the demand for REDD+ carbon credits needed to end large-scale deforestation is not there just yet, which could lead to delays.

But as global pressure builds to address climate change, there is also a new resolve to address and, importantly, fund efforts to halt deforestation. When working in tandem with the market-driven changes under way today, they can keep us on the path to zero deforestation.