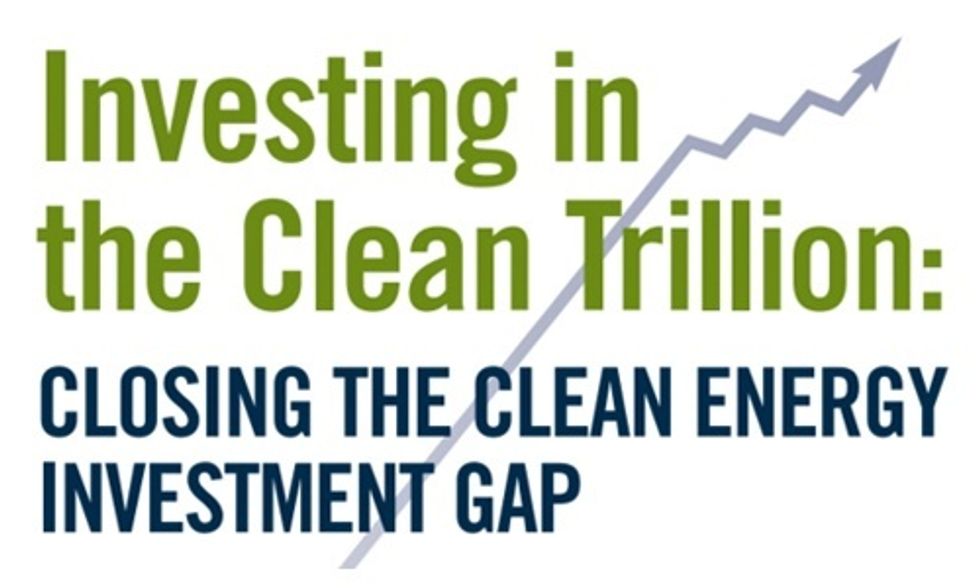 The Paris climate agreement adopted by 195 nations last month provides fresh momentum for achieving the Clean Trillion campaign goal of mobilizing an additional $1 trillion investment per year in clean energy in order to stabilize the climate.

On Dec. 12, 2015, the world’s governments agreed to a universal, legally-binding agreement that sets out ambitious goals to tackle climate change, including:

While there are many challenges ahead to achieving these objectives, the Paris agreement provides a critical shot in the arm for clean energy investment globally. As UN Secretary-General Ban Ki-moon noted at the end of the climate talks, “Markets now have the clear signal they need to unleash the full force of human ingenuity and scale up investments that will generate low emissions and resilient growth.”

First, 187 nations, representing 98 percent of the world’s greenhouse gas emissions, have now submitted national climate commitments. Actualizing these commitments and limiting warming to below 2 degrees Celsius will create a multi-trillion dollar clean energy investment opportunity; the International Energy Agency has estimated the figure at $16.5 trillion. Over the next several years, governments will take steps to translate their national climate commitments into specific policies that will catalyze the necessary investments. For example, the U.S. Environment Protection Agency’s (EPA) Clean Power Plan, vehicle efficiency standards, and tax credits for wind and solar that were extended last month are all key measures that will help accelerate the shift to clean energy.

It’s important to keep in mind that the national commitments submitted in Paris create a floor, not a ceiling: the agreement includes a one-way ratchet, with nations required to update and elevate their climate commitments every five years.

Second, the Paris agreement calls for “finance flows consistent with a pathway towards low greenhouse gas emissions and climate resilient development.” Specifically, governments have agreed to mobilize at least $100 billion in public and private finance for clean energy and climate resilience projects from 2020 to 2025 and agreed to go beyond this level after 2025. (See this helpful World Resources Institute summary for more details). Deployment of these funds help leverage more opportunities for private clean energy and climate financing.

Third, the Paris climate talks recognize that national government actions need to be buttressed by bold private sector action. In advance and during the climate talks, hundreds of global investors, businesses and capital market actors made new announcements on climate change and clean energy. Three examples:

Bill Gates and other business icons announced the Breakthrough Energy Coalition to accelerate and expand R&D investment aimed at scaling up clean energy.

Reaction to the Paris agreement has also been strongly positive. “The ambitious agreement contains many of the market signals that investors have been calling for and what investors need to accelerate the transition to a thriving, clean energy economy," Anne Stausboll, CEO of CalPERS, the nation’s largest public pension fund, said.