3 Ways Improving Your Diet Can Protect the Planet 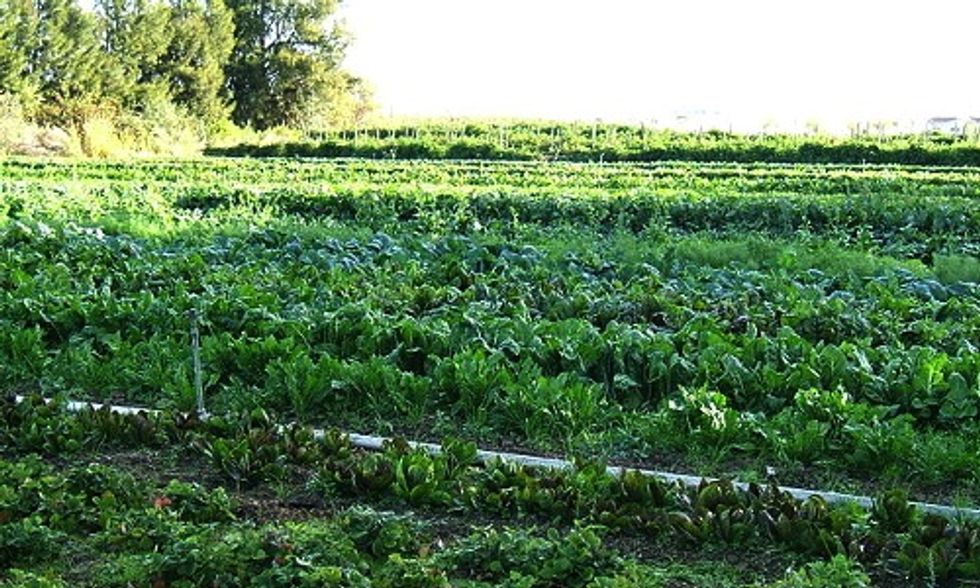 The food choices you make daily affect your health, but they also have a major impact on the planet.

Increasing consumption of locally grown organic fruits and vegetables helps protect the environment from the damaging impacts of factory farms and industrial agriculture.

1. Reduction in fossil fuel consumption. Raising animals industrially requires vast amounts of natural resources that are rapidly depleting. Today, instead of grazing on grass, many cows in the U.S. are raised on feedlots and consume a steady diet of corn. As much as 25 tons of corn are dumped every hour on large lots and each bushel requires 4.5 liters of oil to produce the fertilizer used to grow it. A 544-kilogram factory-raised cow will have consumed 1,075 liters of oil in her lifetime, according to an estimate by retired professor Steve Boyan of the University of Maryland Baltimore County.

A diet rich in plant-based foods helps curb fossil fuel use. Substituting beans for beef uses less than 4 percent the amount of fossil fuel to produce the same amount of energy, Boyan wrote for EarthSave.org. And eating meat only occasionally can lower the risk of heart disease and other chronic illnesses.

2. Water conservation. According to U.N. Water, 70 percent of global water withdrawals are used for agriculture. As underground aquifers are depleting faster than they can be replenished, water conservation is imperative. Furthermore, groundwater is increasingly becoming polluted as untreated animal waste and agricultural chemicals seep into waterways. Sixty-five percent of California’s population is threatened by pollution to their drinking water from dairy cow manure, according to Boyan.

For every pound of beef one forgoes, between 9,500 to 19,000 liters of water are saved. According to the Barilla Center for Food & Nutrition, switching from a meat-based diet to a sustainable Mediterranean model, rich in produce and legumes, could reduce a consumer's water consumption by up to half.

3. Soil protection. Healthy soil is the foundation of successful agriculture. Yet, according to the Soil Association, evidence suggests that using artificial fertilizers suppresses the rich diversity of life needed to keep soil vibrant. Organic farming, on the other hand, encourages building healthy soil through practices like crop rotation, intercropping, cover cropping and minimized tillage. These practices improve soil health and retention, as well as create a more stable farm system, says the U.N. Food and Agriculture Organization. Organic farming encourages a diverse ecosystem that keep pests under control naturally. These farms in turn become wildlife havens for beneficial insects and birds.