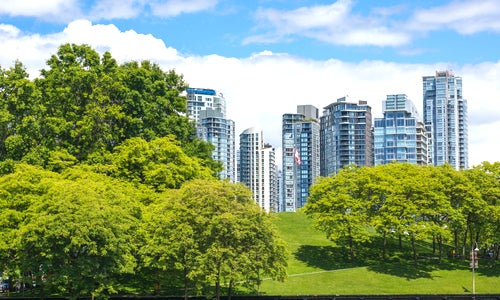 In recent months, popular protests have broken out in cities around the globe. The causes were different: soaring pollution in Beijing; violent, gender-based crime in New Delhi; and access to public services in São Paulo. But, for each, inequality was a significant underlying factor.

Many cities face increasing pressure. The urban population has increased five-fold since 1950. Vehicle ownership is on course to double by 2050, while traffic accidents lead to 1.3 million deaths each year. Cities emit approximately 70 percent of global greenhouse gas emissions. All of this is even more staggering when you consider that 1.5 billion people will move into cities in the next two decades, bringing the total to 5 billion worldwide. 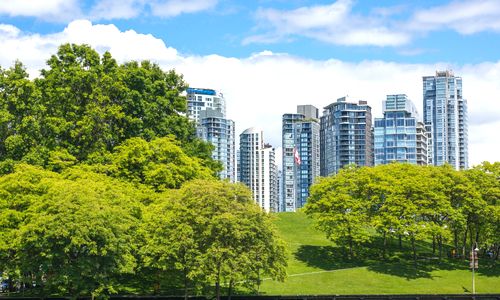 As leaders consider what comes once the Millennium Development Goals expire in 2015, it is clear that cities should be a key element of the agenda.

The reality is that well-designed cities can generate jobs, innovation and economic growth for all. But when designed poorly—with too much sprawl, waste and inefficiency—they can divide cities and exacerbate pollution, inequality and political instability. Moreover, poor design has long-term consequences given that urban infrastructure often lasts decades.

Against this backdrop, some 25,000 people have gathered in Medellin, Colombia, for the UN Habitat’s World Urban Forum this week. The key question they face is: How can cities drive growth that is inclusive and sustainable at the same time?

The answer is complex, but three common elements stand out.

In order to create well-designed, compact cities, spatial planning needs to be explicitly integrated into municipal and national policies.

Compact cities often carry many advantages. New York City is notable for its highly dense layout that contributes to its using 40 percent less electricity and 25 percent less water, while containing 20 percent more green space compared with other large U.S. cities. In 2007, Mayor Michael Bloomberg unveiled PlaNYC, a cross-agency effort to drive innovation and growth, cut greenhouse gas emissions and improve life for the city’s residents. Under the plan, New York’s GDP has increased by 13 percent while emissions have fallen by 16 percent in just six years.

Nearly 300 miles east of the World Urban Forum, Bogota’s Master Plan promotes compact, mixed-use and accessible development. The city is already one of the densest in the world and planners have proposed to prevent future sprawl by improving the occupation of central areas, enhancing accessibility for pedestrians and bicyclists, expanding mass transit and protecting fragile watersheds and green areas.

Cities need their own revenue sources in order to avoid selling land that can lead to more sprawl and inefficiency.

Well-designed property taxes and development fees can increase investment for smart infrastructure. Finance can be leveraged through real estate developer fees, value capture taxes, green bonds and carbon finance. In Hong Kong, for instance, the “Rail Plus Property” model enables the state to capture the increase in property revenues along new transportation routes, rather than have them accrue to private property holders.

Shanghai raised $900 million by implementing a quota system that auctions a license to drive on city streets to the highest bidders—an approach which has been adopted by six other large Chinese cities.

With urbanization on the rise, investment is expected to soar. One potential source of city financing is a 2012 pledge of $175 billion for transport infrastructure by the eight largest multilateral development banks; however, to date, less than 5 percent has been allocated to urban public transport systems. With additional funds, cities can control their growth and resources can be channeled to ensure greater efficiency.

Finally, citizens, especially vulnerable communities, need the right information and an ability to influence decisions by their city leaders.

Traditionally, many European cities have been at the forefront of citizen participation. For example, in Stockholm, citizens voted to support the nation’s first congestion pricing charges. In Geneva, residents cast ballots to determine how the city should allocate urban space among private vehicles, public transportation, cyclists and pedestrians.

Meanwhile in Porto Alegre, Brazil, a new open data portal is helping city officials make decisions on mobility, environment, sanitation and public health. And in Mexico City, citizens are taking matters into their own hands by expanding cycling infrastructure and bike lanes. These examples illustrate how citizen engagement can promote more livable and sustainable cities.

An Opportunity to Put Cities on the International Development Agenda

These issues—and more—are being discussed in Medellin. Among the major topics is how the future international development agenda will speak to the poverty, inequality and sustainability challenges facing cities. As leaders consider what comes once the Millennium Development Goals expire in 2015, it is clear that cities should be a key element of the agenda.

Near-term decisions by local governments, developers and planners will determine the resource management and quality of life for billions of people in the coming decades. The World Urban Forum can spur new ideas and drive a deeper commitment to sustainable, equitable urban growth around the world.