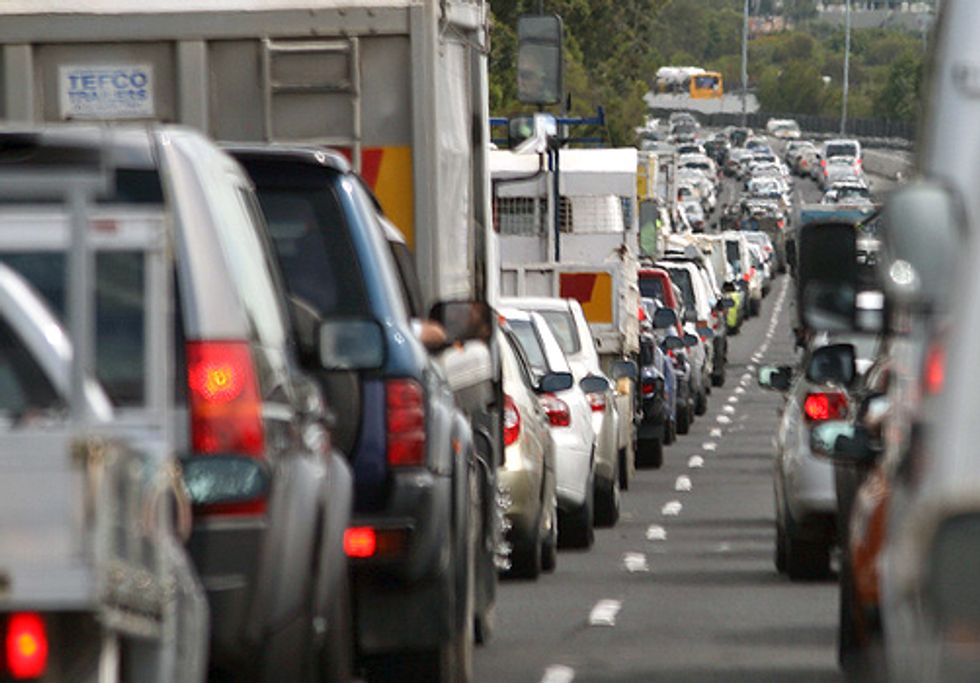 Superstorm Sandy has made it clear that no matter how hard some politicians try to ignore climate change, climate change will not ignore them—or any of us. More carbon means higher seas, the kind that inundate subways. The U.S can also thank carbon emissions for contributing to the hottest summers on record, massive wildfires and crippling droughts. The good news is, we can take some pretty serious steps to cut carbon pretty easily—and make lives better at the same time.

Think about the transportation sector, which accounts for 27 percent of total U.S. greenhouse gas emissions, mostly from cars and trucks. Tailpipe pollution is also a major source of asthma and other illnesses—the transport sector contributes 80 percent of the harmful air pollutants that cause 1.3 million premature deaths each year. Road fatalities claim 33,000 lives per year on average, making traffic accidents the number one killer of people under 34 in the U.S. And traffic congestion is known to elevate stress levels and reduce quality of life for millions.

We can drive more fuel-efficient cars, of course, and President Obama deserves praise for raising mileage standards (though if he approves the Keystone XL tar sands pipeline he will wipe out all those gains). But much bigger cuts in emissions will come if we scale up public transport systems. A recent poll conducted by the Natural Resources Defense Council suggests that this would be popular with the public, 59 percent of who believe that the U.S. transportation system is "outdated, unreliable and inefficient." Americans also want to be less dependent on cars. Today, 55 percent prefer to drive less, but 74 percent say they have no choice, and 58 percent would like to use public transportation more often, but it is not convenient or available from their home or work.

Step 1: Stop the budget cuts that are decimating public transit systems across the United States. Since 2009, approximately 85 percent of public transit systems have raised fares or cut service, and thousands of workers in the industry have been laid off. These cuts are hurting ordinary people who rely on public transit to get to work, school, medical appointments and to take care of family members. This is happening at a time when more riders are using mass transit as an alternative to driving.

Step 2: Redirect federal investments in ways that massively expand and improve the U.S. transit system. We need to bring quality public transport systems to the 57 percent of the public who today have limited or no access to mass transit and therefore rely on cars and taxis to get around. This will require shifting public money towards building new bus, subway and rail systems. If mass transit investments rose steadily, it would provide efficient, quality transport services, and reduce emissions and harmful pollution at the same time. Investing in transit is also a good way to create jobs in the U.S.—for every billion dollars spent on transit investments 36,000 Americans secure a good job.

Step 3: Make mass transit free, or reduce its cost dramatically, by taking the money we waste now on fossil fuel subsidies and redirecting it towards our transit systems. Senator Bernie Sanders has identified more than $113 billion in fossil fuel subsidies that can be eliminated over the next decade; that could fill fareboxes, which in turn would fill our buses and trains.

Sandy was the largest hurricane ever measured—its tropical force winds stretched out 1,040 miles from the eye. The barometric pressure had never dropped this low north of Cape Hatteras. It was unprecedented in every way—but almost certainly a harbinger of what the future will bring if we keep raising the temperature. When Sandy flooded New York's subways, it brought the city to a halt. Re-opening the system was a challenge—but the real challenge is bringing mass transit to a nation that very much wants it.

Bill McKibben, author, is co-founder of 350.org, an organization committed to building a global grassroots movement to solve the climate crisis.