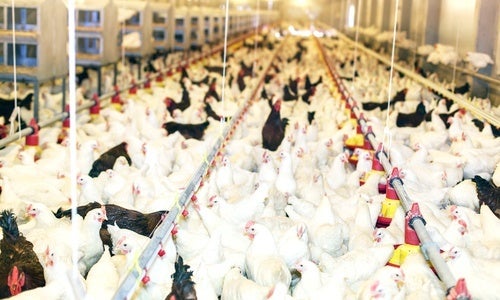 Tyson Foods, the largest U.S. poultry producer, has announced plans to eliminate the use of human antibiotics in its chickens by September 2017—one of the most aggressive timelines set so far by an American poultry company, according to The Guardian. 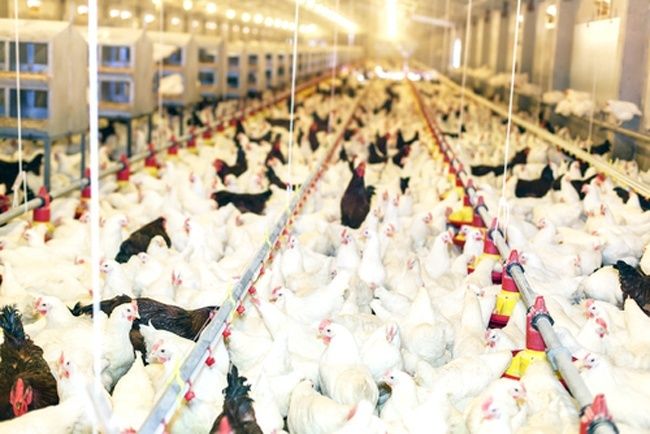 For decades, farmers have given livestock low doses of antibiotics in their feed to speed growth and prevent infection because they live in such confined and crowded spaces.

The company has been working on decreasing antibiotic use for years now, but was forced to get even more aggressive when one of its biggest customers, McDonald’s, announced last month that it plans to stop buying chicken raised with antibiotics that are also used in humans. Higher levels of antibiotic use in animal agriculture has been linked to the rise in “superbugs,” antibiotic-resistant bacteria that pose a serious threat to human health.

“Antibiotic resistant infections are a global health concern,” said Donnie Smith, president and CEO of Tyson Foods, in a press statement. “We’re confident our meat and poultry products are safe, but want to do our part to responsibly reduce human antibiotics on the farm.” Tyson also said that they plan to phase out these antibiotics in pigs, turkeys and cattle, as well.

Decreasing the amount of antibiotics used in animal agriculture will ultimately improve the health and well being of animals raised for food, as well as the health and well being of humans. But it’s also a boon for small producers, says Christian Science Monitor. Since Tyson and other major producers including Perdue and Pilgrim’s have cut their usages drastically, it will now be financially easier for smaller producers and restaurants to make the shift.

“Economically, other companies will say: ‘We can follow this model,’” Gail Hansen, a public health veterinarian and senior officer of antibiotic resistance with Pew Charitable Trusts, told Christian Science Monitor on the heels of McDonald’s announcement last month.

Reducing the use of antibiotics in chicken is just the beginning. The Natural Resource Defense Council recently gathered a panel of experts to discuss the dangers of antibiotic overuse. The experts examined the growing issue of antibiotic resistance, how animal farming practices are making things worse and what we can do to solve the problem.

Listen to this Marketplace segment to see why it will be harder to phase out antibiotics in pigs and cattle:

4 Steps to a Greener Home