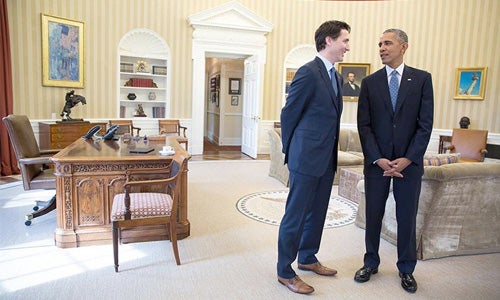 Yesterday during the first official visit by a Canadian Prime Minister to the U.S. in 19 years, the two countries made a historic and precedent-setting announcement to curb methane emissions. In addition to pledging cooperation on implementing their emissions reduction commitments under the Paris agreement, advancing clean energy and preserving the Arctic, the two North American countries both committed to cutting methane emissions from their oil and gas sectors by 40-45 percent below 2012 levels by 2025 and to explore additional avenues for reducing methane emissions. 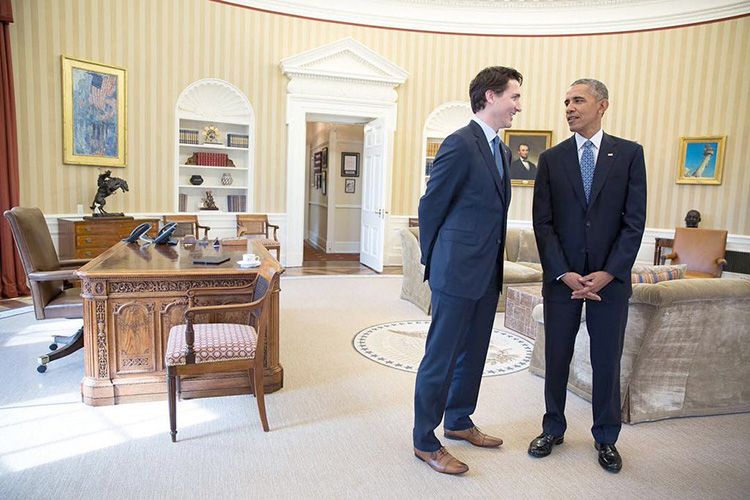 While at first glance this announcement may seem to have a particularly niche focus, it is critically important to helping solve the climate crisis in three key ways:

Last December, a year of bilateral announcements and national emissions reduction commitments culminated in the Paris agreement, where the entire global community made a historic agreement to limit greenhouse gas emissions. It was an exhilarating moment—but now countries around the world must turn their attention to the hard work of implementing their plans and increasing the ambition of their commitments over time.

This agreement between the U.S. and Canada is exactly the kind of inspiring, additive action we need to continue the momentum from Paris. The more joint announcements, the more ambition can be increased, the more countries expand their actions to include global warming emissions beyond carbon dioxide, the greater our chances become of winning the climate fight.

Although carbon dioxide is the global warming pollutant with which most people are familiar, methane is nevertheless a highly potent greenhouse gas that, according to Environmental Defense Fund is responsible for about a quarter of today’s global warming. The U.S. and Canada are among the top five largest emitters of oil and gas-sector methane in the world. And in the U.S. alone, oil and gas operations leak enough methane to power millions of homes.

The U.S. EPA was already in the process of developing new rules to limit methane emissions from new oil and gas operations. The U.S. and Canada’s announcement sets into motion a process for the EPA to not only look at new facilities, but to take action on existing sources of methane as well.

3. Canada’s National Government is Echoing the Will of Its People and Provinces

There is a reason we held a Climate Reality Leadership Corps training in Toronto last year: Canada is a crucial player in the climate fight. In recent years, the country seemed to be on the wrong track at the national level, backing away from any leadership role on climate change. But courageous regional leaders like Ontario Premier Kathleen Wynne and local activists like our Canadian Climate Reality Leaders continued calling for stronger climate action as Alberta, traditionally a fossil fuel stronghold, elected a government that unveiled a plan for both an economy-wide carbon tax and a cap on pollution from oil sands last November. Today, under Prime Minister Justin Trudeau, the national government has chartered a new course on climate action that better reflects the will of its people and regional leaders.