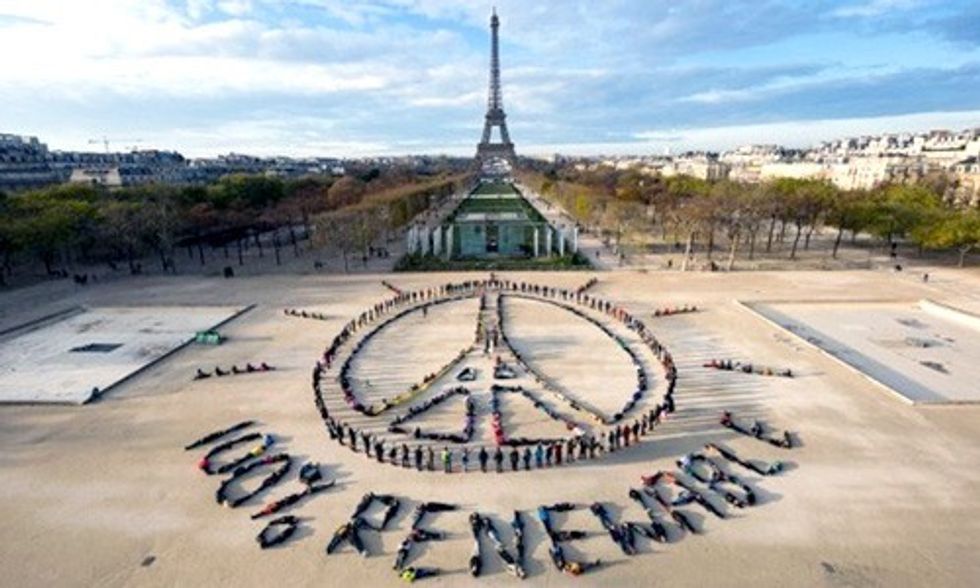 As the Paris climate summit reaches its closing days, it couldn’t be more different than Copenhagen six years ago. For the first time in a major climate negotiation, the draft outcome was approved on schedule, Saturday evening.

Nations which were seen as potential stumbling blocks, like India, have declared that their fundamental needs have been met in the draft. Canada, which a few months ago was in the denial camp, shocked the conference on Monday by endorsing the goal of keeping temperature rise below 1.5 degrees, not the currently embraced 2 degrees. Saudi Arabia and other oil exporters are still seeking ways to lower ambition and throw up road-blocks, but the mood in Paris is clear that a deal is in reach.

The agreement won’t commit the world to enough emission reductions to keep warming below the 2 degree thresh-hold, but they will get us, roughly, half-way there and leave enough time in the next five years to close the gap.

There are three fundamental reasons for this dramatic shift.

First, the French, as President of this conference, took seriously the lessons of Copenhagen. They had a plan and they made it resilient. They consulted, they cajoled, they seduced. They made sure the lighting in the negotiating rooms was soothing, that the food was appetizing, that the lines were short.

Second, this is the boldest exercise in bottom-up diplomacy in history. Christiana Figueres, the head of the COP and French knew they needed pressure on national negotiators not only from climate advocates, but from cities, states and businesses and they made sure those constituencies were present, motivated and vocal.

Michael Bloomberg and Paris Mayor Anne Hidalgo hosted at Paris City Hall the biggest global gathering of mayors in history, with 640 cities present from 115 countries. At the end of a day of convening, these cities by acclamation adopted the Paris City Hall Declaration, pledging their support for 80 percent emission reductions and 100 percent reliance on renewable energy. And more than 400 of them joined the Compact of Mayors committing them to ongoing, accountable and transparent action.

The head of the Bank of England, Mark Carney, chair of the G20’s Financial Stability Board, followed up on his speech a month ago declaring climate change a serious threat to the world economy by appointing Bloomberg to head a new task force to develop uniform accounting standards for businesses to disclose to investors their exposure to climate risk, bringing the discipline of market disclosure to the climate protection table.

A group of global CEO’s called for a phase out of all net fossil fuel emissions by 2050, at a luncheon to which they invited the former head of Greenpeace, Kumi Naidoo. But voluntary business pledges won’t be enough, so four European nations, eight U.S. states and the Province of Quebec announced that by 2050, all vehicles sold in their jurisdictions would have to be zero emissions, signaling the end of the internal combustion era.

So the national negotiators are being crowded towards agreement from multiple directions.

Third and most fundamentally, the core economics of a low-carbon revolution have utterly changed since Copenhagen. In many countries, wind turbines now generate the cheapest possible electrons. Battery costs have plummeted. And solar energy costs only one-fifth of the price required when the world met in Copenhagen the ZEV Alliance wasn’t the first to announce a 2050 phase out of internal combustion vehicles—the world’s largest auto maker, Toyota, had chosen that date over a month ago because the economics of electrification are now compelling.

What has driven this cost reduction is scale. The more wind turbines and solar panels and electric cars the world produces, the cheaper the next round of such energy sources becomes. When Chinese bus-maker BYD sells 4,000 electric busses each year, you can be sure that next year’s model will cost far, far less. Scientists estimate that if countries deliver on the new renewable capacity they have pledged at Paris, solar capacity grows five fold and prices fall 50 percent as a result. Installed wind goes up three fold and the price drops 25 percent.

The graphic below from MIT shows how this works on a global scale:

But while Paris is going to go far, far beyond the progress made at any previous COP, time is running out. Global temperatures and climate impacts are rising even as solar panel costs are falling. The world is moving much faster, but it needs to continue accelerating the pace of de-carbonization. Even if a Paris agreement is reached, how it is reached will have a huge impact on the odds of getting climate disruption under control.

The emission reductions which have been pledged by 160 nations don’t kick in until 2020—and by that time the world needs to be ready to close the gap between this year’s pledges and the emissions budget which will keep temperatures from soaring out of control.

That’s why I think the mood that emerges from the Paris climate summit may be more important than the actual language of the agreement. Our future energy mix will be driven by whether inevitable massive investments in low carbon energy innovations occur now,or later. The national commitments submitted to this summit do not kick in until 2020. But achieving or exceeding them requires investment—lots of it, at scale, between now and 2020. And how fast nations around the world begin scaling up their clean energy portfolios will be greatly influenced by whether investors and governments believe that everyone else is going to be doing it, that the train is leaving the station. Momentum is all. And momentum is a state of mind, not the fine print on a communiqué.

Whatever the final language, if Paris ends in a feel good moment of global solidarity, dollars and Renminbi, Euros and Yen and Rupees will begin to flow into solar panels and mass transit systems and building retrofits and freight rail. As they flow, the cost of these low-carbon energy disruptors will plummet and cheaper prices will attract even more investment. If we go on a low- carbon investment binge from 2015 to 2020, it will be inescapably attractive to close the remaining emissions gaps by new national policies and commitments when the next round of ratcheting takes place in 2020. There will be too much money to be made by getting off fossil fuels.

But if Paris feels sour, even if good language is signed but the parties leave wishing they had done something else, investors and policy makers will hesitate. The needed financial ecosystem to sustain trillions of dollars of private to private, North to South infrastructure investments will continual to languish in a hazy fog as the industrial world clings to the old Breton Woods system in which they controlled and rationed credit guarantees through the World Bank and the IMF. Pakistan, Brazil, the Philippines and Indonesia will dawdle instead of racing to reform their energy sector to sustain and attract clean energy investment. The political barriers which preclude desperately needed international rail corridors in Africa will remain unaddressed. Carbon positive cities will remain a fringe curiosity.

So the fact that the French have done everything in their Gallic repertoire to make this a happy conference may turn out to be one of their biggest contributions.

During this year's Davos Agenda Week, leaders from the private and public sectors highlighted the urgent need to halt and reverse nature loss. Deliberate action on the interlinked climate and ecological crises to achieve a net-zero, nature-positive economy is paramount. At the same time, these leaders also presented a message of hope: that investing in nature holds the key to ensuring economic and social prosperity and resilience.

Common Dreams
Politics
Protesters are seen during a demonstration in front of the White House in Washington, DC on June 1, 2017. Paul J. Richards / AFP / Getty Images

While some mainstream environmental organizations welcomed Tuesday's introduction of the CLEAN Future Act in the House of Representatives, progressive green groups warned that the bill falls far short of what's needed to meaningfully tackle the climate crisis—an existential threat they say calls for bolder action like the Green New Deal.