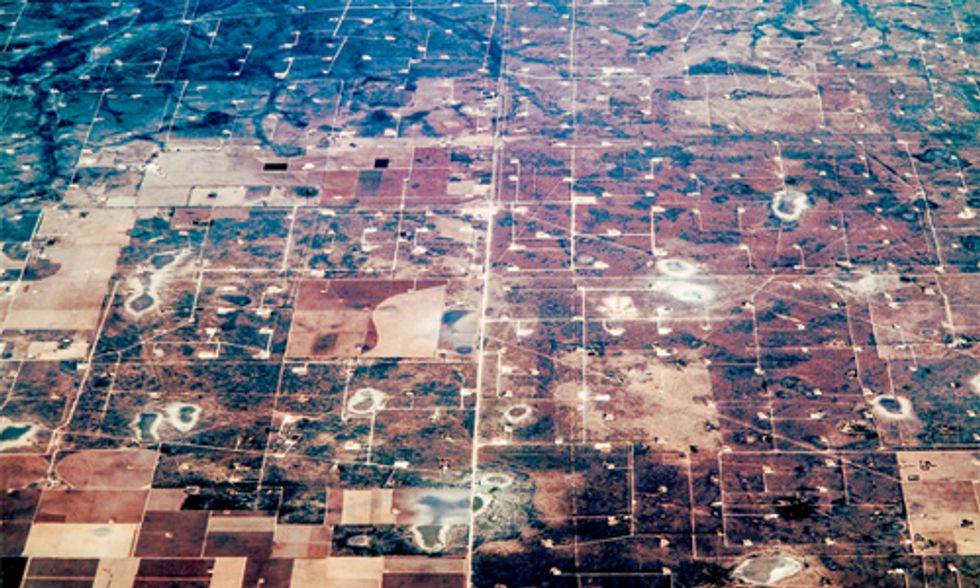 In response to Texas Gov. Rick Perry (R)’s wild claims about fracking on Fred Dicker’s Talk 1300 Radio program this morning, John Armstrong of Frack Action, on behalf of New Yorkers Against Fracking, wanted to remind Gov. Perry about some of the facts he forgot.

“Governor Perry suffered another colossal ‘oops’ failure today, forgetting the harms fracking is causing Texans each day under his administration," said Armstrong. "Although he’s in New York for 'job recruitment,' we expect he’s going to find that contaminated water, toxic air and a range of negative health impacts are not selling points. While he enjoys clean, frack-free New York water and air, we took the liberty of writing down three facts for Governor Perry."

2. Fracking pollutes the air: An eight-month investigation recently revealed that fracking is releasing a "toxic soup of chemicals" into the air, linked to hundreds of reports of sickness, and that Gov. Perry's administration is failing to monitor or address the situation. That's even though the Colorado School of Public Health has identified air pollutants by fracking sites at sufficient levels to raise risks for cancer, neurological deficits and respiratory problems, American Lung Association data show alarming levels of air pollution near fracking, and a recent study found high levels of benzene and volatile organic compounds at fracking sites in rural Utah.

And if Gov. Perry can’t remember any of these points, this picture from fracking in Denton, TX in 2013 about sums up the experience: