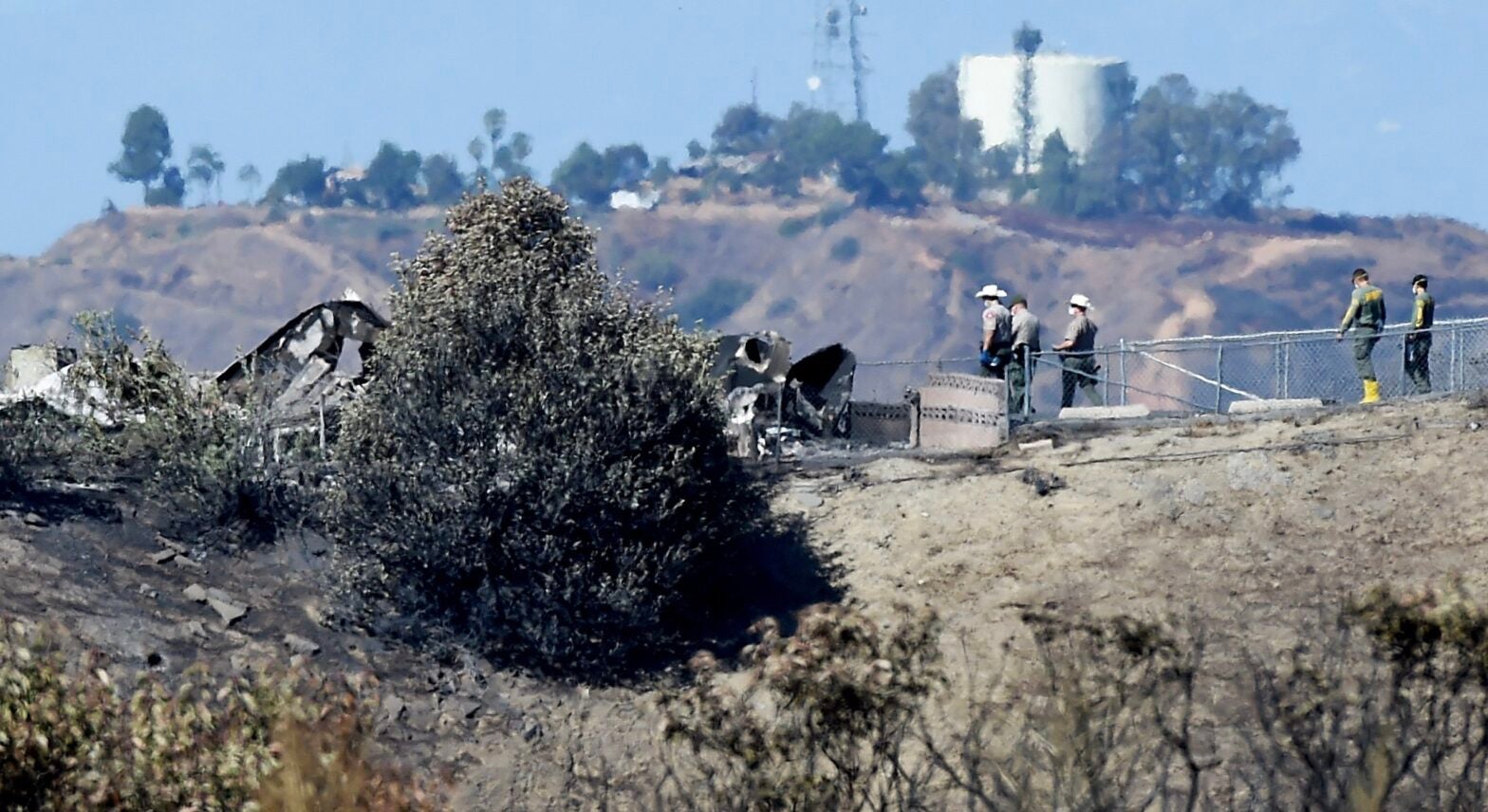 A man in his late 50s died of a heart attack Friday while talking with firefighters as the Saddleridge Fire raged in the Los Angeles’ San Fernando Valley foothills. And two people died when the Sandalwood Fire burned through a mobile home park in Calimesa.

Both blazes ignited Thursday, CNN reported. Here is a breakdown of their impacts.

The Saddleridge Fire forced 100,000 people to flee their homes in Los Angeles. and closed several freeways, according to Reuters. It also led to poor air quality over northern Los Angeles, prompting dozens of public schools in the San Fernando Valley to close.

The man who died was one who chose to ignore the evacuation order and attempt to fight the fire himself.

U.S. Representative Brad Sherman (D-Calif.) was one of the evacuees who heeded the order.

“I left a bit earlier than most because I was watching the news and the moment they posted on the internet that I was in the mandatory evacuation area, I was out,” Sherman told Reuters.

The fire grew to 7,500 acres Friday, but is now 42 percent contained and all evacuation orders have been lifted, according to the latest update from the Los Angeles Fire Department. Forty structures have been damaged or destroyed.

The Sandalwood Fire ignited when a garbage truck dumped burning trash that spread onto vegetation, Reuters reported. It burned 76 homes in Calimesa in Riverside County.

Among those homes were dozens at a mobile park, where the fire’s two victims died.

The Los Angeles Times shared the fate of one of them:

Family members of Lois Arvickson confirmed the 89-year-old died in the fire. Don Turner, Arvickson’s son, and his wife, Kimberly, spent Thursday night at an evacuation center, desperate to hear news of his mother, who lived alone at the Villa Calimesa Mobile Home Park. She was on the phone with her son when the blaze, dubbed the Sandalwood fire, reached the park.

Kimberly Turner said neighbors reported seeing Arvickson get in her car to leave, but they don’t know what happened next. The Turners saw TV news coverage that showed Arvickson’s home destroyed by fire and the car still in the driveway.

The second victim, whose remains were found in the park, has not yet been identified, NBC Los Angeles reported.

That fire is now 86 percent contained, according to the most recent update from The California Department of Forestry and Fire Protection (CAL FIRE).

#SandalwoodFire off Calimesa Boulevard and Sandalwood Drive in Riverside County is 1011 acres and 86% contained. Unified Command: @CALFIRERRU , City of Calimesa and City of Yucaipa. pic.twitter.com/seVBTjej5H

The fires were fanned by the Santa Ana winds, NBC Los Angeles explained, which blow through Southern California in the fall and have been linked to wildfires in the region. Fall is one of the most dangerous seasons in California for wildfires: seven of its 10 most destructive occurred in October.

In Northern and Central California, utility Pacific Gas and Electric (PG&E) responded to similarly dry, windy conditions last week by shutting off power to 800,000 customers in an attempt to prevent a fire. As of Sunday, the utility said all power had been restored.

While individual fires are sparked by localized weather patterns, the climate crisis has also contributed to an increase in the length of the fire season and the size of the blazes.