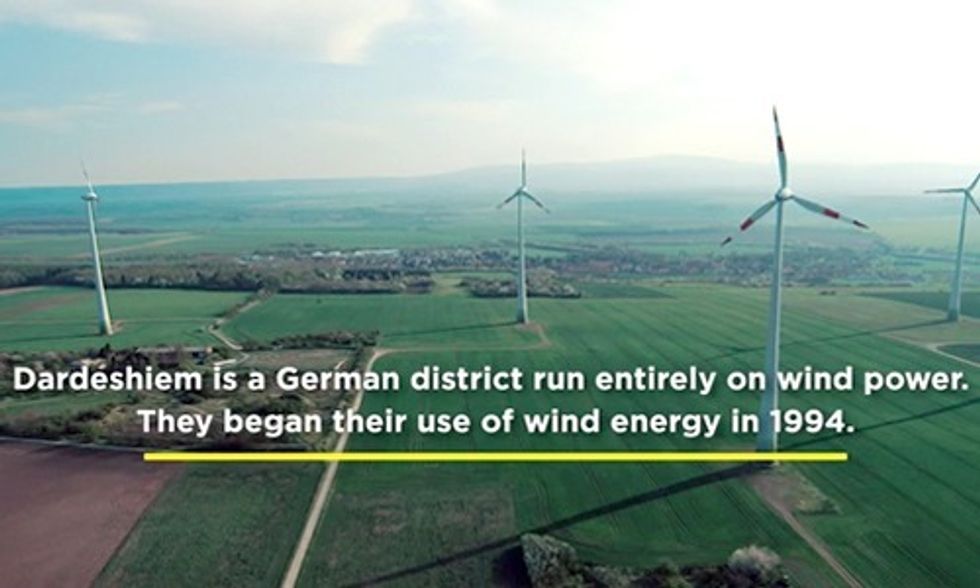 Communities around the world aren't waiting for global leaders to take action on climate change. They're taking action now.

This episode of In the World, an original series by Fusion, highlights three communities that have already transitioned away from fossil fuels to run completely on renewables.

One of communities featured, Burlington, Vermont, was featured on EcoWatch earlier this year when it became the first U.S. city of any decent size to run on renewable electricity. The other two communities—Dardesheim, Germany and Dharnai, India—provide exciting models for other cities and towns around the world that are beginning to make the transition to clean energy.