3 Challenges to Overcome to Grow the EV Market 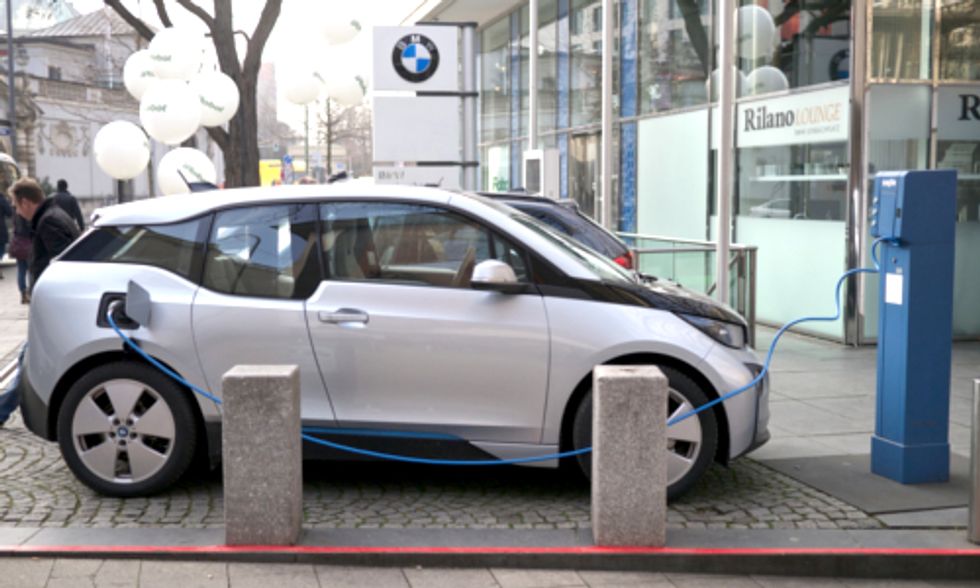 From Cadillac’s ELR commercial to BMW’s clever marketing of the i3, if you watched the 2014 Winter Olympics or the Academy Awards, you’ve probably picked up on the fact that electric vehicles (EVs) are effectively “in.”

Although EVs still encompass a small share of total passenger vehicle sales (0.62 percent nationally and 1.4 percent in California), they continue to grow in popularity. U.S. EV sales grew 83 percent from 2012 to 2013. Compared to hybrids, which were a relatively unfamiliar technology when they arrived in 2000, EVs have sold twice as many units in their first three years on the market. And on a global scale, EVs are expected to increase 86 percent in 2014. This technology is entering a major growth phase.

A BMW i3 electric car gets a charge. The vehicle is a hot new model expected to sell well, but the EV market can only reach its potential with expanded charging and consumer awareness, along with the easing of range anxiety. Photo credit: Kārlis Dambrāns/Flickr Creative Commons

Unfortunately, however encouraging these numbers might be, they’re not enough to meet the challenge presented by our nation’s reliance on oil for transportation. Electric vehicles need to be sold even faster, at lower costs, and in more places for Reinventing Fire’s vision of an oil-free transportation system by 2050 in the U.S. to become reality. For this to happen, three major challenges need to be overcome: 1) high upfront electric vehicle costs, 2) lack of consumer awareness, and 3) range anxiety—real or imagined.

With a little help from plunging EV battery costs, electric vehicle manufactures are working on number one, while the presence of EV ads in recent popular media events would suggest that they are at least cognizant of number two. But range anxiety—the fear that your electric vehicle might run out of juice before you reach your destination—continues to limit widespread, accelerated electric vehicle adoption.

Range anxiety—a real issue, even if it's not

In much of the U.S. the majority of charging takes place overnight at home. Research has shown that range anxiety in the U.S. isn’t really an issue when you look at our travel habits—95 percent of trips made in the U.S. are 30 miles or less, well within the range of all existing mass market electric vehicle models. And when taking U.S. car ownership trends into account— approximately 57 percent of American households own two or more vehicles—one household car could easily become an EV capable of handling the majority of our transport needs, while still leaving a gas-powered car for the occasional longer trips. Some EV manufacturers are even beginning to offer gasoline car loaners as part of the EV lease/sale package.

But even if range is a small issue, perception of risk matters just as much as actual risk, and a robust electric vehicle car charging network from New York to San Diego would do nothing but good for the industry. Owners of gasoline-powered vehicles have long benefited from readily available and evenly distributed gas stations in cities and along highways across the country. There are approximately 120,000 gas stations in the U.S., each with multiple pumps enabling quick fueling. Meanwhile, there are 20,000 public charging stations nationwide, with heavy concentration in California and other coastal states.

Fortunately for now, the vast majority of charging is done at home, where many EV owners have an in-garage charger or other access to charging. However, data from Idaho National Laboratory, which has tracked charging station use since 2011, suggests that the importance of public charging has grown. As a percentage of electricity consumed for electric vehicles, home charging declined from 88 percent in Q4 2012 to 78 percent in Q4 2013. Furthermore, when you consider the potential for EVs in dense urban areas, where private garages and driveways are few and far between, it’s clear that our charging infrastructure has a long way to go if we’re going to assuage potential electric vehicle buyers’ range anxiety.

Perhaps the biggest reason for the lack of a robust EV infrastructure is cost. Whether you’re installing a home charger for $1,000, a curbside level II station for $8,000, or a DC level III fast charge station on a highway corridor for $50,000 (approximate costs as price varies greatly), these stations are expensive and difficult to build a successful business model around. As with our solar balance of system work, RMI believes there is immense opportunity for cost reduction in the EV charging infrastructure industry.

Over the next few weeks, we’ll be publishing two more blog posts outlining the existing cost structure of different charging stations, discussing what the major cost reduction opportunities may be, and exploring the business models that could be enabled if EV charging infrastructure costs were half of what they are today. For industry, this discussion couldn’t be more timely; the Alternative Fuel Infrastructure Tax Credit expired at the end of 2013, forcing infrastructure equipment manufacturers and installers to take a hard look at exactly how much it costs to deliver electricity to EV users and figure out how to lower that cost.

We hope you’ll engage with us and industry on this exploration to help outline exactly how to enable the widespread, cost effective deployment of a nationwide electric vehicle charging station network—a network that’s sure to help convince unsure EV consumers to make that purchase and make electric vehicle commercials the norm, not the exception, for years to come.