3 Apps Teach Preschoolers How to Protect the Planet 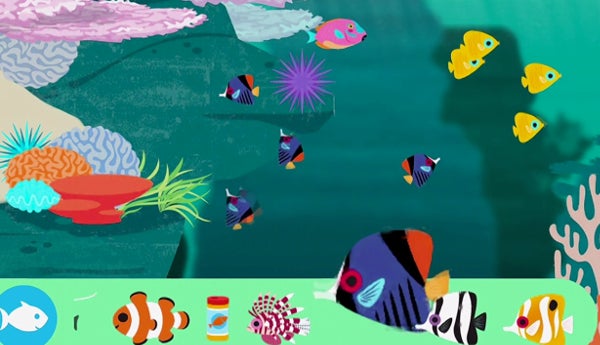 The time to get your child thinking about saving the planet is pretty much as soon as they’re aware that there’s a world outside their home. As kids begin to explore and ask questions, they start forming their ideas about their responsibility—or lack of it—toward the environment. Certainly, as soon as they’re old enough to start playing with engaging animated apps, they’re old enough to be getting a good message along with having fun. Here are three apps, especially designed for preschoolers, that will instill ideas about environmental responsibility so that they’re second nature by the time he or she hits kindergarten. And because they’re active participants, what they’re learning is more likely to become an intrinsic part of their lives. 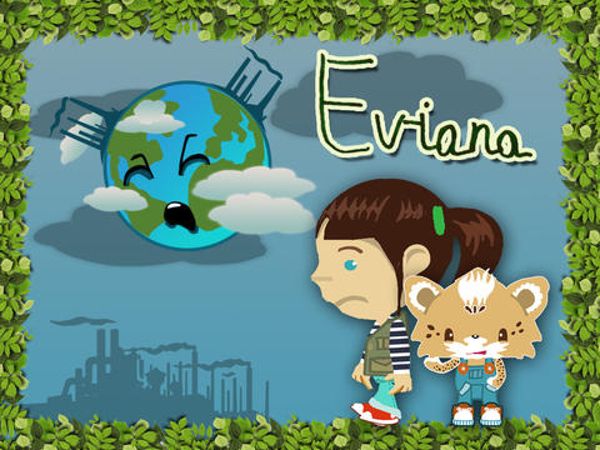 1. The Eviana series instills in the youngest kids ideas about protecting the Earth in easily digestible, bite-sized pieces, not overwhelming them with more topics and ideas than they can handle all at once. The series features two animated characters—a little girl named Eviana and her animal friend Bruno—in separate apps on recycling, water, wind power, pollution and the latest, garbage. “Eviana changes the world” is the message this series promotes, encouraging toddlers to think in terms of what they themselves can do to protect the planet. Kids can try out these actions in the apps, doing things like removing clouds of pollution by dragging them off to the side or getting to the root cause of it by taking cars off the road or shutting down belching factory chimneys. This one is available only for tablets. 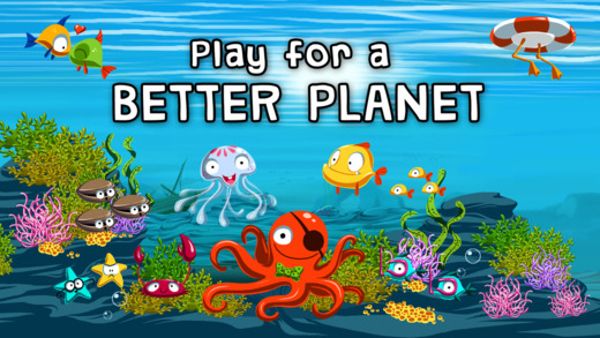 Animals’ habitats are cleaned up by the actions of players in the Gro Memo app. Image credit: Gro Play

2. Like Eviana, Gro Play has a series of individual apps that lets preschoolers play around with different nature- and conservation-related topics and receive on-screen rewards for doing the right thing. Gro Flowers teaches them a lesson about biodiversity while they’re making and saving colorful flowers and watching bees pollinate and make honey. Gro Gardening introduces kids to Connie the Compost and her microorganisms and rewards kids with vegetables for feeding her. In Gro Recycling, kids can feed different things into a music-laying recycling machine and see what comes out. And in Gro Memo they get to “play for a better planet,” helping make cute animated animals happy by cleaning up their ocean and forest homes and making trash disappear. It’s available for multiple platforms. 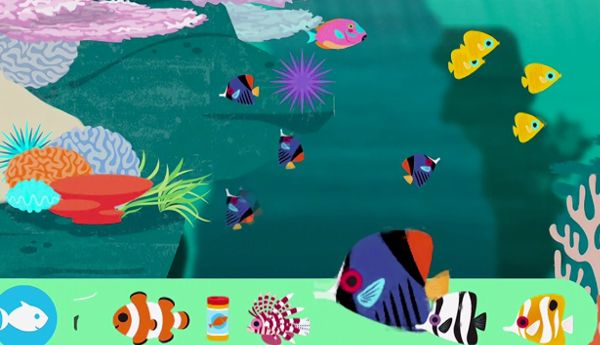 In Marco Polo Ocean, children can save their favorite fish in an open “aquarium.” Image credit: Marco Polo Learning

3. Marco Polo Ocean lets kids explore and interact with the underwater world. This app takes users from the shoreline to the ocean deeps, steering their own submersible boat. In the process they engage in interactive projects including building a coral reef, designing personal aquarium and adding fish and marine animals to the ocean. A tool allows them to see where each creature lives in the ocean and what its behaviors are like. Fun, simple narration enhances the child’s exploration, emphasizing vocabulary and key facts. Although it’s being promoted as an introduction to STEM (science, technology, engineering, math) education rather than environmental awareness, it’s hard to believe that a child who gets excited about the ocean’s ecology and its creatures won’t grow up to be outraged by the way humans are abusing it. It’s available for iPad, iPod touch and iPhone.

Every Time You Recycle a Can, You Strengthen the U.S. Economy

Obama Sets Out to Fight Climate Denial in Classrooms, Museums, Bathrooms and Other Places